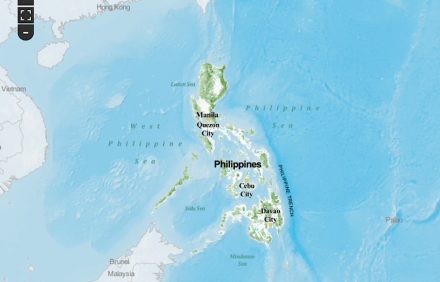 The Philippines’ national mapping agency (Namria) has announced that there are more than 500 new islands in the country as a result of new high-resolution radar data. The total number of islands now is 7,641 most tiny and not populated. (1, 2).

With a new product line called Polycor Hardscapes & Masonry the Canadian-based company intends to become the number one provider for landscape architects and contractors across North America.

„Tubing On the Colorado” is the name of a sculpture of Yule marble artist Madeleine Wiener created for Glenwood Springs, Colorado (1, 2).

Arlington National Cemetery will spread out to surround the US Air Force Memorial due to lack of space within the next decade, the Air Force Magazine reports. Black granite is used there in a wall bearing the core values; marble headstones dot row after row the final resting place for 375,000 men and women.

A free training course about Drystone walling will be held on November 14 and 15, 2019 in Santa-Reparata-di-Balagna on the island of Corsica. Organizers are the Fédération française des professionnels de la pierre sèche, the DREAL Corse and the Pays de Balagne (French).

„Modern Marble Transformed this 19th-Century Newton Master Bath“, is the title of a design-report in the Boston Magazine.

Photos of rock formations are available for free download from a webpage.

While in July 2019, two new sites of the Check Republic were inscribed in UNESCO’s list of World Heritage Sites (among them the Krušnohoří Mining Region), the country’s capital Prague might lose this status due to planned hi-rise buildings.