Tremendous fire at the Shuri Castle in Japan 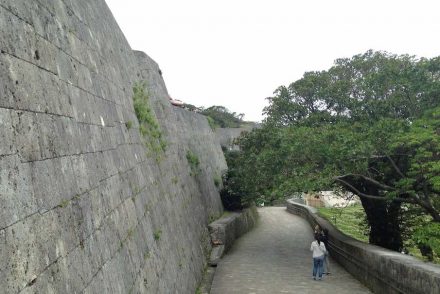 A tremendous fire has destroyed parts of Shuri Castle, one of Japan’s World Heritage sites. The castle with wooden buildings above impressive stone walls served as the main palace in the Ryuku kingdom. Its king ruled the Southern Japanese islands from 1429 to 1879 based on a religion strongly linked to nature.

Shuri Castle had been built about 500 years ago on hills overlooking the surroundings. It had been heavily damaged by fire during the battle od Okinawa during World War II and was later reconstructed with considerations even for the smallest details. In 2000 it was inscribed in the Unesco list of World Heritage sites.

The complete world heritage site comprises „9 parts with archaeological ruins of 2 stone monuments, 5 castles, and 2 cultural landscapes. They are scattered across Okinawa Island,“ according to the Unesco webpage.

Impressing for visitors approaching Shuri castle are the high walls of stone surrounding the hill making it an impenetrable site. They were erected using limestone from local coral reefs. Around Shuri castle, the stone blocks are composed in an extremely precise way as known from Incan walls in ancient Latin America.

The fortifications around Nakijin castle are as high but much more simple in construction. 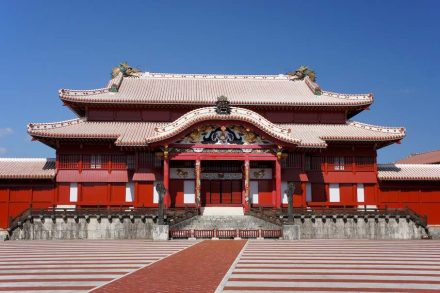 The people of the Ryuku-kingdom were successful traders having strong links to China, Japan, and Southeast Asia. They saw themselves in close contact with nature and the Gods. King would become the priest who could prove having received a prophecy from the sky.

The Sefa Utaki forest was regarded to be the earthly home of the Gods. In the cavern there, the water dripping from holy stalactites was measured as a prediction of the harvest of that year.