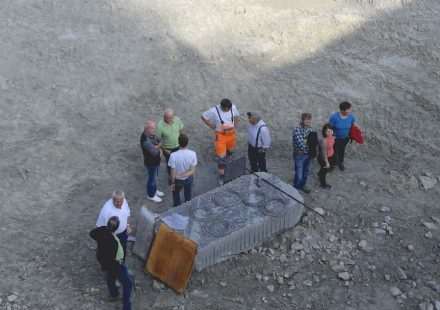 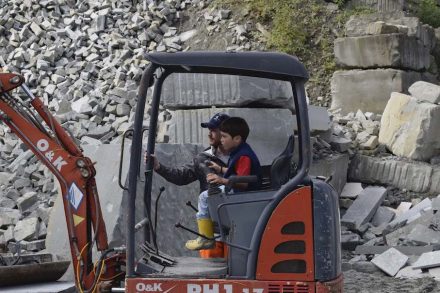 „The colleagues all pitched in. Everyone made a contribution.“ Hans Bärlocher, President of the quarry section in the Swiss Natural Stone Association NVS, described in a nut-shell what made the Quarry Day this year such a success:
1) All quarries participated in the common applications, and,
2) Everyone also contributed to the PR effort.

This may sound trivial, but it deserves special attention. Small and medium enterprises (SME) usually expect their Trade Organization to take care of events from start to finish. After all they paid their dues throughout the year.

September 14th saw the start of this year’s Quarry Day (Italian: Cave Aperte, French: Carrières à voir. Activities included nation-wide tours through the quarries and workshops. There were several information stands where visitors could direct questions e.g. on ecology and sustainability to employees and specialists in the field. 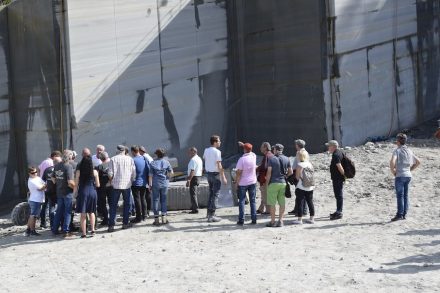 Another point above and beyond the call of duty: even though it was a Saturday, the quarries were working. In some the organizers even dove deep into the magic box and conducted a few blasting for special effects. Heavy machinery was out everywhere and for children, fully operational miniature caterpillars and diggers. 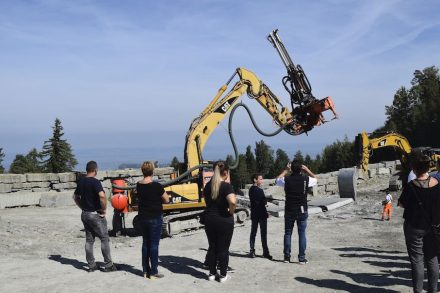 All in all, some 7000 visitors came and participated. That’s a very good result considering that the entire population of Switzerland is a mere 8.5 million – nearly one in ten came. Each quarry toured some 500 to 800 visitors necessitating direction posts and special roads. 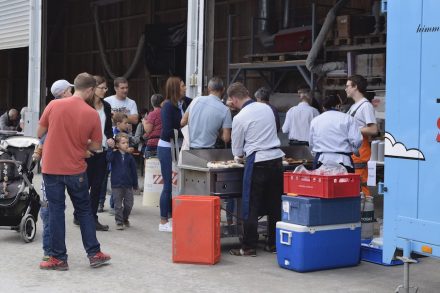 Other bits of organization were to convince the local firefighter to participate as the manager of the parking area and arrange for refreshments or alert neighbors that the weekend would be noisy and tumultuous. 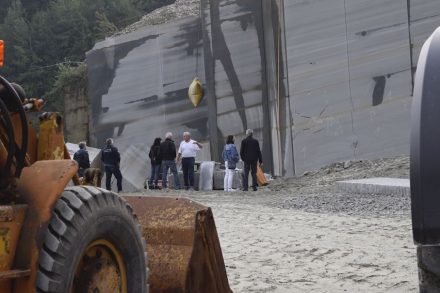 The Organizers were good communicators. The Trade Organization even aired a 10 second miniature add on national television at prime time a total of 20 times at a cost of 25,000 SFR. With this they obviously reached the greater portion of the population. 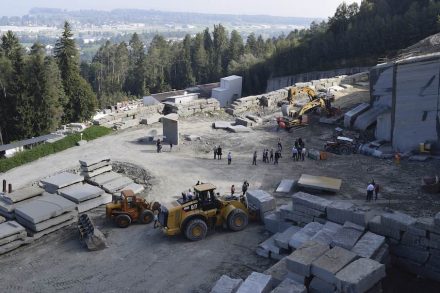 Each enterprise had their own activities: from information to social media. From messages in the local press to information leaflets, distributed beforehand from the office.

Will there be a repeat performance next year?

Bärlocher is reticent despite the success. He points to the enormous energy required from all participants to stage this event. 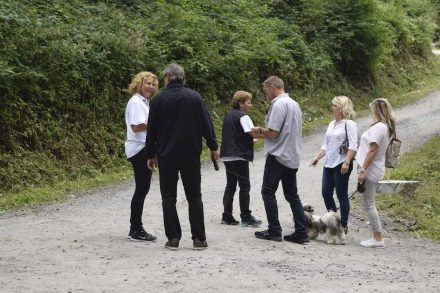 There are also other target groups which the Organization should address. Natural stone companies will probably participate in setting up an exhibit in Parliament in Bern next year. It was initiated by the gravel branch and the aim is to inform politicians.

In the coming year seminars for architects and interior decorators are planned. In 4 years another Quarry Day could be held for the general public says Bärlocher.

The aim of the 2019 Quarry Day was pure PR to raise awareness for national stone as a resource. The motto: Natural stone is a gem not a mere commodity („Naturstein ist ein Bodenschatz, nicht nur ein Rohstoff“), and to leave the population in a positive mood for the upcoming official approvals of further quarry mining. 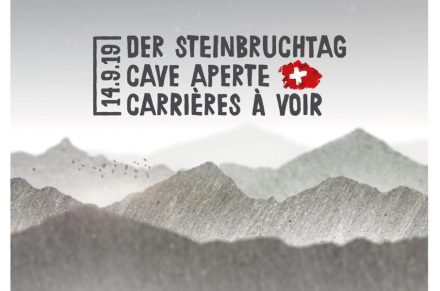