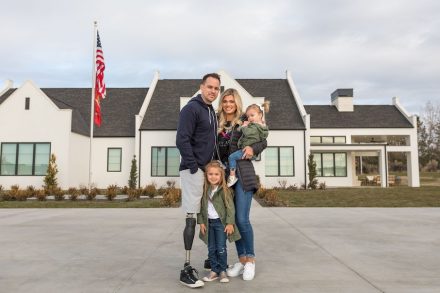 Natural stone and fabrication services for US Marine Corps Staff Sergeant Jesse Cottle and his family in Idaho were provided by Arizona Tile, Daltile, Salado, and Valley View Granite.

Jesse Cottle joined the US Marine Corps in 2003. On July 19, 2009, during his fourth deployment, Jesse and his Explosive Ordnance Disposal team were on foot patrol clearing improvised explosive devises in Helmand Province, Afghanistan. An IED detonated under Jesse, blasting him into the air. After being sent to the National Naval Medical Center in Bethesda, Jesse underwent seven surgeries on both legs. He was then sent to Naval Medical Center San Diego for outpatient care, where he met Kelly, the woman who would soon be his wife. The couple has two young daughters: Grace and Isla.

Natural stone and fabrication services for US Army Sergeant Stefan LeRoy and his family in Florida were provided by Real Stone & Granite Corporation. 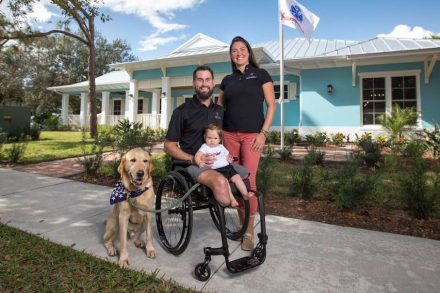 Stefan LeRoy enlisted in the Army in 2010. On June 7, 2012, while deployed in Afghanistan, two IEDs detonated and Stefan rushed to aid those injured by the blasts. While carrying an injured soldier to a Medevac helicopter, Stefan was struck by a third explosion. He lost both of his legs immediately. Stefan was transported to Walter Reed National Military Medical Center, where he spent over a month in the hospital. He spent two years learning to adapt to his prosthetics, drawing strength from his friends and other amputees at the hospital. Sixteen months after his last surgery in September 2014, he ran the Boston Marathon.

59 Natural Stone Institute members have donated their time, products, and services to this cause since 2016. A list of all donors can be found at www.naturalstoneinstitute.org/RISE. Stone companies interested in getting involved with future projects are encouraged to contact Pam Hammond (Mail).