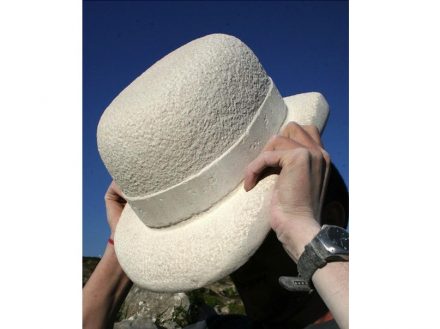 Peter Crinnion is not a producer of monumental works or themes, but rather of small shapes. In his attachment to the mischievous, he could be compared the historical figure of Eulenspiegel, whose claim to fame was the practical joke and poking fun at people. On his homepage he writes of himself and his use of natural stone: „I enjoy the challenge of using a material and process that is often seen as anachronistic, in a new and relevant way.“ 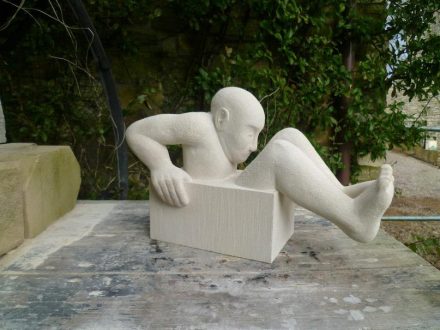 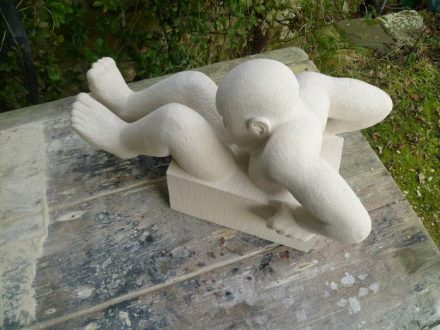 The theme of his works is often pure humor, like the variations of „Bloke“, a personification and declination of a humorous idea. „I hope to make people smile with my work,“ he writes. 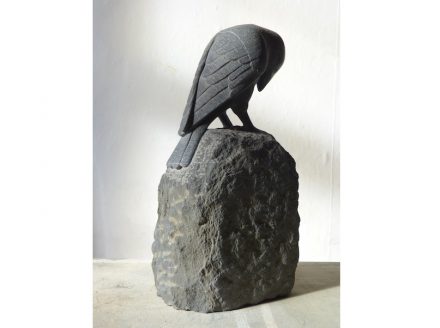 One or the other of these miniature works even shows philosophical depth, e.g. the raven perched pensively on a stone block. True, this is a natural position for birds. So his work incorporates an exact observation of nature. 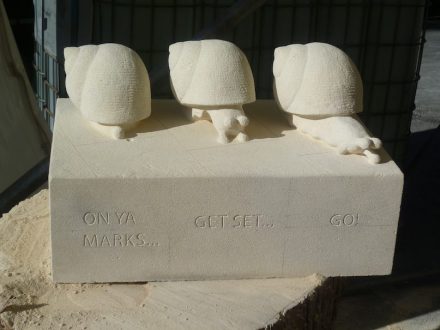 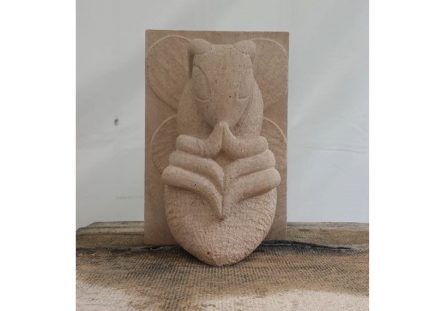 Just as the observation of the snails entitled „On Ya Marks… Get Set… Go!“ or the „Humble Bee“ buzzily praying (pun intended).
The metaphors could have come straight from Eulenspiegel, like many a prankish gargoyle. Reality and imagination are transient. 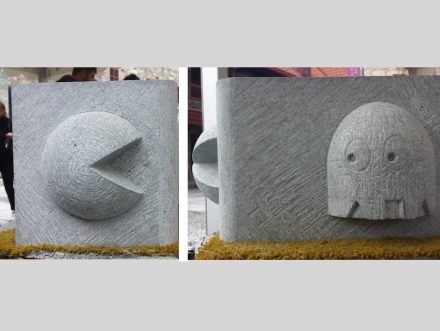 North Wales was one of the stops on his long path in the art of stone sculpting. Crinnion studied at several colleges and universities and worked a variety of materials. He must have found good teachers and mentors, all of whom find mention and who sent him to study outside the box of their curriculum.

So it was that he was in contact with the methods of stone sculpting – to work with the needed precision at first seemed like a straitjacket. But he writes: „I enjoyed the challenge of working to strict tolerances and found it satisfying to know that what I was doing was right or wrong“.

„I became even more obsessed. With the stone, but also with the geometry“.

Precisely this makes his work so fascinating to look at. It is a mixture of precision and freedom of expression and allows a snap-shot view a flash of his insight.