Marketplace in Novo Mesto, Slovenia: a natural stone pavement modelled along the baroque 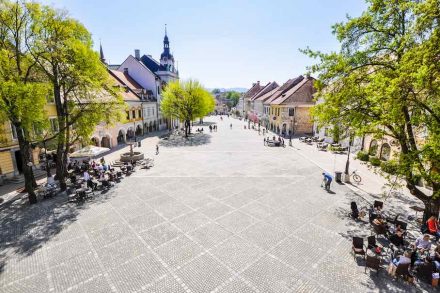 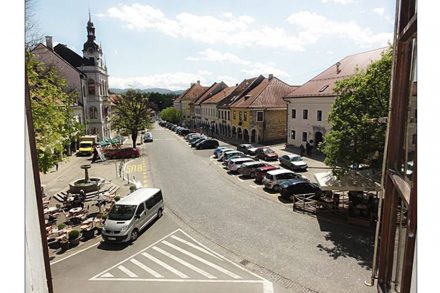 In the Slovenian town of Novo Mesto, the architects of Atelier Arhitekti have taken on the redesign of the old market square, and the result is a place that invites people to come and linger, just like in the old days. The design of the surface with a natural stone pavement plays a special role.

The city with today 35,000 inhabitants was founded in 1365. It is picturesquely situated in a narrow loop of the Krka River, and this brings us to the market place in the old town: it is connected to the former only bridge over the water – you can already guess that it will have the shape of a funnel, narrow on the side with the bridge and wider opposite. 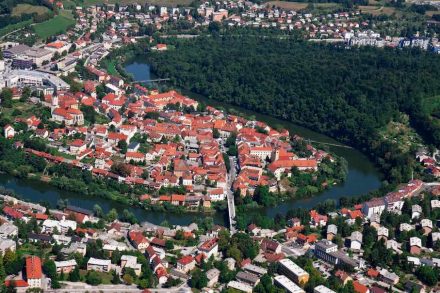 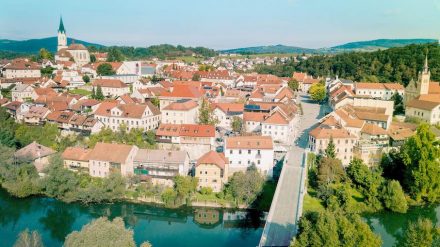 A special challenge for the architects was to create a practicable levelling. After all, there had been gradients in several directions across the square with height differences of up to one meter.

A key aspect of the new planning was to remove all traffic – except for delivery vehicles – from the square. The architects planned a pavement similar to the one from the 1950s, which had disappeared under a coat of asphalt. 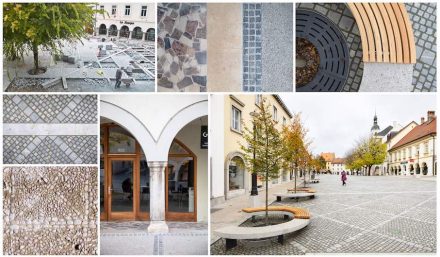 In the course of the work, however, there was a surprise: about half a meter below the current street level, the old pavement from the Baroque era reappeared, made of irregular river pebbles and with a striking pattern of squares. These were arranged diagonally across the market; at regular intervals there were always lines arranged at right angles. 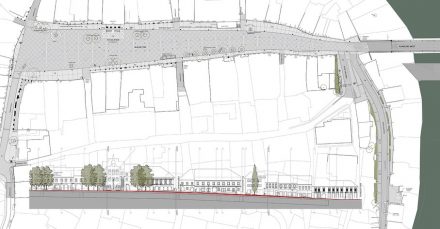 The architects decided to redesign and bring this pattern back to life! The paving was no longer done with the uncomfortable river pebbles, but with granite (tonalite) from the Pohorje region. The surface of the stones should be sawn, i.e. smooth.

Altogether the pattern is larger than before. 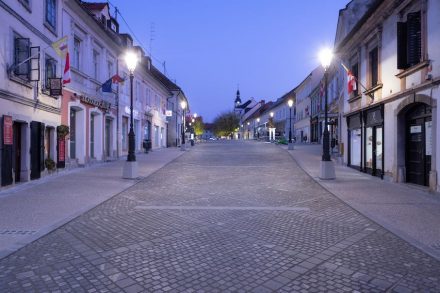 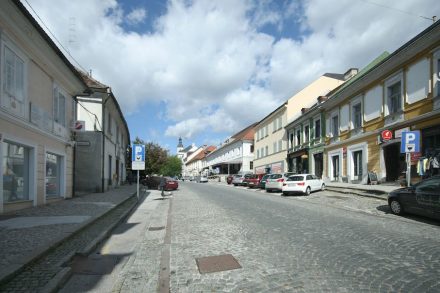 In front of the houses there is, as in the past, an optically clearly separated sidewalk. In the colonnades there is a pattern of polygonal stones on the floor. 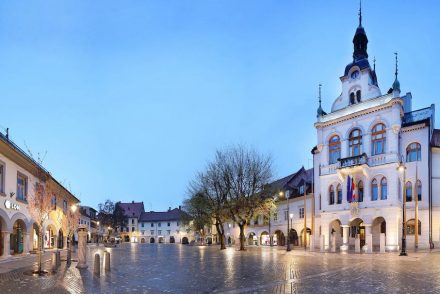 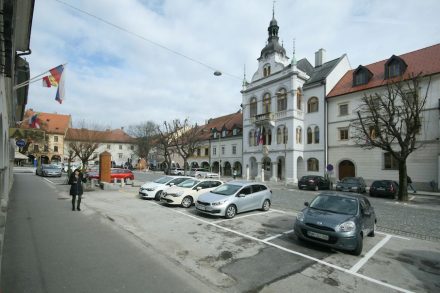 Surprising how big the market square now is, as the photo at the top shows. This is also due to the fact that the innovations such as the lighting and the benches blend discreetly into the overall picture.

„Upgrading the square” was the goal of the architects, as they write. This does not only mean to give it back its old functions. They also expressly wanted to make it recognizable as „something unique” and as a place of identification and remembrance, both for the citizens and for visitors.

The architects’ concept was awarded an Honorable Mention at the Piranesi Awards in 2019. These awards are given every two years and honor buildings in the Balkans and neighboring countries.

In addition to the redesign of the market square, Novo Mesto is now facing the renovation and modernization of the entire old town in the river loop. 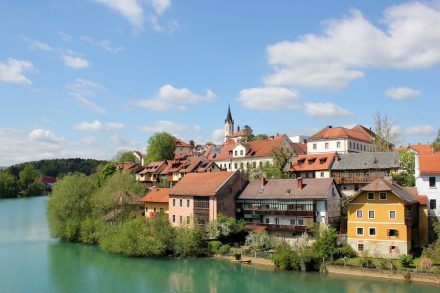