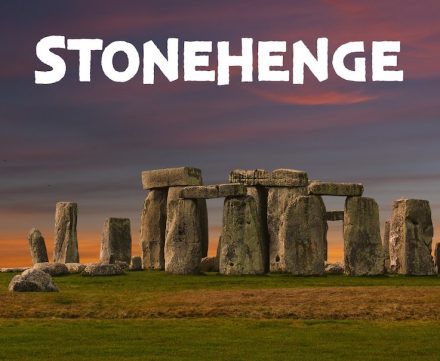 Nearly one million people make the journey each year to Salisbury Plain in England to see Stonehenge and experience its mysteries firsthand. For centuries, historians and archaeologists have puzzled over how this towering monument, with its iconic circular layout, was created and why. Now, Stonehenge is more accessible than ever to visitors of The Houston Museum of Natural Science (HMNS) through the special exhibition „Stonehenge: Ancient Mysteries and Modern Discoveries“.

Houston is one of the few cities to receive this installation, which contains 300 original artifacts, 150 of which have never traveled outside of Europe until now, including remnants of the society who built the monument and lived among its stones. Three-dimensional renderings help bring the ancient civilization—and history—to life.

Without a written record that documents how the monument was built, people have invented a number of theories, some more fantastical than others. „Because there is no writing by people during this time, we are left to our own devices to determine what happened,” says Dirk Van Tuerenhout, Curator of Anthropology at HMNS.

Thanks to radiocarbon dating and archaeological investigations, scientists have been able to determine that the true story of Stonehenge’s creation predates the real-life figures who inspired the myth of Merlin by several thousand years. In fact, the monument was actually built in phases across an estimated 1,500 years.

The first stage of construction began more than 5,000 years ago. Using primitive tools, possibly made from deer antlers, ancient people dug a massive circular bank with an internal ditch called a henge. Several 100 years later, these people managed to transport bluestones without the benefit of a highway from 200 miles away to form what is now the inner circle of the monument.

„We have geologists who can tell us that the upright stones came from Wales, so now you’re dealing with the logistics,” explains Van Tuerenhout. „How did they transport the stones from the quarry to the site during a time that was preindustrial?”

With River Avon nearby, scientists theorize that ancient people could have built a raft to carry the stones down river, managing somehow to not to drop any along the way. Another theory is that they transported the stones across land, moving them across many miles of uneven terrain relying
on muscle power only. Regardless, this information suggests that these ancient people had established positive relationships with other people in the area to be able to take such large stones from their quarries – a feat that must have taken several days.

The next stage took around 2,000 BC and lasted for approximately 400 years. Builders arranged sarsen sandstones from a local quarry into an outer ring, sometimes arranging them in the three-pieced structures called trilithons that stand in the center of Stonehenge.

The Stonehenge we see today, comprised of 93 stones, is incomplete. Many of its original stones have been broken or taken away, adding to the mystery of why it was built in the first place.

One of the prevailing theories centered on the Heel Stone, which stands about 250 feet away from the center of the circle. Each year, the sun rises over the Heel Stone on the longest day of the year and sets over it on the shortest day. This led astronomer Gerald Hawkins to theorize that Stonehenge served as an important astronomical calendar. His analysis of the stones linked 165 separate points on the monument to astrological phenomena including solar and lunar eclipses as well as the two solstices and equinoxes.

Modern scholars now believe that Stonehenge was dedicated to the builders of Stonehenge, who lived in a nearby settlement known today as Amesbury. Archaeologists found the remains of more than 60 cremations and estimate that as many as 150 individuals were originally buried at the monument. It is believed that this burial ground was reserved for leaders and elite members of the society.

„Stonehenge: Ancient Mysteries and Modern Discoveries, on display at The Houston Museum of Natural Science (HMNS) through March 22, 2020.