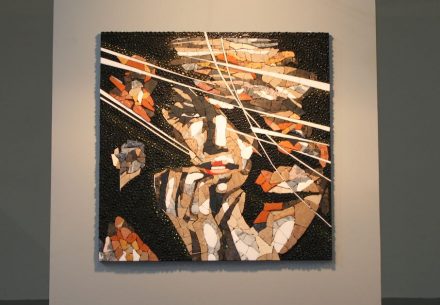 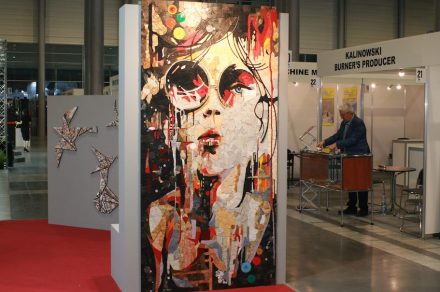 „Stone” has established itself as a small but distinguished Trade Fair in Poznań, Poland, which took place from November 20th to 23rd 2019. There were almost 300 exhibitors, 60% of them from other European countries as well as from Brazil, China, India, South Africa and the USA. Over 5000 visitors were counted. Apart from natural stone, the glass trade fair is also a theme, since both sectors use the same machines. 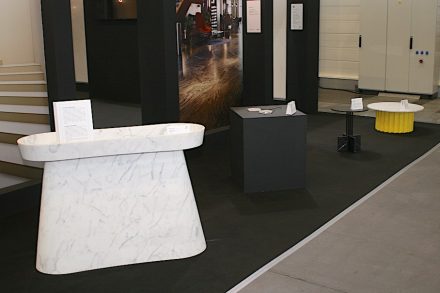 The accompanying program is becoming more detailed from year to year. The exhibition „Designed Stone” took place for the first time, in which the magazine Nowy Kamieniarz in cooperation with Stone-Ideas.com showed everyday objects made of stone.

There was a rich program of lectures, including thoughts by Anil Taneja from the world association Wonasa on the future of natural stone in competition with artificial materials. Lubosz Karwat, multiple award-winning mosaic artist, showed the current state of affairs (see photos on top) in his art and held an open workshop for visitors. 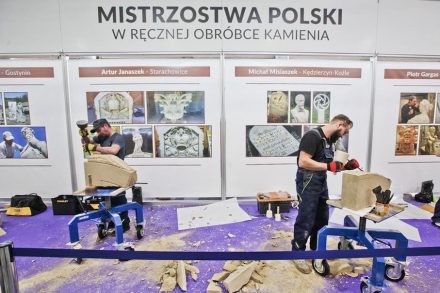 The competition of stonemasons who had to carry out a given task in Polish sandstone and limestone – completely by hand – was held for the 2nd time. 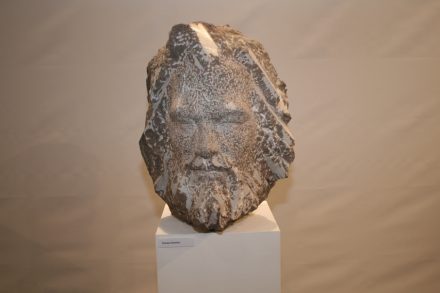 Traditionally, the MTP exhibition company awarded its Acanthus Aureus Gold Medals. They went to:
* Comandulli Meccaniche Costruzioni for its edge polishing machine Edil Plus submitted by Mach Plus Sp,
* Breton for its 5-axial cutting and milling center,
* Pamir for its conglomerate Semi Quartz,
* Lapidaris,
* Lapitec for its syntherised stone, submitted by Euro-Granite,
* Grzegorz Adamus,
* ATM Solutions for its ATMS Waterjet 1010-B. 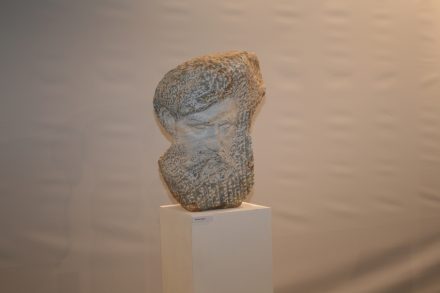 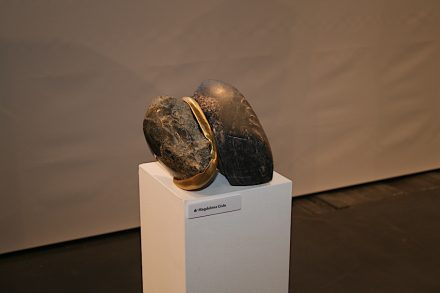 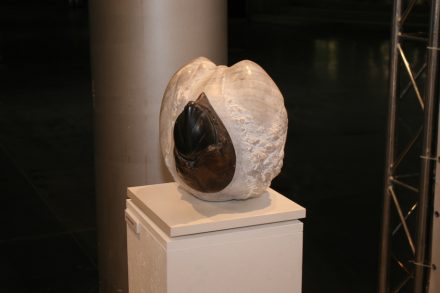 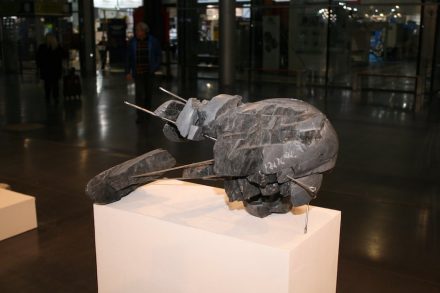 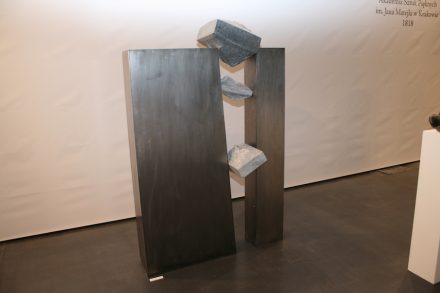