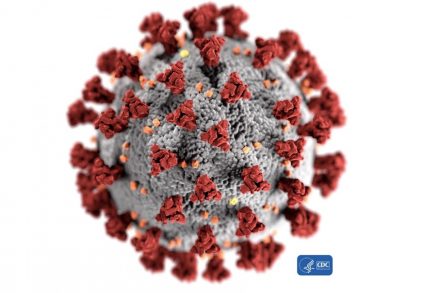 Consequences also on container traffic and trade fair activities / Politician in Massa-Carrara appeals: „We are not intimidated by a virus”

There is a great concern also in the natural stone industry worldwide about the outbreak of the coronavirus in more and more countries. Already, the first effects may be anticipated, even if it is not clear how long they will be felt: the sale of raw blocks to China will decrease. But that is only a reinforcement of a trend that has been observed for some time. Effects on the transport sector are also expected.

For the region around Massa-Carrara in Italy, for example, China plays a major role in the economy. The regional chamber of commerce research institute recently presented an analysis of the situation: in the first 9 months of 2019, the natural stone industry there exported roughly € 99 million in raw marble blocks to China. The number for the entire year 2018 had been € 120 million.

The analysis emphasizes the particular importance of the stone industry for the region: the € 99 million accounted for 11.2% of all exports.

Conversely, Massa-Carrara had bought general goods in China for around € 22 million. This corresponded to 5.8% of the total of all imports.

Besides, there are „many industries related to the stone business, such as banking, insurance companies, transportation, trade, engineering, etc.” and they will suffer indirectly, the analysis says. A representative of a business organization brings it to the point: „There is no doubt that our exports will be badly affected. ” 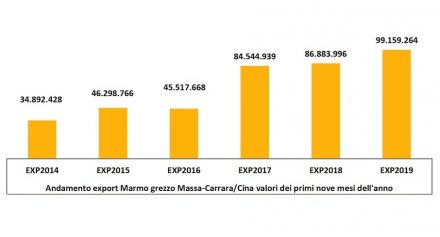 Funny part of the story: A politician from the region had already taken the initiative and visited some companies on one of the past weekends. On the Versilia Produce portal, she is quoted with the very big appeal: „A virus cannot intimidate us“ (Non lasciamoci intimorire da un virus).

Effects are also expected for global container traffic. According to research by Reuters news agency, the Danish industry giant Maersk sees disruptions in the loading and unloading of containers in the Chinese ports, partly simply due to a lack of personnel due to the disease. Disturbing normal processes could drive up costs because containers get short and carriers have to find expensive replacements.

In Turkey, companies are also worried. The country exports $ 700 million of natural stones to China every year, according to a report in the Daily Sabah newspaper which is close to the government. Aegean region exports to China decreased by (-)54.5% in February 2020, according to its Exporters’ Associations (EIB). However, no reference period is mentioned in the report.

Anyway, those data give just a snapshot. Figures from the IMIB association for January to November 2019 are more meaningful because they show the greater trend: exports in that period decreased by (-)16.07% in value compared to the previous year, and by (-)11.72% in tonnage. The statistics are presented in Marble Trend magazine (issue 51).

Amusing here, too: the president of the Aegean Association, Mevlut Kaya, commented on the February break-in with irony: but „we sent 20,000 to 30,000 medical masks to China after receiving demands via their social media application WeChat,” Daily Sabah quotes him.

From a Turkish point of view, the coronavirus is also problematic for the sector’s trade fair activities: with the postponement of Xiamen Stone Fair to June (06.-09.), the companies’ schedules had already become confused. And now it seems also questionable whether many buyers from China will come to Izmir „Marble” fair (April 01-04).

Already in February, the trade fair company had started an initiative to invite buyers from Europe.

Conclusion: Coronavirus will result in a further decline in Chinese imports of natural stone. This has consequences for the industry worldwide. It is unclear how strong and how long the consequences will be felt.

China’s imports are declining anyway, due to a slowdown in the country’s economy. On one hand, the reasons for this slowdown are the trade war with the US-government and on the other hand, the fact that the previous double-digit economic growth has come to an end, at least in the coastal regions and in the metropolitan areas.

However, China will remain a major importer of natural stone: its current growth rates of around 6% for the whole country continue to be impressive and the hinterland is still several decades behind.

There are also signs that the country is developing demand for valuable design products made of natural stone.