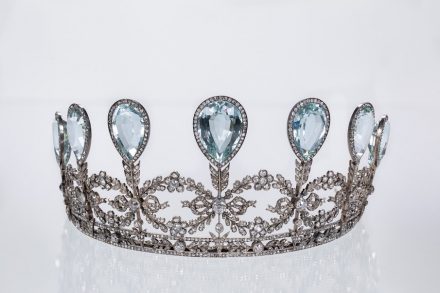 This diadem made with the gemstone aquamarine and diamonds is now part of the Dorothy and Artie McFerrin Gallery in The Houston Museum of Natural Science (HMNS). The collection already boasts two other Fabergé tiaras. Aquamarine is a variety of the mineral Beryl and has its name after the color of the blue sea.

The full marble statue of Michelangelo’s David at Glendale Cemetery in California came down and broke into pieces. In 2014, there had already been reports about micro-fractures in the stone copy of the famous sculpture.

Measurements of the boulders of Stonehenge reflecting sound and how people might have used that.

A 2,000-year-old ancient sundial in perfect condition was unearthed in Turkish Aegean city of Denizli.

Turkish machinery manufacturer Demmak has developed a truck for the stone sector. It weighs 21.1 t and can load 27.5 t. The name is „Deve” (camel), magazine Marble Trend informs (1, 2).

The UK has a new Worktop Fabricators Federation (WFF) launched in March 2020. 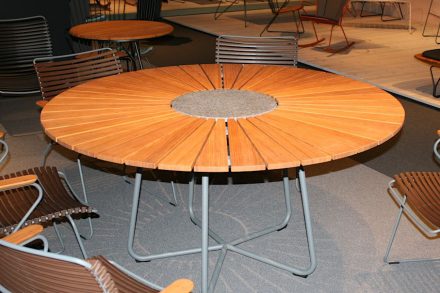 The table of Danish Houe company’s designers using native wood and stone is quite unadorned. „We are driven by affordable luxury as a philosophy,” they write in their catalog.

Examples for Drystone walling across Canada can be found in John Shaw-Rimmington’s blog „Thinking with my hands”. John is the president of the Dry Stone Walling Across Canada association (1, 2).

„The rituals that surround death are too emotional and important to be relegated to buildings that are soulless, functional and drab” is the message of a report about funerary architecture.

Excavations in various sites of Shivamogga district in India’s Karnataka state have revealed a rich megalithic past that dates back anywhere between 1,200-1,000 BCE.

Video of the month: A fountain in form of a book located in Egyetem Square in Budapest right in front of the Eötvös Loránd University.