Chen Guoqing: „China’s economy is expected to return to its normal growth rate in the third quarter of 2020” 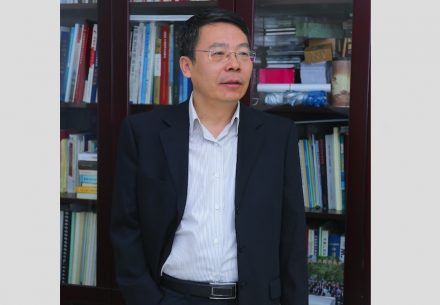 In last decade, the country has consumed about 90% of its natural stone volume each year on the home market, according to the president of China’s national stone association CSMA, exports accounted only for 10%

The China Stone Material Association (CSMA) is the country’s nation-wide stone organization. More than 1000 leading companies ranging from producers to manufacturers and traders are its members. Membership is voluntary. Since 2016, Chen Guoqing is the president. Peter Becker from Stone-Ideas.com spoke with him about the current situation.

Stone-Ideas.com: How long will it take until China’s economy comes back to the level before the Covid-19-pandemic?

Chen Guoqing: Since the beginning of February, the Chinese government has launched a series of tax cuts and fee reduction measures to support small and medium enterprises in resuming work and production. According to data released by the Ministry of Industry and Information Technology, by the end of March, the rate of work resumption of bigger enterpriseshas exceeded 90%, and that of small and medium-sized enterprises has exceeded 70%. In the stone sector, the enterprises have been back to work since February 10. By April 15, the resumption rate in major stone clusters has reached 90%, and the production recovery has reached more than 50%. China’s economy, as such, is expected to gradually return to its normal growth rate in the third quarter of 2020.
According to the data released by the National Bureau of statistics, China’s GDP fell 6.8% year on year in the first quarter of 2020, while the decline of major economic indicators narrowed sharply in March.
The rate of work resumption of bigger enterprises(refers to Industrial enterprises with annual revenue of its major activities more than 20 million RMB) is close to 100%, and that of small and medium-sized enterprises is more than 80%.
Recently, the International Monetary Fund (IMF) lowered its global economic growth forecast by a large margin. It is expected that the global economy will decline by 3% this year and China will grow by 1.2%.

Stone-Ideas.com: How about the construction industry in China: were those projects restarted which had been stopped due to Corona? Are there new projects planned?

Chen Guoqing: According to a survey conducted by the National Development and Reform Commission, as of March 20, there were about 11,000 key projects in all provinces of China, including infrastructure construction such as roads and railways, construction of medical facilities, public health and other livelihood projects, and construction of ecological and environmental protection, with a resumption rate of 89.1%. New industrial investment projects are also being launched. In Shanghai, for example, on March 31, 152 major industrial projects with a total investment of about 441.8 billion Yuan were signed, of which the total investment of foreign projects exceeded 16 billion US dollars. By the end of March, the resumption rate of Chinese construction firms and real estate developers had reached about 80%, significantly higher than the one at the end of February.
On April 22, ExxonMobil broke ground on its solely-funded chemical complex in Huizhou, South China’s Guangdong province. The total investment of the complex is about $10 billion.
By April 22, 1326 major projects with investments over 100 million RMB resumed construction in Wuhan, capital city of central China’s Hubei province, after lifted from lockdown on April 08. 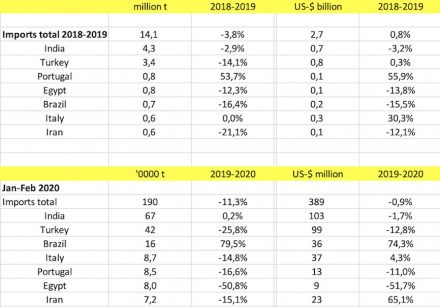 Stone-Ideas.com: How about imports by Chinese stone companies – have they started to buy stone from abroad, again? Do they do the shopping in the same countries as before?

Stone-Ideas.com: How about exports and national consumption?

Chen Guoqing: At present, with the resumption of China’s construction market, domestic orders by stone enterprises are also showing steadily recovery, and some export-driven enterprises now have a focus also on the domestic demand. According to statistics, in last decade, China’s annual consumption of stone materials in domestic market accounts for about 90%, and the exports accounts for about 10% of the total sales volume.