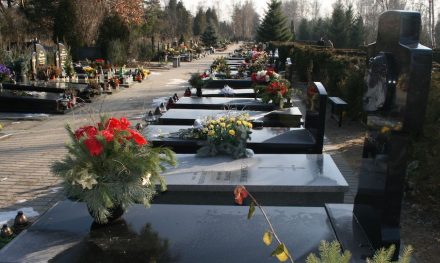 In many countries a profound change has taken place in the past decades: the traditional way of burial, i.e. in the grave and in the cemetery, is rejected by many citizens. Many prefer to cremate and then bury the ashes in small urn graves or anonymously, for example at the foot of trees in so-called cemetery forests. The cemetery industry in Germany and associated branches have now had the subject scientifically investigated, and the result is surprising: as with the conventional cemetery, alternative forms of burial do not satisfy the needs of the bereaved for mourning, according to one finding. The recommendation is: we must rethink mourning and give people places for it.

The background to the change in funeral culture is that modern man is a distinct individualist, according to the initial thesis. The conventional cemetery with its strict regulations is perceived as a „place of prohibitions, rules, egalitarianism and paternalism“, according to a finding from the studies.

In addition, there are the high costs of maintaining a grave.

However, even for modern individualists, mourning for the deceased is necessary, namely for saying goodbye. The best way to do this is to have a place saved in the mind map for this purpose.

A further insight is that it is important for modern contemporaries to be able to design this place and the way of mourning themselves.

That means, for example: souvenirs or greeting cards stored there must be taken just as seriously as the usual flower arrangements.

However: cemeteries do not allow so much individuality, and even in cemetery forests this is demonized. There it is often not even allowed to put up a name plate of the deceased.

The rigorous regulations here and there are justified by the fact that the bereaved wanted to be freed from grave maintenance.

The scientific studies confirm that this is indeed a wish of the surviving dependents.

So how can these very different findings be combined to develop a new concept for a burial place?

The scientists and the masterminds of the industry put the grieving person at the centre of their concepts. And promptly, unexpected formulations appear in their reports, such as: further developing the cemetery in a „customer-oriented” way and allowing citizens to „ritualize” their mourning. „Salutary farewell” is mentioned as the goal of mourning.

The place for this must be „wholesome for the bereaved”.

This means: society today also needs a „space for mourning”, both in mind and in matter. A first step in this direction is, in the modern fun and media society, to allow mourning to become a part of life again, as a „moment of living encounter with death and the deceased”.

And: Grief may also hurt, must even hurt, so that the wound of loss can heal.

Since mourning is an active process, according to another core thesis, the bereaved must be able to „claim and handle” the place of mourning.

For some, this could be done in a place of contemplation, where the person could „engage in inner reflection and observe nature”. Others wanted „collective mourning” or„encounter and communication”.

How would such a place be financed? The answer to this question is: If the place of mourning is really so important for the social welfare and well-being of the citizens, shouldn’t the respective community at least provide basic financing?

In the meantime, various initiatives are trying to initiate a public discussion in Germany about mourning in the future.