In the BioProMarL project, researchers hope to give the stone surfaces new properties, modelled on the lotus effect 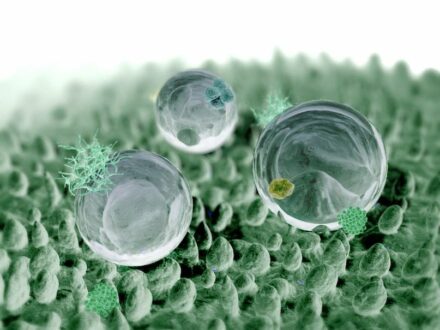 Presumably because the competition from artificial stones and ceramic is becoming increasingly fierce, voices have been heard more and more frequently in the natural stone industry for some years now calling for the use of science and research to give marble, granite and other types of stone improved properties. From Spain, a project is now being added that is already well advanced: BioProMarL is its title, it is funded by the European Commission (“Horizon 2020” program) and involves the company Levantina and laser scientists from Spain.

BioProMarL is called “Bio-inspired Protection of Marble with Lasers”. In concrete terms, this means that the aim is to manipulate the surface of the stone in such a way as to prevent dirt from settling and to improve skid-resistance, following models from the plant world. It is also about protection against stains.

The interested reader will be familiar with the concept, which originates from biomimicry and was already used by Leonardo da Vinci. It became popular in the 1960s as a new way of developing technology. The best-known examples are the clamp effect of plant seeds, used today for Velcro fasteners, or the lotus effect on the leaves of some plants.

It is now fully understood how this lotus self-cleaning effect is achieved: a leaf with this property has a surface of tiny peaks at the micro level, so that a drop of water touches the surface at only a few points and rolls off at the slightest movement, for example by rippling in the air or water. The plant does this so that it is not hindered in breathing.

Gloria Costas and Leo Tribaldo from Levantina also want to give such effects to the surface of natural stones. They are cooperating with the Laser Processing Group (LPG) of the Institute of Optics of the CSIC (IO-CSIC). Members of the CSIC team (Consejo Superior de Investigaciones Científica) are Jan Siegel, Javier Solis, Carlos Dorronsoro and Rocio Ariza.

To name just 2 of the challenges:
* you must find the right power for the laser and the right pulse for the beam to create the desired surface structure;
* this structure must also be durable – this is easy for nature, for example in the lotus effect, because it uses the flexible green of the plants and this is also regularly renewed.

A series of tests is underway with the most promising types of stone and the most suitable lasers.

The project started on September 1, 2019, limited to 18 months and may be extended due to the Corona crisis.

Finally, let us quickly look beyond the boundaries of the stone sector: the ceramics industry is bringing more and more products onto the market that are called “eco-active” and also have specific functions based on models from nature. The latest example is the tiles in the “Core Shade” collection by the Italian company Fiandre: “These are special self-cleaning, anti-odor, anti-pollution and antibacterial surfaces providing 24-hour antibacterial protection even in the dark,” according to a press release. The tiles were used for the new De Castillia 23 building in Milan shown on the photos below. 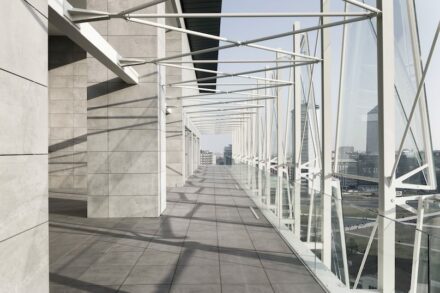 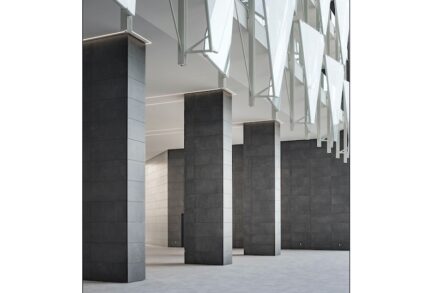 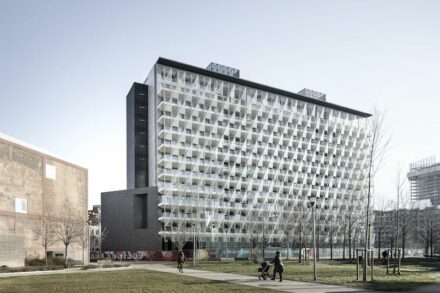