Vivienda CM in Buenos Aires: travertine for the exterior walls and roof of a residential building 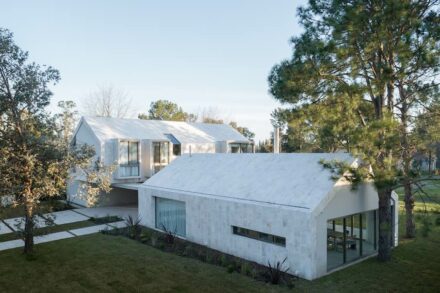 Architecture, in its simplest form, is a composition of geometric bodies, from whose interplay the building results. Some architects, however, do it the other way round: they first break down an existing building into its initial bodies and then use these forms to create something new. This was the case with the Vivienda CM (CM House), which the architects of Además Arquitectura had to build on the grounds of a golf and country club in the town of Canning near Buenos Aires.

The task was to build a house with a hipped roof. The characteristic of this type of roof is that it has slopes on all 4 sides.

The architects found this too conventional and not spectacular enough for the surroundings, we suspect, and so they broke down the initial model into smaller geometric elements, which they re-composed, as the following diagram shows: 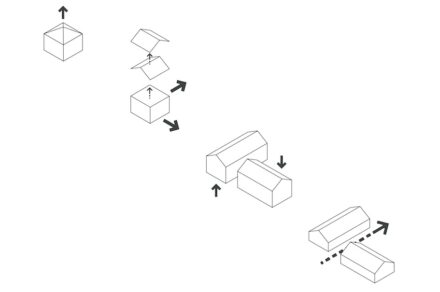 So, they received 2 in their form unspectacular buildings, and played with the shapes.

One of the playing fields was the arrangement of the two parts: as it happened here, it draws the surroundings into the open space in between, so to speak. A glass passageway connects the two parts of the building, thus creating an inner courtyard and at the same time a boundary to the street. 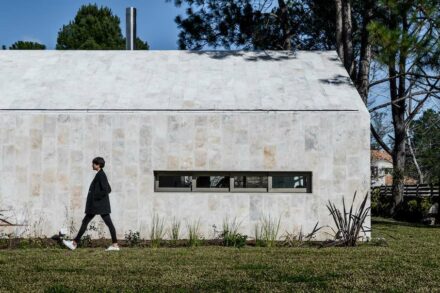 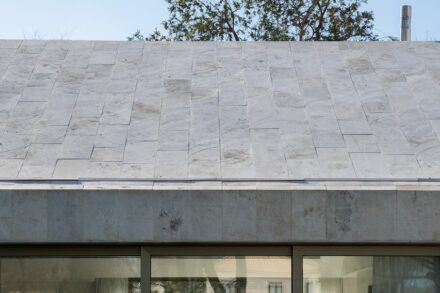 Another playing field was floor, wall and ceiling. Here they were visually dissolved by the usual material for the floor covering – here: travertine panels – was also used for the outer walls and even for the roof. This in turn gave the structures a monolithic form, taking the architecture back to its very beginnings.

But to ensure that the monolithic form is not heavy and repulsive to visitors, the ground floors are completely glazed towards the golf course.

The building sections differ in the number of floors.

Inside, there is a large room with a kitchen, dining and living room.

A staircase leads to the upper floor with the bedrooms and bathrooms in marble look.

On the outside walls, the travertine should “give this type of living space a robust and simple character”, according to the press documents. 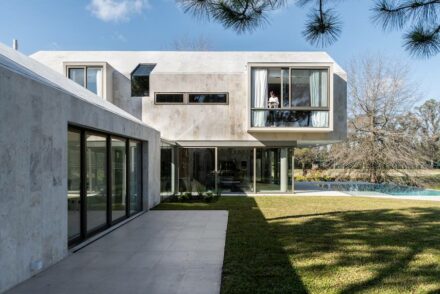 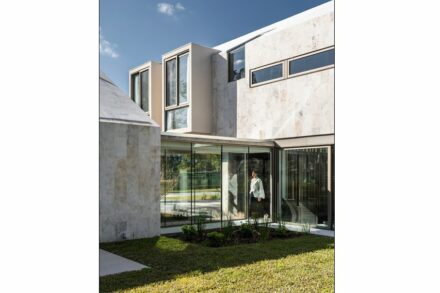 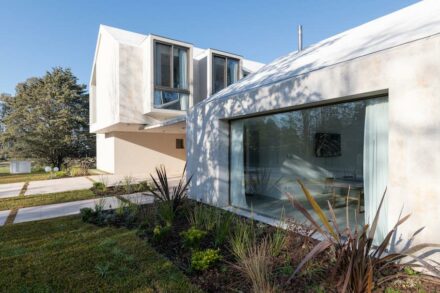 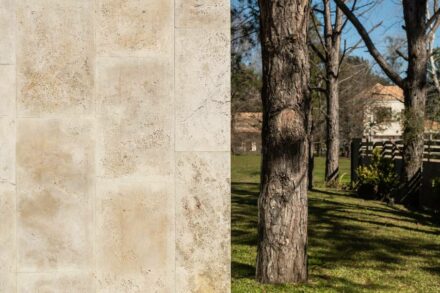 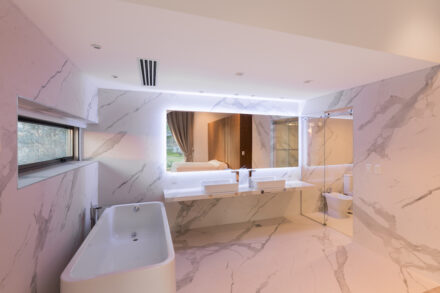 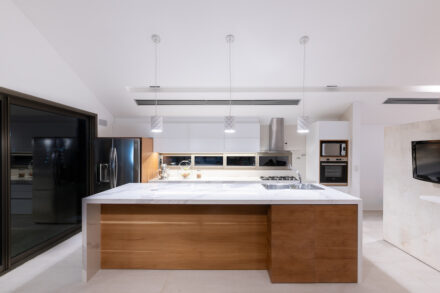 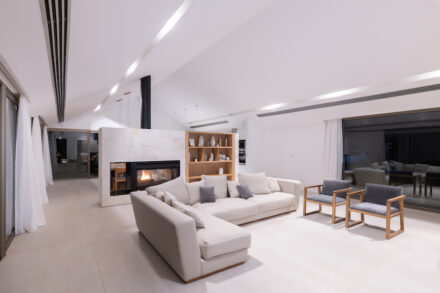 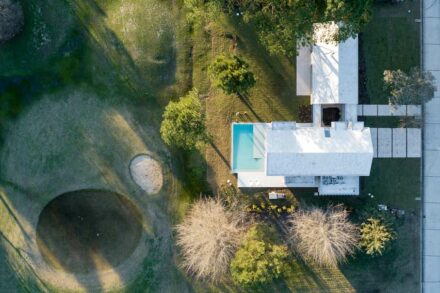