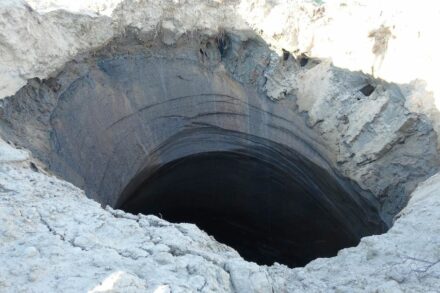 It was an explosive release of gas, mostly methane, from the permafrost that formed a 20 m wide and 20 m deep crater in the Yamal Peninsula in northern Russia, researchers from Skolkovo Institute of Science and Technology (Skoltech) have found. Cryovolcanism, as some researchers call it, is a poorly described process involving rocks, ice, water and gases that leave behind a crater.

To digitize processes and operations in mines in Europe, the project Dig_IT (A Human-centred Internet of Things Platform for the Sustainable Digital Mine of the Future) has 7 million € from the EU’s “Horizon 2020” research funding. One among the 7 participants is the Marini Marmi underground marble mine in Italy.

“Kiruna Forever” is the title of an exhibition through to February 07, 2021 in the northernmost Swedish city. Large parts of it the settlings will be relocated by 3 kilometers due to the expansion of the iron ore mine.

In the Ngwenya mine in Southern Africa iron ore as a pigment has been mined for 43,000 years. Where once a mountain stood there is now a crater gradually filling with water.

In high-pressure experiments scientists have discovered new forms of the mineral feldspar. At moderate temperatures, these hitherto unknown variants are stable at pressures of Earth’s upper mantle, where common feldspar normally cannot exist, as said in a press-release.

In “Snakestones: the myth, magic and science of ammonites” the Natural History Museum in London describes the rich and fascinating folklore around those fossils from the Mesozoic Era between about 201 and 66 million years ago. 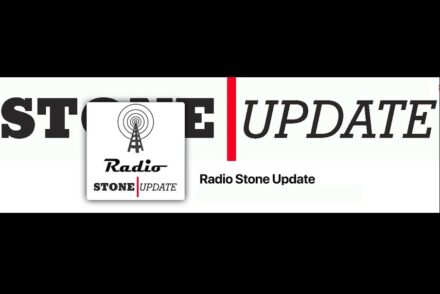 US-magazine Stone Update has launched a Radio podcast where some of its daily reports are read.

About 252 million years ago, giant eruptions of volcanoes in Siberia poisoned the planet’s atmosphere with mercury, contributing to a global mass extinction.

An indoor residual spray made by combining a type of volcanic glass (perlite) with water showed effective control of mosquitoes that carry malaria, according to a new study by North Carolina State University entomologists. The spray contains no additional chemicals, is not toxic to mammals and will be cost effective.

The Sicily Strait, an underwater relief connecting the island with the Tunisian coast, is not a geological barrier for the deep water circulation between eastern and western Mediterranean which it was thought to be. Quite the contrary, a study led by scientists from University of Barcelona shows.

“The marble had space to breathe” is the title of a report in the Guardian describing the Acropolis after the lockdown.

Cosentino has published the 4th issue of its C-Top online magazine.

“Superfaces” is a new B2B-fair for innovative surface coverings for interior design to be held in Rimini, Italy from November 12 – 14, 2020.

Video of the month: it remains a secret of nature why otters like to juggle one or even some stones. Recent research by scientists from the University of Exeter in England could only prove that the behavior has nothing to do with training for foraging (video, 1).