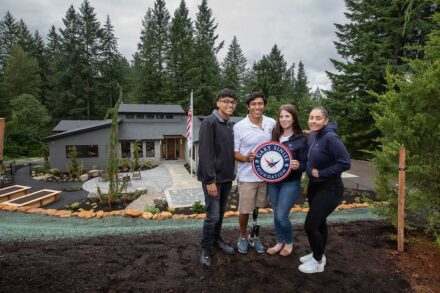 Rico joined the US Army in 2001. He began as a gunner and in 2006 became a squad leader. He carried the responsibility of leading two teams. While on his fourth deployment on February 22, 2007, Rico’s vehicle was blasted by an improvised explosive device during a convoy mission I Iraq. He remembers thinking, “I’m not walking out of this.” He was flown to Walter Reed National Military Medical Center, where he endured extensive surgeries on both legs and was confined to a hospital bed for three months.

While the doctors were able to save Rico’s legs, he remained in unbearable pain through therapy for the following year. He eventually made the decision to have his left leg amputated above the knee. He still suffers immense pain in his right leg but is hopeful that no further damage will occur.