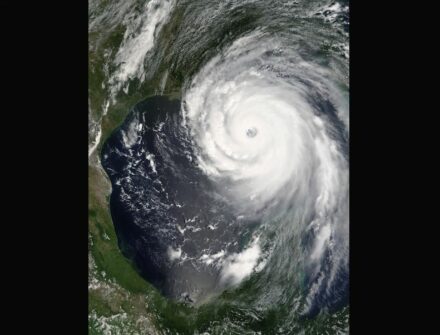 The hurricanes in the Caribbean became more frequent and their force varied noticeably around the same time that classical Mayan culture in Central America suffered its final demise: We can gain these and other insights by looking at the climate archive created by a team of international researchers under the leadership of geoscientists from Goethe University in Frankfurt, Germany.

Tropical cyclones in the Atlantic (hurricanes) are a substantial threat to the lives and property of the local population in the Caribbean and neighboring regions, such as the south-east of the USA.

The scientists have now been able to build up and analyze a sedimentary “storm archive” that covers almost the entire Common Era (2,000 years) with annual resolution. 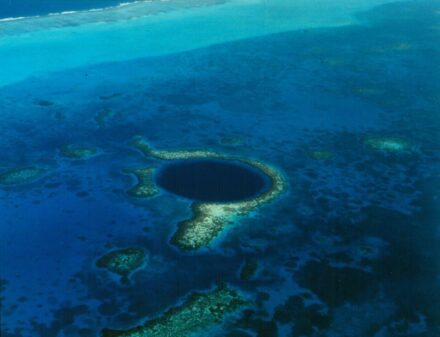 The archive comprises fine-grained annual layers of sediments from the 125-meter-deep bottom of the Blue Hole, a flooded karst sinkhole on the Lighthouse Reef Atoll off the coast of Belize (Central America).

There, 2.5 mm of lime mud, composed of shell debris from organisms in the reef lagoon along with changing amounts of organic matter, collect year after year. Coarser layers up to several cm thick that constitute tempestites (storm sediments) are intercalated in these fine-grained sediments. They mostly consist of shell debris from reef organisms living on the edge of the atoll.

The almost 9-meter-long drill core from the bottom of the Blue Hole spans 1,885 years with a total of 157 storm layers.

One of the finds: From AD 100-900, storm activity in the region tended to be more stable and weaker, while since AD 900 up until today it has been more variable and more vigorous. Interestingly, this change in the increase of cyclone frequency goes hand in hand with the occurrence of a few, very thick, coarse-grained storm layers and coincides with the final demise of the classical Mayan culture in Central America. 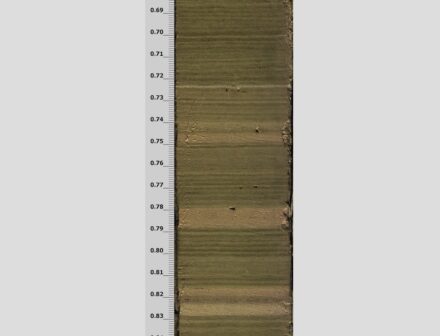 It is possible that the increased impact of hurricanes on the Central American mainland, combined with extensive flooding of cultivated land in the Mayan lowlands and rainfall-induced erosion in the backlands of the Mayan Mountains of Belize – apart from the recurring periods of drought already known – was another environmental factor that influenced the end of the Maya’s high culture.