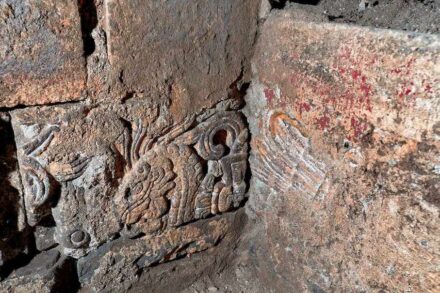 In an ancient building in Mexico City, Archaeologists from the National Institute of Anthropology and History (INAH) have discovered basalt floors and decorated wall stones which had been used in the palace of Aztec ruler Axayácatl and later in the house built for conquistador Hernán Cortez.

France’s funeral sector has the EFFA (École de Formation Funéraire), where qualifications are taught, for example for the “Conseiller Funéraire” who receives and advises the bereaved. The webpage is in French, but it can be translated automatically by Google. The magazine for the sector is “Funéraire Magazine”, published by “Pierre Actual”, the country’s natural stone publication. Trade fairs are Salon Funeraire in Paris and Funexpo in Lyon.

The Statehouse Report from South Carolina calls its readers to identify and collect information about special objects. At the moment, a “marble statue in historic place” is the topic.

Cosentino’s engineered Stone Silestone was awarded one of the prices at this year’s BKU prizes. Only members of the UK & ROI KBB industry may participate.

In 2019, revenues of the Italian ceramic and brick machinery and equipment industry fell to 1.73 billion € following 5 years of record growth that had led Italian manufacturers to a turnover above of 2.2 billion €. 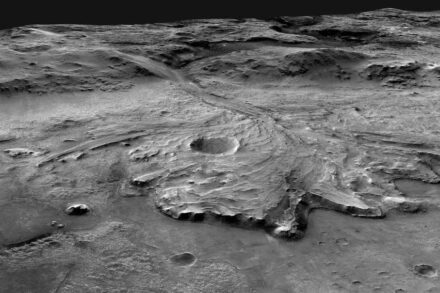 When NASA’s “Perseverance” rover lands near Jezero crater on Mars in 2021, it will be equipped with some of the most precise maps of Mars ever created, courtesy of the USGS Astrogeology Science Center. To safely land on the planet’s rugged landscape, the spacecraft will use its onboard maps to know precisely where it is and avoid hazards at landing.

A workshop with practical exercises and lectures about drystone walling will be held at the Valette du Var in France In October 2020 in French language.

World of Stone company poses the question if limestone or sandstone is better and gives the answers.

Table Rock company from Nebraska answers questions about natural stone on its webpage.

More than 100 distinctive flint artifacts from a Stone Age village in Jordan may be figurines of people used in funeral rituals, archaeologists say.

Video of the month: Rock Art depicting animals and signs has been discovered on dolmens in the Yehudiya Nature Reserve at the Golan Heights. The engravings must be over 4,200 years old created by an unknown culture. All in all, more than 1000 such tombs with big rocks are known in that region (video, 1, 2).