Exhibition “Canova and Thorvaldsen. The birth of modern sculpture” now as 360° virtual tour in English and Italian 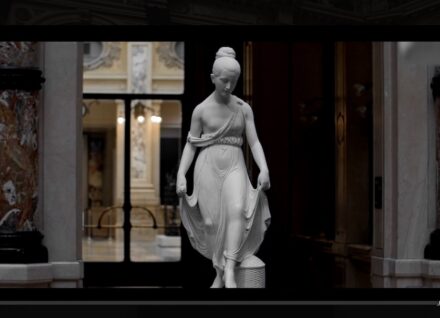 The exhibition „Canova and Thorvaldsen. The birth of modern sculpture” held 2019/2020 in the Gallerie d’Italia in Milan, is now on show in a 360° virtual tour in English, Italian and Italian Sign Language (LIS).

Italian Antonio Canova (1757-1822) and Danish Bertel Thorvaldsen (1770-1844) were rivals and created works of art that inspired their contemporaries and generations of artists that followed.

Italy and especially the city of Rome played a central role in both sculptors’ lives and careers: Canova arrived in Rome in 1781 and remained until he died in 1822, while Thorvaldsen settled there in 1797 to spend the next 40 years in the city. Their competition was extremely fruitful as they worked on the same themes and subjects from the Classical World.

They not only innovated the style of sculpture but also promoted new techniques. Each one had his own large studio employing numerous colleagues and students that gave him space for experimentation. Their carreers were accompanied by technical innovations like the use of preparatory plaster models, which gave them the chance to design statues following only their ideas without being dependent on a commissioner.

“Canova and Thorvaldsen. The birth of modern sculpture”, 360° virtual tour