Peter’s Corner: Italy’s natural stone exports declined by (-)5.3% in 2019 after value for the 4th year in succession and that is also the repercussion of persistent marketing failures 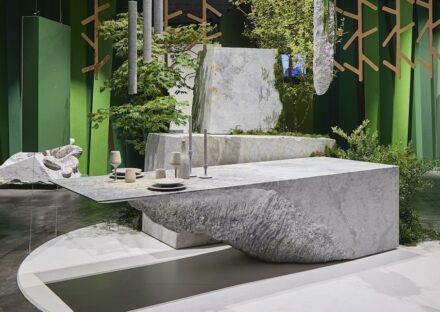 This was the fourth consecutive year of negative development after the historic high of 2015, when the magic € 2 billion mark was just about exceeded. In 2017, the industry had closed at least with the level of the previous year. The figures come from Confindustria Marmomacchine.

The national association cites as the main reasons the ever-increasing competition from artificial stones such as quartz composites or engineered stones and also from large ceramics, which now imitate marble perfectly. Further reasons are the “protectionist tensions and the decline in world trade in natural stone in the last two years due to increasing protectionism and the slowdown in global trade”.

We comment: the decline especially in finished products (see below) is also due to persistent marketing failures: the Italian stone sector presents itself, e.g. in Hall 1 of Marmomac, with Haute Couture alone – the Prêt-à-Porter is completely missing (and left over to the competitors).

In our view, the problem is that the stone sector worldwide imitates this because Italy is the leading nation.

In addition, Italy’s stone industry has presented itself in recent years in a way that is literally removed from reality: while, for example, on the penultimate day of the 2019 Marmomac, around 1 million people were on the streets throughout Italy for the “Friday for Future”, as reported in the local press, Confindustria Marmomacchine, Veronafiere and the foreign trade organization ICE lost themselves in Hall 1 in their artistic presentation of the theme of “naturalness”.

In comparison: anyone who has visited the Cersaie ceramics fair in nearby Bologna, which is held almost simultaneously, has been able to experience more every year how this sector is taking the environment as its own theme and thus consistently targeting the middle class. 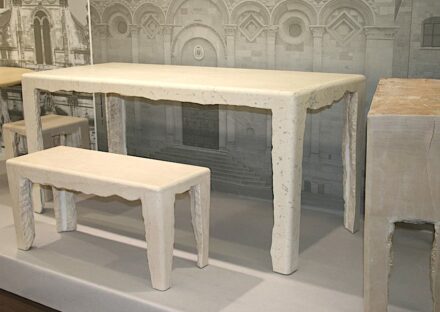 Back to the statistics. The export of raw blocks was pleasing at least in quantitative terms: here, Italy’s stone industry at least matched the previous year’s result (+0.6% to € 425 million), with the increase in deliveries to China (+6.9%) almost balancing out the decline to India (-7.5%).

Dramatic for Italy, however, is the decline in finished and semi-finished products: (-)7% less was sold abroad (total value: 1.365 billion). This is where Italy traditionally earns its money, namely with its special achievements in processing and design.

Perhaps hopefully, there was an increase in exports of finished products to China (+14.8% to € 42.1 million).

The overall balance for exports of machinery and tools for stone working looked only slightly better. A total value of € 1.096 billion was achieved here. This was -2.8% compared with the previous year.