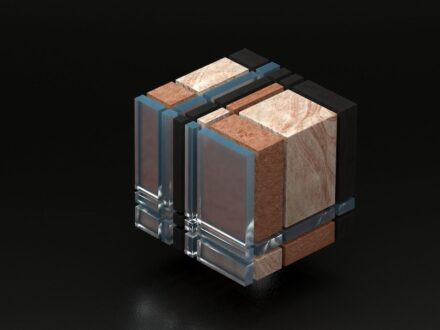 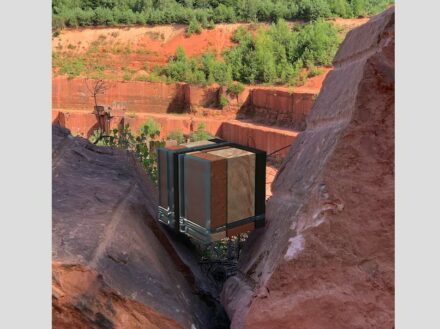 At the 12th Sculpture Symposium in August 2020 in Schweinstal in the Palatinate in Germany, students from the nearby University of Applied Sciences Kaiserslautern were also involved with virtual works.

How is this supposed to work, the reader will ask himself: virtual sculptures as part of a classical sculpture symposium, which after all took place for the 12th time? In general: can one be creative on the computer as well as in sculpture? And: isn’t this kind of artistic activity just another form of playing at the console, where someone has fun for a while, then puts away the mouse and has forgotten everything right away?

Quite the opposite, as you can read further below. And we add: such projects are enormously important for the stone sector to be able to present itself as modern and to interest creative people at university level in its material.

17 students, led by professors Matthias Pfaff and Martin Reichrath and assistant Barbara Krawczyk, took the opportunity to present themselves. They were in the 2nd semester of the bachelor program Virtual Design. At the end of March 2020, they had been given the assignments, and the deadline was at the beginning of August of that year.

In only 5 months there was a lot to do. “Small Project – 3D Design” was the title of the assignment.

It was divided into 3 areas. 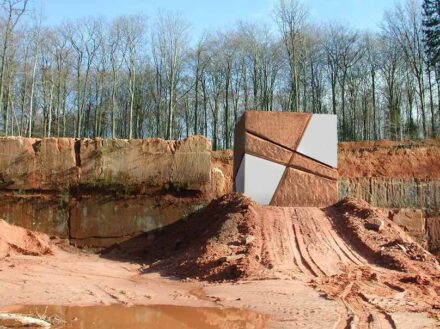 First the students had to choose 2 artists from a selection and learn about their biography and work. In addition, they had to pick out 2 – opposite – works of these artists and analyze the concept and the way they were made.

The following “practical” work brought them closer to active sculpture. The previous theoretical knowledge was the basis for this 2nd part of the task: The students could decide whether they wanted to design a cube or a sphere. The material should be the red sandstone, which the natural stone factory Picard extracts in its quarry in the Schweinstal. The company is the driving force behind the symposium, which takes place every 2 years. 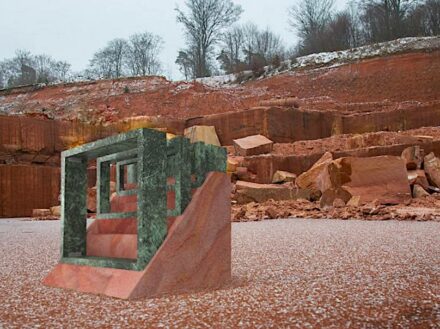 Explicitly, other materials should also be included. They should “form contrasts”, as said in a pdf of the bachelor program.

In terms of theory, the symposium dealt with the effect of materials, their surfaces and colors in general. The students were not allowed to present their decisions merely as personal preferences, but had to justify them on the basis of what they had previously learned. 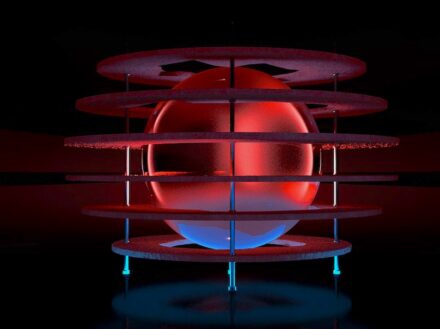 In the 3rd part of the task they had to create a portrait bust of themselves. Just as a sculptor on a real stone has to decide up to which level he or she wants to show the details, the students had to virtually work on their own face.

Finally, this image had to be placed in the quarry or in the surrounding area by means of photomontage, just as it had been done before with a cube or sphere. Animations and videos were part of the task as well as presentations on the many intermediate steps. 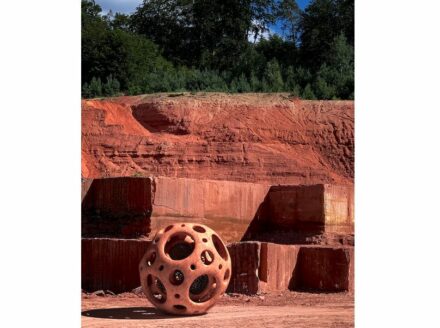 The Picard company provided photos that the students could use as backgrounds.

So much for the more technical and creative side of the project.

In addition, the students had to develop “a clear topic of content” for the cube and the sphere respectively, as the pdf says. In other words: they had to give their work a statement.

We show some of the works – not to give an assessment, but to show the diversity of ideas. 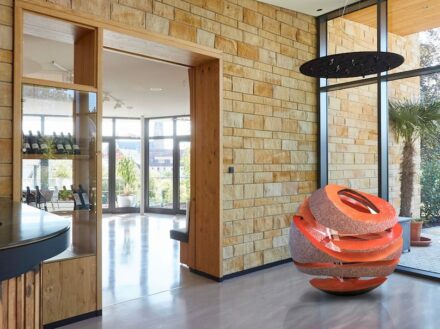 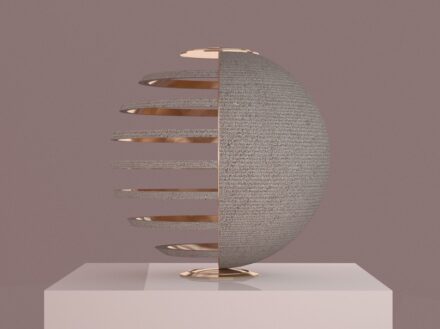 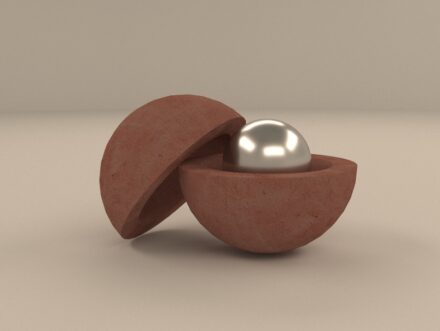 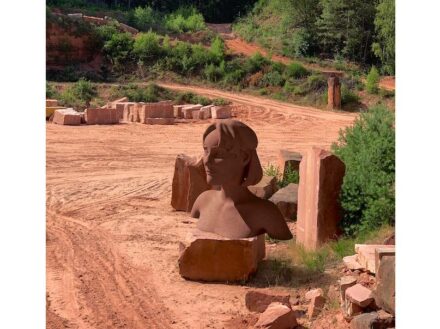 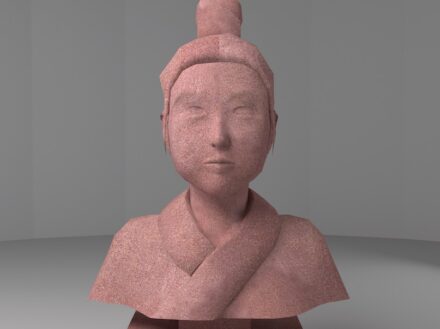 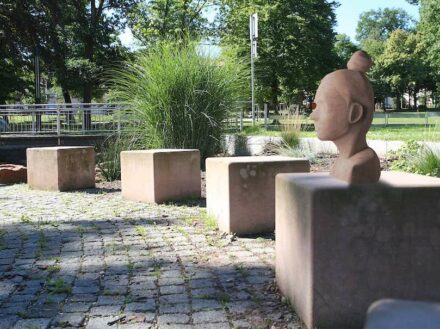 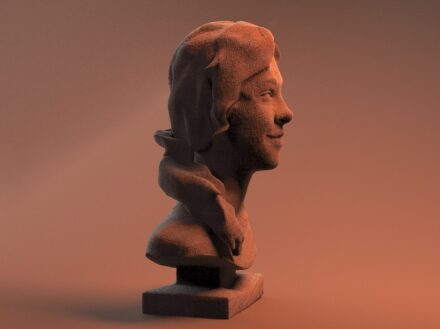 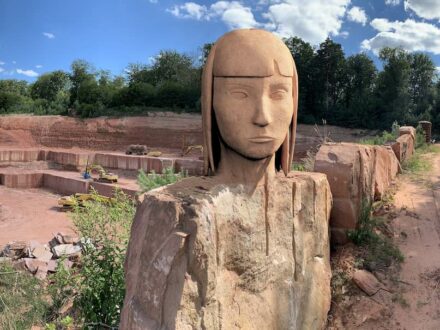 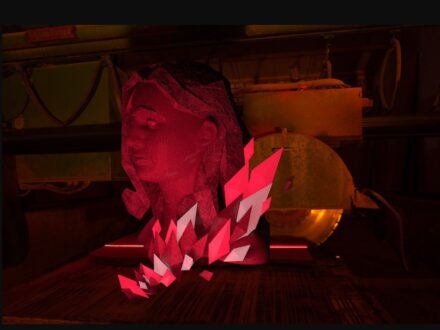 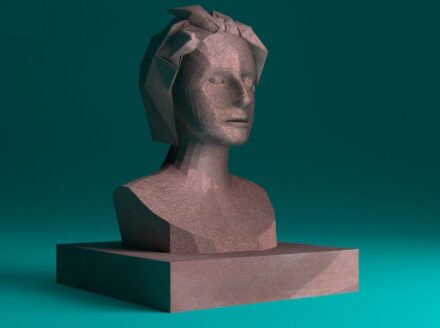 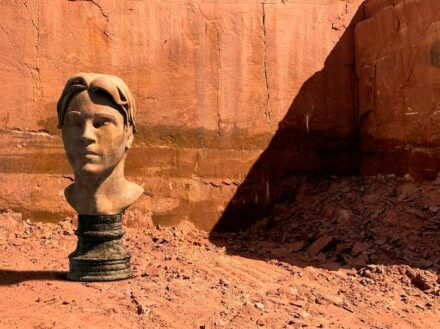 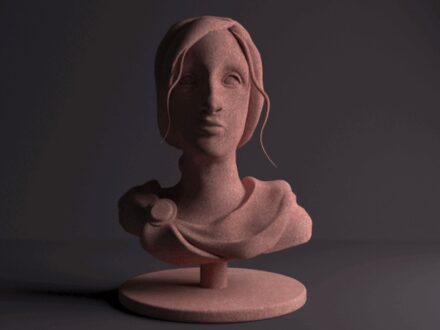