Eisenhower Memorial in Washington D.C. with stainless steel tapestry and bas-reliefs in stone 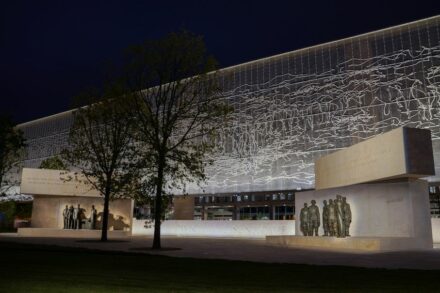 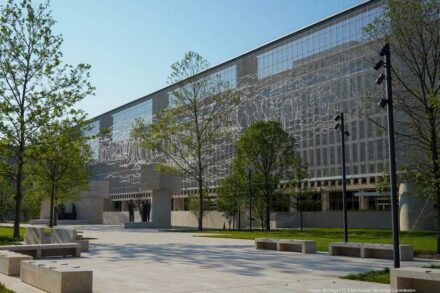 After many years of discussions about architect Frank Gehry’s design, the site at the Mall was inaugurated in September 2020

The Mall in the U.S. capital Washington D.C. has a new memorial since September 17, 2020 honoring Dwight D. Eisenhower, U.S. General of the Army from World War II and twice president. In 1999, during the presidency of Bill Clinton, Congress had decided to honor his Republican predecessor and after many years of criticism of architect Frank Gehry’s design, construction began in 2010.

Originally, May 07 had been scheduled as the inauguration date, as it was the 75th anniversary of the Allied landing in the Normandy in 1945, but it had to be postponed due to Corona.

Gehry’s concept represents “a radical departure from the tradition of using solid stone as the essential medium for monuments“, wrote the Washington Post in a report which is reproduced in full on the Memorial’s webpage. Thus the focus is not on the hero in the moment of glory but on his life’s journey from childhood through the army to the presidency. 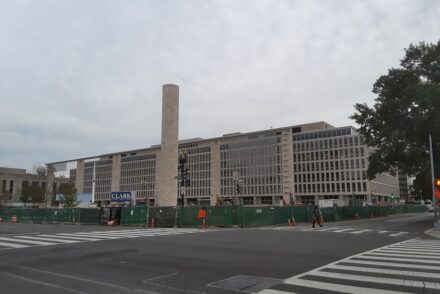 Three bronze sculptures show Eisenhower (1890-1969) as a young boy or as a general and as head of government, respectively, each with staff members. The artist was Sergey Eylanbekov. 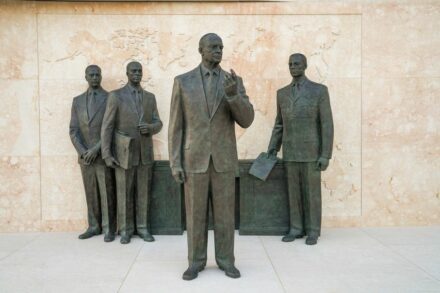 While the youthful Eisenhower was moved aside – contrary to Gehry’s original plans – the two groups of people stand in front of large rectangluar volumes clad in bas-reliefs of natural stone bearing quotations from important speeches by Eisenhower. 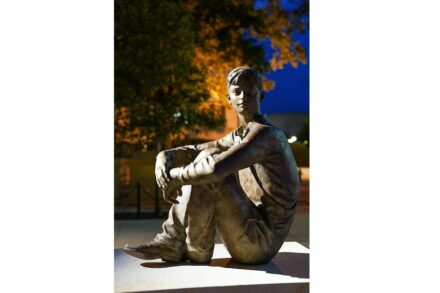 Behind them is a high wall with a tapestry of steel wire depicting a view of the beach line of Normandy in peace time. The critic of the Washington Post complained that this picture is hardly visible during the day because the building behind remains visible through the filigree wire structure: “But at night, with the lights on, it is magical.“

The memorial covers an area of 4 acres bounded by Independence Avenue SW and Fourth and Sixth streets SW.