Nasa’s spacecraft OSIRIS-REx has collected dust and pebbles from the surface of asteroid Bennu, as telemetry data indicates 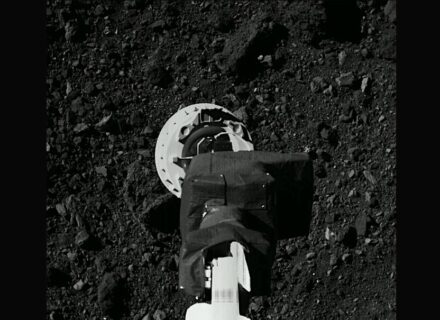 Update: the collection of the samples from Bennu was more than successful, Nasa confirmed. But there seems be problems in stowing the material.

Nasa’s spacecraft OSIRIS-REx unfurled its robotic arm Tuesday (October 20, 2020, EDT) above asteroid Bennu, and in a first for the agency, briefly touched a celestial body to collect dust and pebbles from the surface for delivery to Earth in 2023. Bennu is currently more than 200 million miles (321 million kilometers) from Earth. The spacecraft had reached it in 2018. Since then, scientists had collected data from its boulder-strewn surface, and engineers had prepared the “Touch-and-Go“-sequence.

On Thursday, at 1:50 p.m. EDT, OSIRIS-REx fired its thrusters to nudge itself out of orbit around Bennu. It extended the shoulder, then elbow, then wrist of its 11-foot (3.35-meter) sampling robotic arm, known as the Touch-And-Go Sample Acquisition Mechanism (TAGSAM), and transited across Bennu while descending about a half-mile (805 meters) toward the surface. After a four-hour descent, at an altitude of approximately 410 feet (125 meters), the spacecraft executed the “Checkpoint” burn, the first of two maneuvers to allow it to precisely target the sample collection site, known as “Nightingale.” 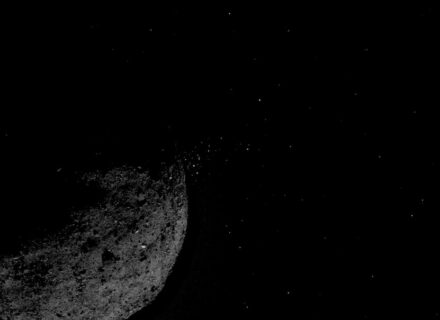 However, it will take about a week for the OSIRIS-REx team to confirm how much sample the spacecraft collected.

If enough dust and pebble could be obtained, mission teams will command the spacecraft to begin stowing the precious primordial cargo to begin its journey back to Earth in March 2021. Otherwise, they will prepare for another attempt in January.

Back on Earth, the samples will give scientists a look into the early solar system as it was first taking shape billions of years ago and flinging ingredients that could have helped seed life on Earth.

Asteroid Bennu is a dark, rubble pile held together by gravity and thought to be the collisional remnant of a much larger main-belt object. Its rubble-pile nature and heavily cratered surface indicate that it has had a rough-and-tumble life since being liberated from its much larger parent asteroid millions or even billions of years ago.

Back on Earth, the samples from Bennu will also be compared to those from Ryugu, another near-Earth asteroid. The Japan Aerospace Exploration Agency launched Hayabusa2 in 2014 and rendezvoused with Ryugu in 2018. After surveying the asteroid for a year and a half, the spacecraft collected samples and is expected to return to Earth on December 6, 2020.