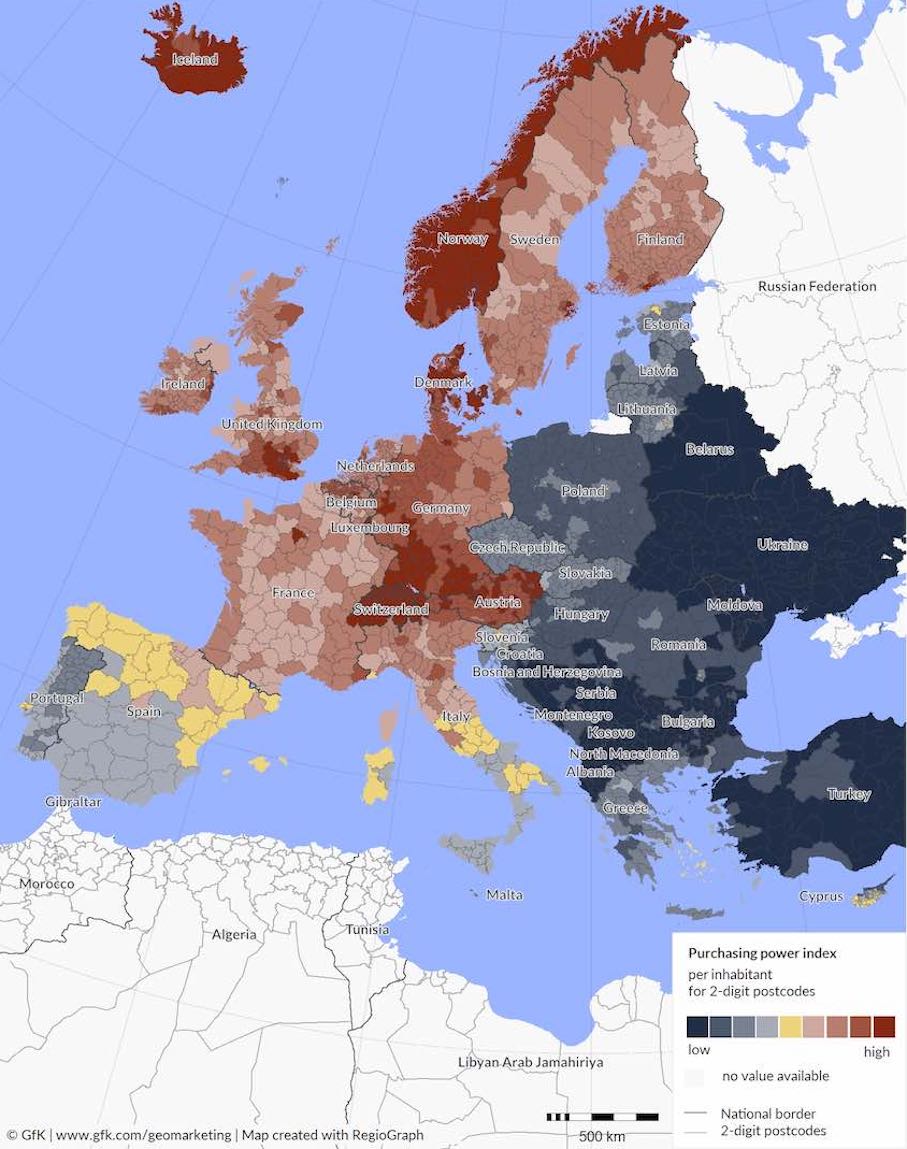 Europeans have just under €9.5 trillion at their disposal in 2020. This corresponds to an average per capita purchasing power of €13,894. However, disposable net income among the 42 studied countries varies significantly. These are some of the results of the newly released study “GfK Purchasing Power Europe 2020”. The per capita purchasing power shows a nominal decline of almost 5.3 percent in 2020 compared to last year’s revised value, which can be attributed mainly to the spread of COVID-19 and the resulting economic impact.

The study “GfK Purchasing Power Europe 2020” is available for 42 European countries at detailed regional levels such as municipalities and postcodes, along with seamlessly fitting data on inhabitants and households as well as digital maps.