In the Fürst & Friedrich office and commercial building in Düsseldorf in Germany, the new building embraces the old one 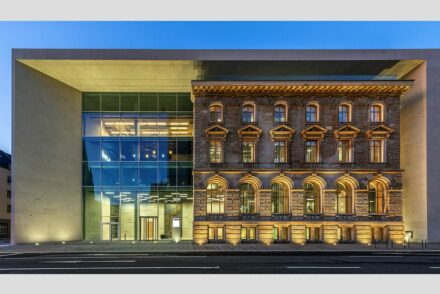 The property has thus been given a “unique selling proposition”, with a façade designed with many details in natural stone

What to do with a historical building that is not listed but is important to the citizens in the area and which is also located on a very attractive building site in a city center?

We have an unusual solution from Düsseldorf in Germany: there, the planners from the architectural office slapa oberholz pszczulny Architekten (SOP) convinced the client Art Invest Real Estate of an unusual concept that represents the best compromise for all parties involved: their new office and commercial building named Fürst & Friedrich virtually embraces the existing building, but only the old facade has been preserved.

The result is a remarkable ensemble on the corner of Fürstenwall and Friedrichstraße, hence the name of the new building. The 115 m long street front is designed in a grand gesture, as if the new building wanted to protect the old piece in its center, but without touching it. With the building-high glass façade next to it, neighbors and passers-by will be invited to enter the building. 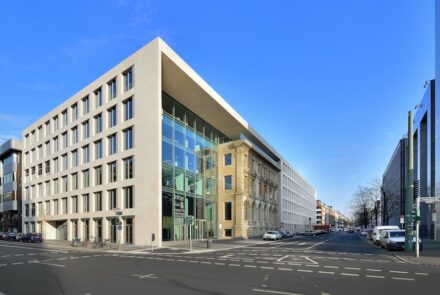 In marketing terms, this means that the new building has been given a “unique selling proposition” by the existing building, as said in the press release.

The material played a decisive role in bringing old and new together. In the old building, a former bank dating from 1895, the façade was made of yellowish Königgrätzer Sandstone. The new building is made of honed white-grey Mainsandstone and has no ornaments whatsoever. The style of the respective time is clearly visible.

Let us mention a few details from the handling of stone, which played an important role in the effect of the facade:
1. The pointed corner of the building consists of solid stone on the 2 lower floors. This gives the building a very solid expression – a mitre at the corner would not have been possible. In the floors above, the corner is finished with a joint; 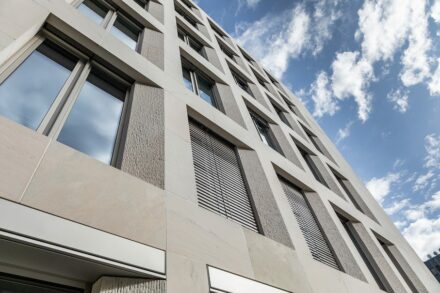 2. in contrast to the new building façade in general, the surfaces of the stone slabs in the inclined windows and door-reveals are line-split. This is done by hand; 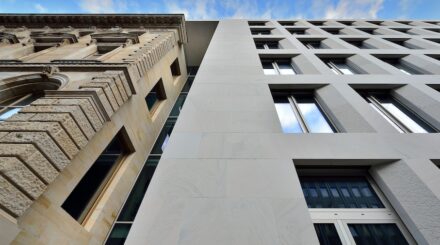 3. for the connection of the historical facade to the new building, the existing wall had to be led around the corner. The stonework for this was done completely with solid material – everything was hewn and bricked up by hand;

4. the façade of the new building extends into the foyer as well as the old façade where it runs around the corner; 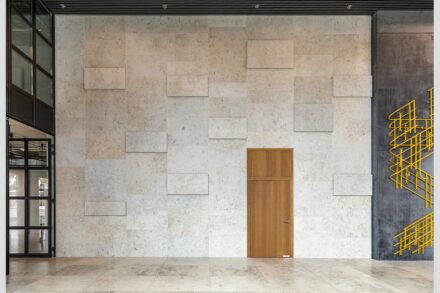 5. in the foyer there is a relief-like wall covering in Jura Limestone. This stone is also laid out as flooring. 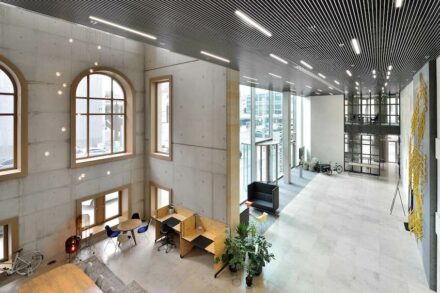 A striking feature of the interior of the new building is the 17 m high open space surrounding the existing building. This 500 m² foyer can also be used by the public as a space for meetings. A bar, a lounge and a seating area are available to tenants and guests for informal meetings, as a relaxation or work zone. The catering areas on the first floor are accessed via a separate entrance from Friedrichstraße. 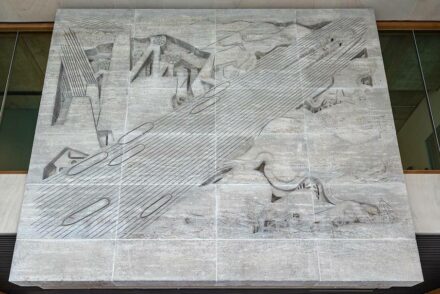 In the side entrance at the Fürstenwall you will find a jewel that originates from the old building. It represents the father Rhine and has now been restored. 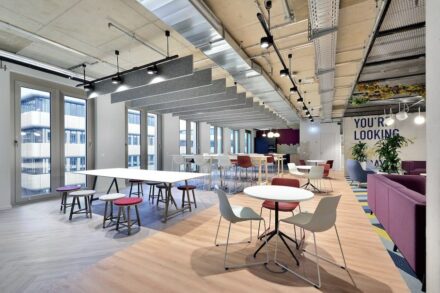 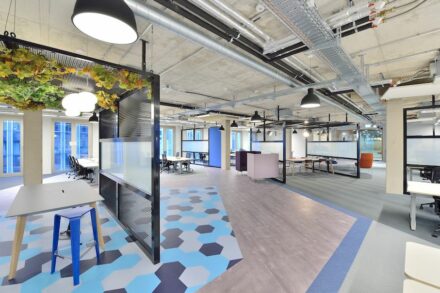 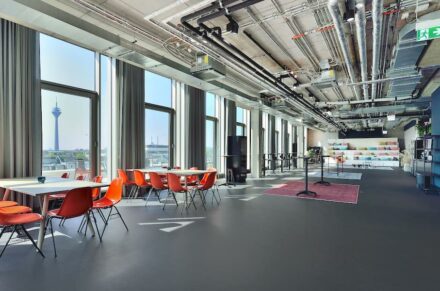 The office floors on the upper floors can be divided flexibly. 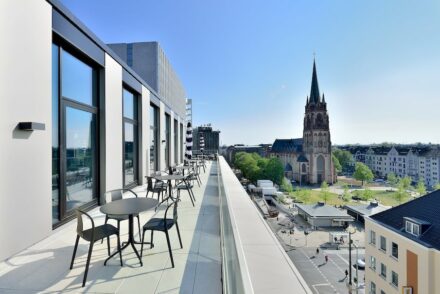 The height of the new building with 6 floors is oriented to the surroundings. In order to gain additional usable space, a staggered floor sits on top, which cannot be seen from the street. Additional recreation areas were created by outdoor terraces on several floors.

“The preservation of the classicist façade in particular required courage and we are grateful that the client has gone along with this approach,” says Wolfgang Marcour, managing partner of sop architekten. “The result makes us all the more proud!”

The stone was supplied by Bamberger Natursteinwerk Hermann Graser, which also carried out all the stone work.

The building has a certification LEED Gold. 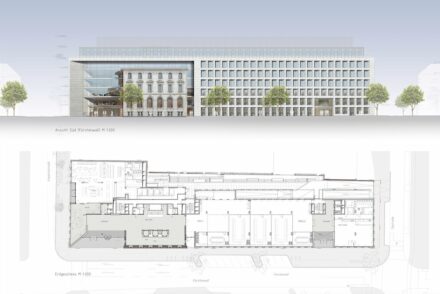