Finally, a breakthrough in natural stone design also in the West, and it comes from the Aegean Association EIB, Turkey 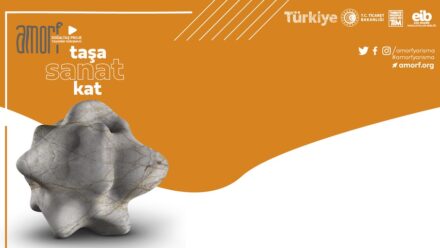 The competition for students and professionals did not lead to exaggerated and fancy art objects, but rather to small objects you could imagine in your own daily life

Finally, the breakthrough in design with natural stone is also being made in the West: in the current competition of the Turkish association EIB, everyday products dominate, which are beautiful and functional and, provided they come on the market at reasonable prices, are sure to find their buyers.

Until now, only the trade fair in Xiamen had managed to focus on real product design with stone with the presentation “Stone Infinite”.

What we call a breakthrough is that stone design has finally broken with sculpture. Until now, designers all over the world have always worked as if they wanted to make a sculpture: they peel their object from a solid block, which usually makes the object look beautiful, but unfortunately it is far too heavy to sell.

It is not the designers who are responsible for this dead-end street, but the stone companies themselves: in all design competitions worldwide, the guideline has always been to use as much stone as possible. Although this was never explicitly mentioned, it was self-evident – never has a stone company or an association as the initiator questioned this. 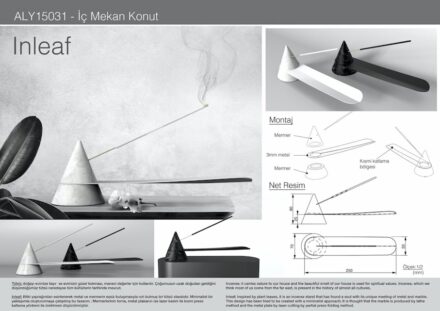 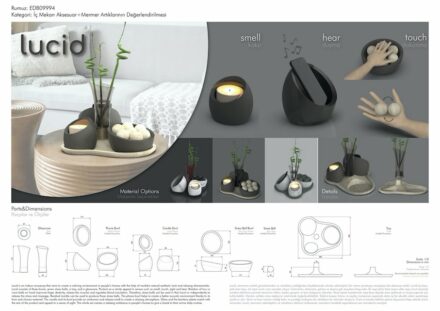 The success criteria for a design competition with natural stone can now be seen in the competition of the Aegean Association:

1) an exact objective of the competition was defined – the functionality of the objects and their marketability were mentioned several times in the invitation to tender;

2) when representatives of the association informed the students and professionals, it was always made clear that the competition would not be a creative game, but a measure to boost the Turkish natural stone industry;

3) finally, the jury adopted the objectives of the association;

4) and, another aspect that contributed to the breakthrough quasi incidentally: in one of the components of the competition it was a question of using stone waste from production – since this waste is usually small, most of the objects in the competition also remained small, just as one imagines them in one’s own kitchen, living room or garden.

The other two sections dealt with objects for outdoor spaces, but also interiors and furniture. 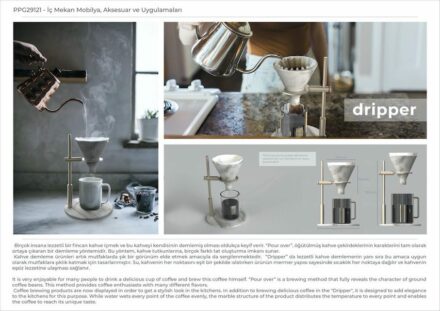 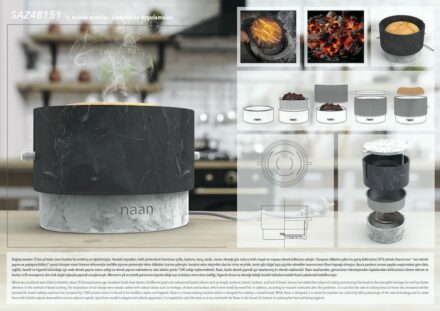 Invited were professional designers as well as students of architecture, design, visual arts, and engineering. In total there were almost 400 entries (202 from professionals, 196 from students). The 10 winners each received 10,000 Turkish Lira, which is still a nice amount despite the decrease of the currency. For 3 of the winning students there was a bonus: they can apply for a scholarship abroad at the Turkish Ministry of Commerce.

A success at all levels was this 1st design competition of the association EIB. Well, it was also under pressure, because the competing association IMIB had organized such a contest for the 9th time this year and also the fair “Marble” in Izmir had twice presented its “Young Creative Ideas Platform”.
Another aspect: although there is a large market for everyday products made of natural stone, the prices for the products there are relatively low – the objects cannot be as expensive as, for example, exclusive marble tiles.

But their value to the sector lies rather in the advertising that makes such objects sustainable for the material natural stone – simply by showing its beauty in everyday life.

Design is therefore a marketing tool here – it was only logical that the association invited a number of architects to the World Architecture Day award ceremony at the beginning of October 2020. The documents state that the event was used as a “networking and B2B event”.

We show the 10 winning projects. More details can be found on the competition website http://amorf.org/, but it is only in Turkish. 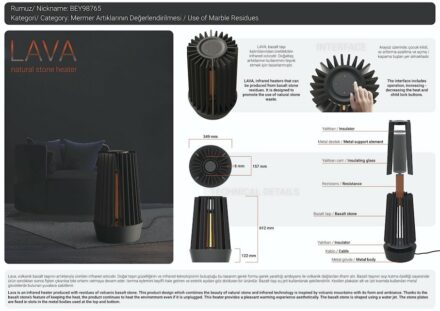 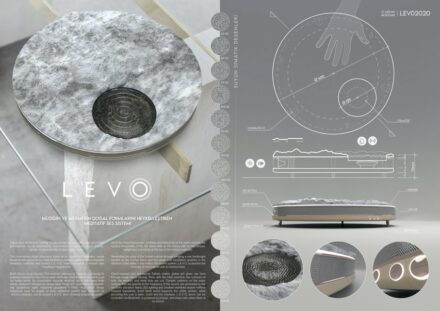 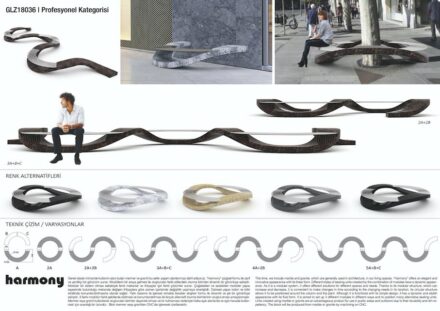 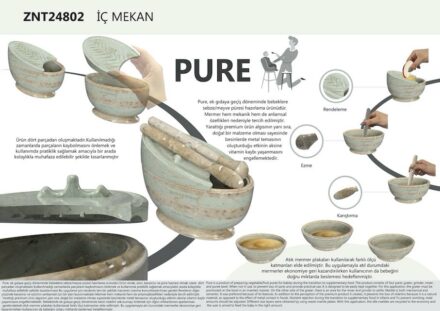 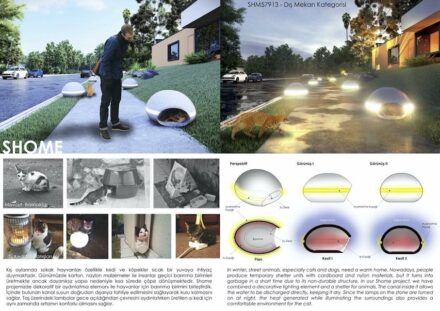 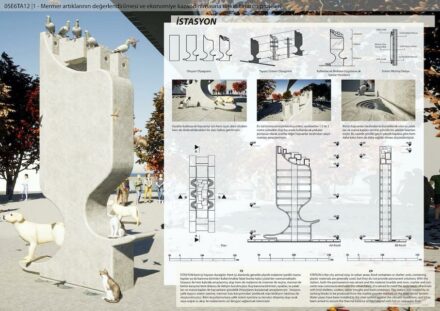 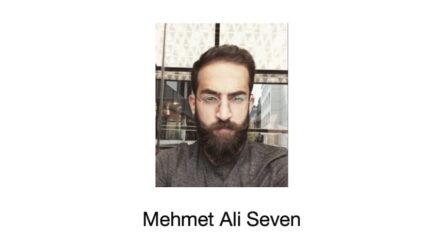 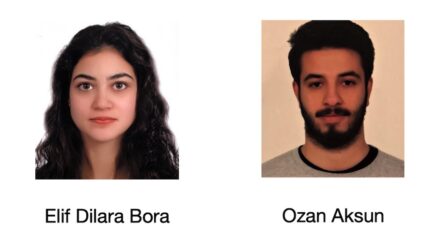 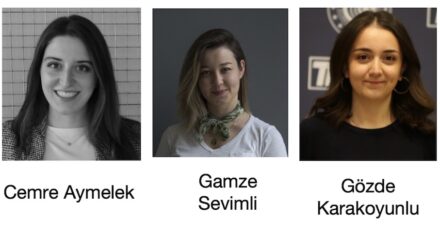 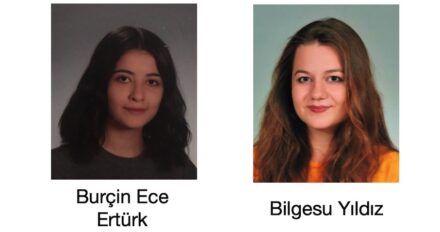 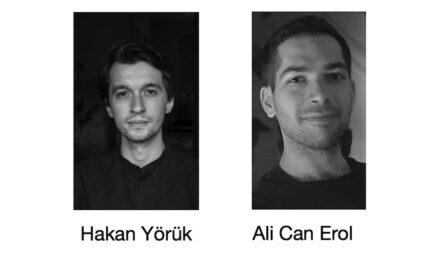 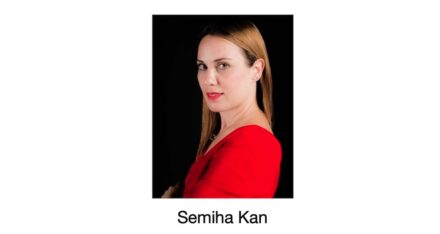 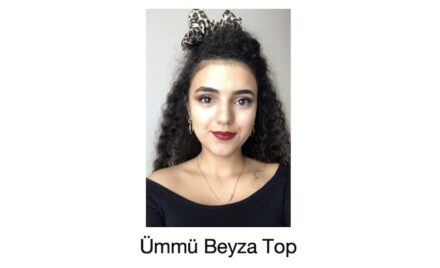 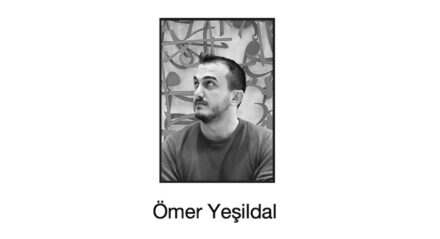 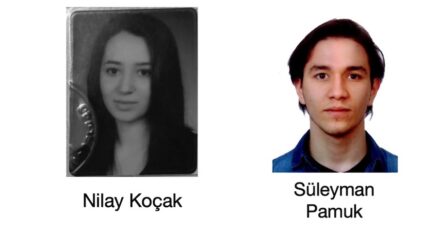