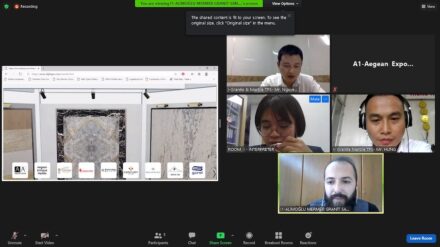 As Chinese stone imports have declined, the EMIB-association reached out for new business partners in the Far East / Coincidence with the creation of the new free trade zone RCEP

The Turkish Association Aegean Minerals and Natural Stones Exporters (EMIB), which is an affiliate of the regional exporters’ association (EIB), sent us a press release which we publish after a discreete editing:

As import figures of China had started to decline in 2020, EMIB began to look for alternative markets in the Far East. As the latest activity, it launched a three-day Digital Natural Stone Trade Delegation to the ASEAN country Vietnam, which is also included in the RCEP (Regional Comprehensive Economic Partnership).

The decision to realize such an unusual marketing event had been taken after detailed research of the Vietnamese market:
* Turkey and Vietnam are having diplomatic relations for 50 years. In recent years, the trade volume increased to 3 billion US-$, only in 2019 it dropped to 1.8 billion dollars;
* Vietnam has 340 billion US-$ gross domestic production volume;
* Vietnam has expanded its trade network with the arrival of investors who left China during the recent trade wars. Also, a free trade agreement (FTA) with the European Union (EU) had been concluded. More than this, the world’s largest free trade agreement RCEP was signed.
* with a population of 100 million, the country’s total number of Covid-19 patients is 1,300 since the beginning of this year. During the epidemic, the country received a significant amount of foreign capital investment, especially with the European Union member countries turning to alternative producers to China.

The Asian Region Is Not Only A Producer But A Serious Consumer:
In order to increase the share of Turkey in Vietnam’s import of 271 billion US-$, the trade mission program has been organized. Currently, Turkey ranks 31st in Vietnam’s imports.

Vietnam’s Natural Stone Market is Projected To Grow Close To 10%:
In the January-October 2020 period, Turkey exported 1 billion 394 million US-$ of natural stone to 185 countries. Turkey’s natural stone export to Vietnam is 2 million 447 thousand US-$. Vietnam’s natural stone imports have increased from 127 million to 175 million US-$ between 2017 and 2019. The Vietnamese natural stone market is expected to grow by 10% in the coming years.

After the event, Mevlut Kaya, chairman of EMIB, said: “It was a really successful trade mission program, and all companies had fruitful B2B meetings. We hope we can compensate with the Vietnam market for the decrease in our exports due to COVID-19.”

Participating companies displayed their products with the help of augmented reality:
Mevlut Kaya chairman of EMIB resumed: “We used the augmented reality to display our products during the B2B meetings. Natural stone is a product that should be examined in detail. With the help of AR we shared the details of our stones with the Vietnamese companies.”

Aegean Minerals and Natural Stones Exporters Association (EMIB) has around 1,300 exporters as member companies located mainly in the Aegean region of Turkey. They annually export products worth 920 million US-$. Natural Stones, metallic minerals, industrial minerals, ferroalloys and other mining products are the core areas of EMIB. For it’s members, the association organizes trade fairs, trade missions and education programs. 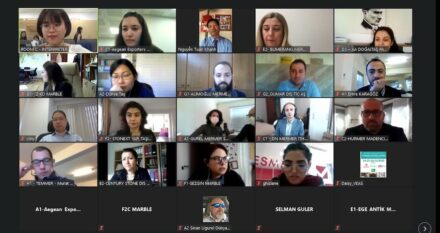