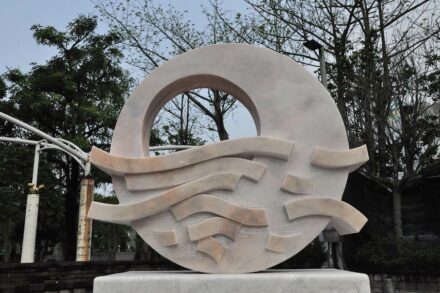 For the artist from Italy, contrasts are an important part of our world and human existence

Simona de Lorenzo has a weakness for the large stone forms. The Italian sculptress is less concerned with measuring herself against the hard material, even though some of the photos on her website show how she goes about it with a lot of physical effort. Rather, the large forms offer many possibilities for communication, as she writes in an e-mail: „I have become more and more interested in public sculptures, because the big size allows a dialogue with the surrounding space, with the urban or natural environment, with light and soil, and with the people.“

„Stone is ever one of the most suitable material for outdoor,“ she adds.

In many of her works she focuses on duality, which for her is an important part of our world and human existence.

„I like to reveal the contradictions: marble is hard, working it requests physical efforts, but then it can become fragile and delicated, from rough to smooth, from hard to soft, from massive to fine.“ 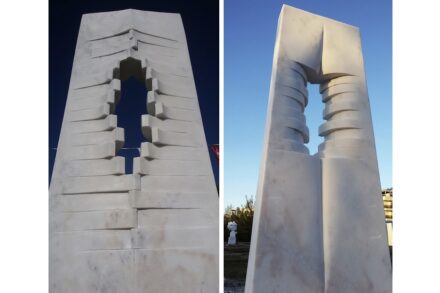 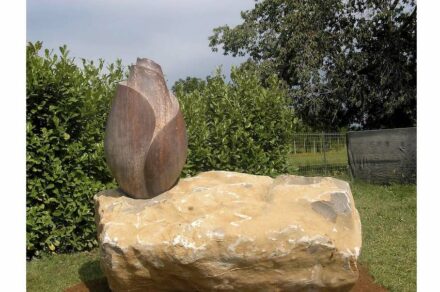 But as her sculptures for indoors show, she also understands the small forms. This is shown, for example, by the sirens, which she also creates in bronze and places only on a stone. Here the idea of contrast comes to life again. 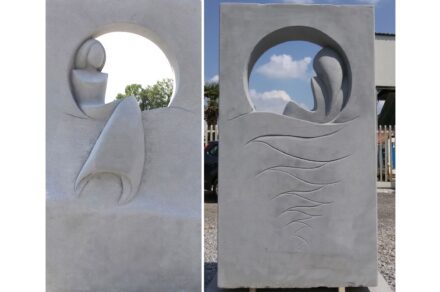 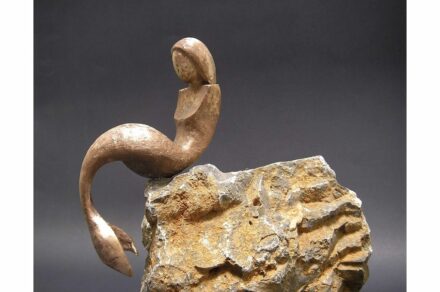 Several times she has treated these mythical figures from the ancient world of legends, according to which female voices enrapture sailors and lure them to the cliffs off the coast. 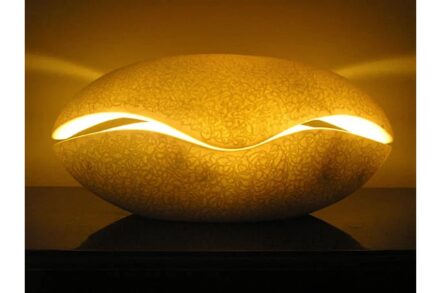 In her light sculptures the stone even becomes translucent.

Simona de Lorenzo was born in Naples. She answers our question whether there were any role models with a wink: „My father was a journalist, my mother a teacher – no other artists in the family.“ Her parents sent her to a highschool that emphasized art. „I’ll never be grateful enough to my parents.“

In the city where she grew up, there was a great cultural heritage all around her, such as Greek sculptures or masterpieces like the “Cristo velato” by Guiseppe Sanmartino. As a teenager she worked in a company for gravestone art, and “it was passion from the very beginning.“

Later she went to study in Carrara, where she lives today. From there she has participated in numerous sculpture symposia around the world in the past years.

Her most recent symposium was the artists’ meeting at Minqin Desert Sculpture Park in China. On the edge of the desert there, the environment was of course a very special one – “fascinating and inspirational”, she writes. For practical reasons, she chose steel instead of stone as material, and that is why the eyeballs are not made of red stone but of painted steel.

With this work she wants to invite the numerous visitors to this new cultural center in China to look at the world with particularly attentive eyes. 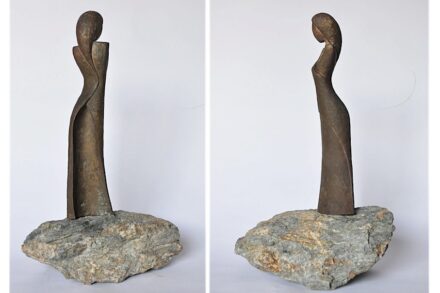 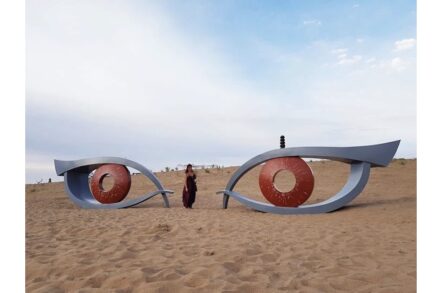 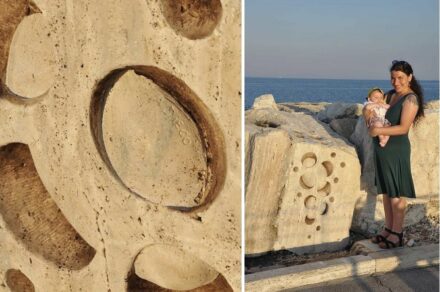