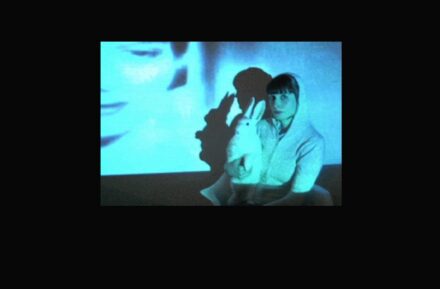 When we present artists and their works, we are usually dealing with representational matters – what else can you do with stone? Exceptions to this are reports on photographs of quarries and the like.

This time we want to go far away from that, actually as far as abstraction can go: because the Franco-British artist Olivia Louvel does not work on stone at all, but has made sound recordings and edited them digitally.

But these are not sounds that come from the quarry or the sculptor’s studio. The abstraction already hinted at, as I said, much further.

Let’s first talk about the tool Olivia Louvel uses. It is the software AudioSculpt, which was developed at IRCAM (Institut de Recherche et Coordination Acoustique/Musique) in Paris. This is a research institute based at the Centre Pompidou in Paris, where music and acoustics are brought together with the possibilities of electronic design.

At AudioSculpt, let us say simplified, you can draw lines or areas on the screen with the mouse and fill them with sounds, tones, or noises. This creates multidimensional sound sculptures, if you like.

But that would actually be too far away from what we normally deal with. Olivia Louvel, however, makes a reference to stone through the material she uses: she uses sound recordings by the sculptor Barbara Hepworth (1903-1975).

One of the most influential figures in 20th century sculpture from about 1925 until her death in 1975, she became famous for her large-format marble forms, which were once quite innovative in their abstractness. About 600 works in stone or bronze can be found in many places in parks or for buildings – but they would work best in a wide and untouched landscape where they bear witness to the presence of people.

You can listen to/view the works of Olivia Louvel on her webpage.

Video: Sculpter le son / Sculpt the Sound (French, English subtitles in the navigation at the bottom of the video).