1000 issues or one kilo of Pierre Actual 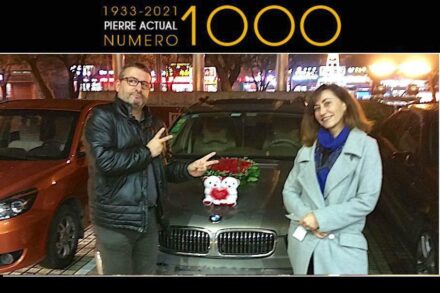 Since 1933, the magazine has been the companion of France’s natural stone sector / Claude Gargi and Corinne Berger are responsible for the monthly print

On this occasion, we will finally respond to the question that we have been asked again and again behind closed doors: no, they are not married, but they have been together for several decades and even have a grown-up son.

We are talking about Corinne Berger and Claude Gargi. The occasion for this clarification is the 1000th issue of the magazine “Pierre Actual“, for which the two are responsible.

One kilo Pierre Actual, so to speak. We say this with all respect and best wishes for the, let’s be modest: coming pound until issue 1500.

However, by the time this will be reached, most of us will be long forgotten.

Since 1933, when René Motinot founded the magazine, a lot of stone has been moved back and forth on its monthly pages. Back then, the name was still “Le Mausolée“, and the editorial staff was primarily devoted to gravestone topics.

But even then, the magazine broadened its readers‘ mind: the documentation in the jubilee issue includes early reports about the world outside France, e.g. how in the 1960s the cute stone fair in Sant’Ambrogio di Valpolicella turned into the internationally leading Marmomacc in Verona and how Italy’s stone sector became professional, as well as reports on the emergence of diamond tools or CNC machines. 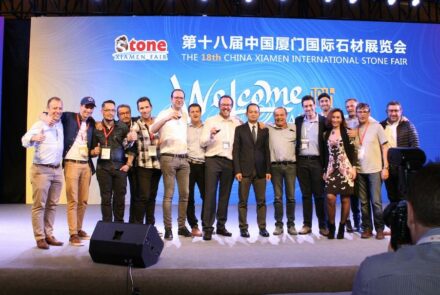 In 2001, Claude Gargi’s father René took account of these radical changes worldwide: the magazine was renamed Pierre Actual and had its focus on all topics related to quarrying, processing and usage of natural stone. Since then, there has been the affiliate “Funéraire Magazine“ for the gravestone branch, and, for the neighbors in Belgium, the “Pierre Actual Belgique“.

In 2005, Claude Gargi took over the role as “Directeur“. He outlines his concept in the editorial of the jubilee issue: “I usually say that Pierre Actual is more of a stone company than a press company, and we will absolutely go on in this direction, so promoting and enhancing the industry.“ 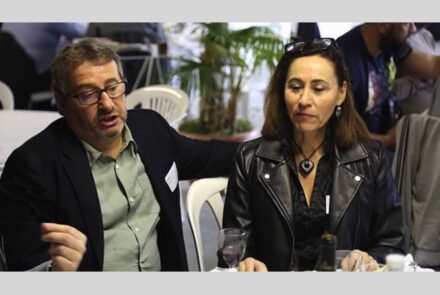 What this means in detail is outlined by the objectives “informer, fédérer, animer, promouvoir“, translated roughly as “to inform, unite, animate, promote“. “Animate“ also indicates that the editorial director does not avoid a good argument with the readers.

That is why France’s stone sector is currently producing more innovations in the field of architecture than any other country in the world.

Noteworthy activities of Pierre Actual in recent times are the biennial fair Rocalia, which started in 2017 and will be held again in Lyon in November 2021, and also the webpage “Envie de Pierre“ (Envy of stone), which shows many beautiful ideas for the use of natural stone. 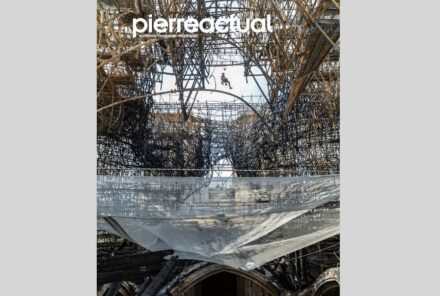