Animum Ludendo Coles: bouncy games for streets and squares that make the public space livable for children and parents 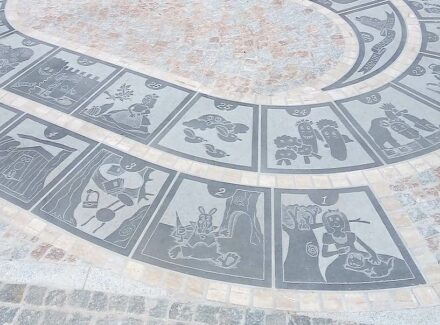 Natural stone is characterized by great hardness, this is well known. This property has been used for thousands of years, for example, in street paving, but nowadays it is rather relegated to the margins of public attention. But it is possible to make a lot of new things out of this material property – for example, to bring small drawings to the city squares and at the same time let them be more than mere decoration.

The pioneers of this approach come from Italy: they are the employees of the company Animum Ludendo Coles and they have meanwhile laid out bouncing games for children in numerous cities of the country. The stone slabs then give tasks such as the world-famous heaven-and-hell or tell episodes from local fairy tales. 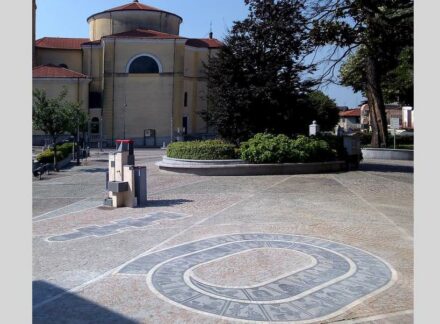 Children pick up such suggestions for movement with enthusiasm, bouncing for hours or detaching the stories from the stone slabs to take them away and continue spinning them in their minds.

The company started working in this field of business 25 years ago. The prototype of such a bouncing game was installed in Alassio – it is still like new and still a cause of fun for children and parents.

We had already reported about Animum Ludendo Coles 12 years ago. In the meantime, things have been happening again at the company’s headquarters in Lodi, halfway between Milan and Cremona: there is collaboration with various universities, for example the Politecnico in Milan or the Alma Mater Studiorum University in Bologna.

In this context, doctoral theses have even been written around urban design with bouncy games.

Thus, some variants for this kind of urban furniture were developed in co-operation of different expert groups, writes to us Paola Maestroni and calls as experts “children, parents, students and university teachers“. From the university side, not only urban planners were involved, but also educationalists. 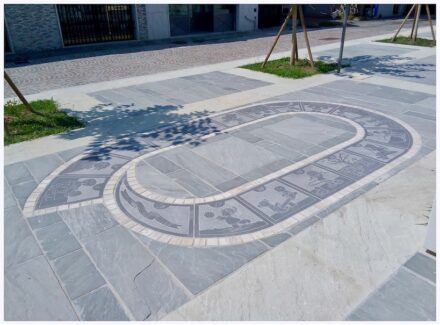 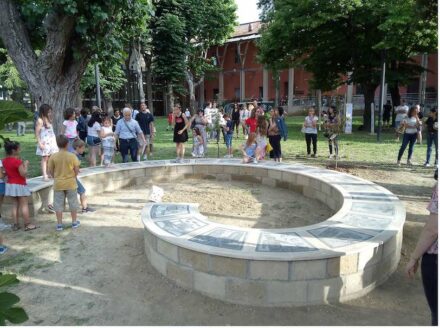 The company itself has also organized conferences on urban design issues or appeared at expert meetings with speakers.

At the moment, it is seeking contact with like-minded people worldwide, with one of the starting points always revolving around the use of local natural stone varieties. Because as is well known, marble, granite & Co can transport a feeling of home. This is, in addition to the previously mentioned hardness, durability or reusability, another property of the material.

Animum Ludendo Coles uses for the images the volcanic stone Basaltina, which is extracted near Viterbo in central Italy. The “drawing“ in the stone is done exclusively by hand. 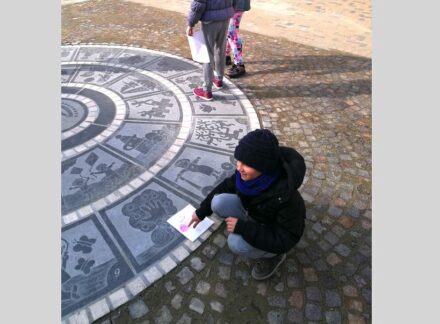 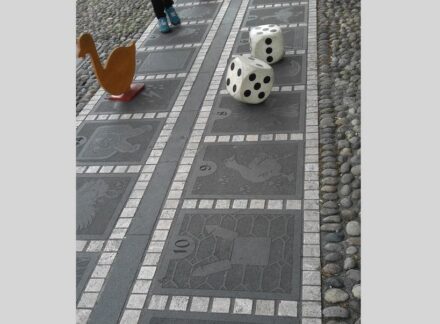 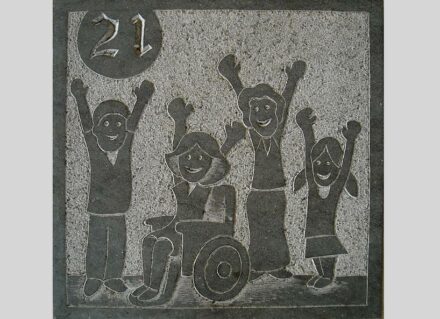