The Swiss designer Isabell Gatzen takes echoes from the famous graphic artist M.C. Escher for some of her furniture pieces 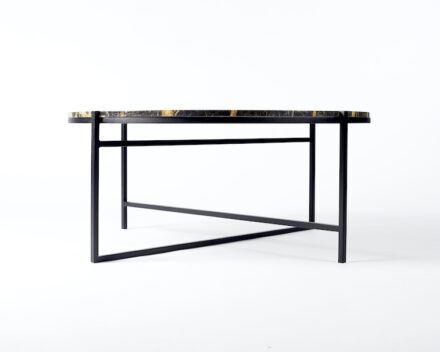 The contrast between form and the material marble gives her works a down-to-earth flair, even if some of the pieces reflect unusual ideas

M.C. Escher has influenced her collection, writes Swiss designer Isabell Gatzen. That’s a tall claim, but in some of her work you can actually find echoes of the famous Dutch graphic artist who drew impossible worlds. 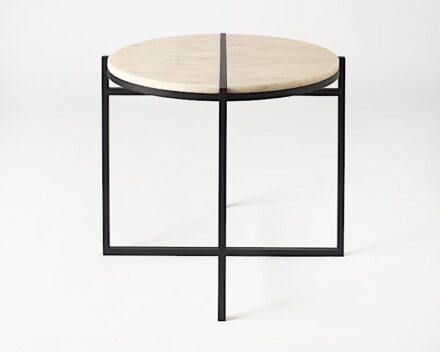 The tables from her “Other Way Round” series are an example of this: their legs somehow seem to run beyond the 3rd dimension but are simply executed in an unusual way. Of course, this appeal to Maurits Cornelius Escher (1898-1972) only works when viewed from a very specific perspective and best in rendering. 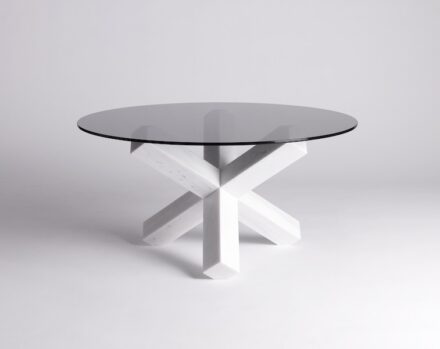 Or the side table “Hook Me Up“. Here everyone wonders how the legs might be put together and whether they can be taken apart again for transport. 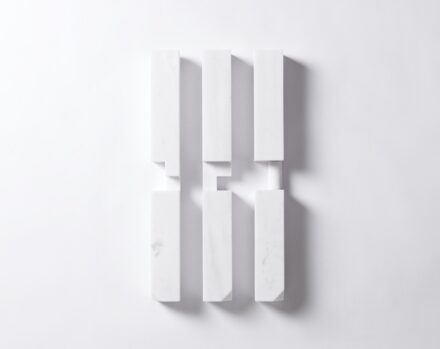 Here’s the secret: they are only cleverly plug-connected but also easily disassembled. 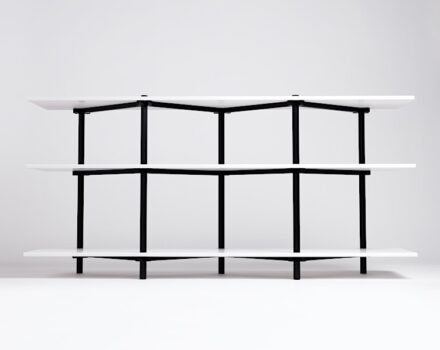 Or the “Unity“ shelf. Seen from the right perspective, the echoes of Escherian geometries are again unmistakable. Here, too, the design manages without screw connections.

“The collection seeks to play with perceptions of light and weight, and embraces hidden details which encourage users to interact with the pieces, “ as stated by Isabell Gatzen in her press-release. 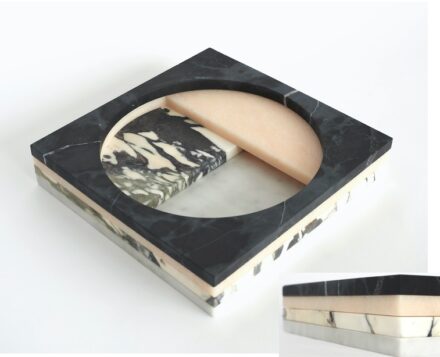 Concrete interaction enables, for example, the bowl “Better Half“. It consists of 4 slices of different types of marble, which are designed to be placed on top of each other. 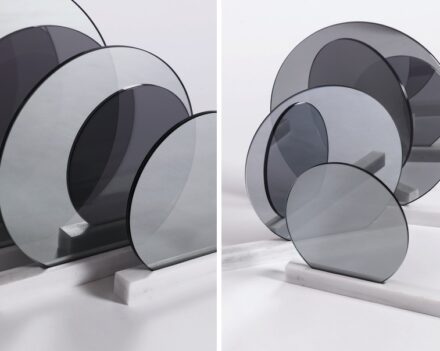 Likewise, the series of mirrors “See Right Through Me“. These are one-way mirrors, through which you can also look. The contrast between the round glass mirror and the square marble base is appealing.

Contrast is a central element of design for Isabell Gatzen.

In terms of materials, she uses aluminum, brass, glass and wool in addition to marble. Natural stone has a “leading role“, she writes: on the one hand, it looks back on an ancient tradition in terms of use and has an “innate elegance“. On the other hand, it also offers many possibilities for modern ideas.

Her focus “lies on the intersection of objects, furniture and interior spaces“, according to her webpage.

Isabell Gatzen graduated in industrial design from the Zurich University of the Arts (ZHDK) in 2005 and has since worked as a designer in the fields of consumer electronics or sports, among others. She has had her own studio in Zurich since 2010. Her work has been honored with an International Design Excellence Award and a German Design Award, among others. 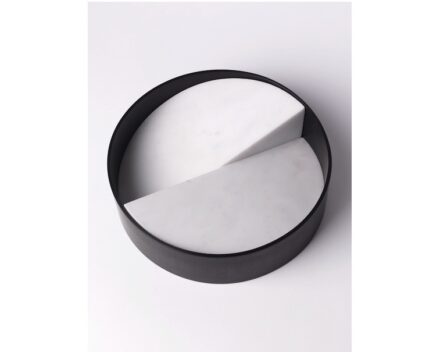 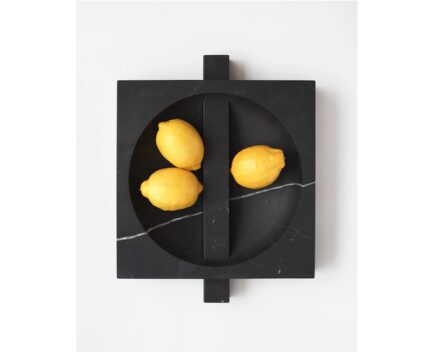 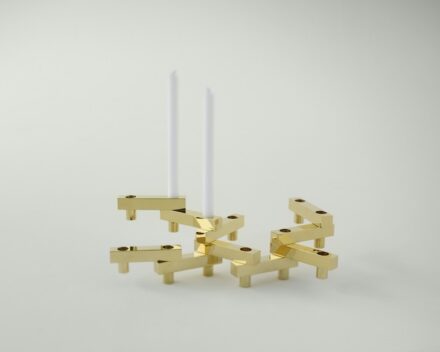 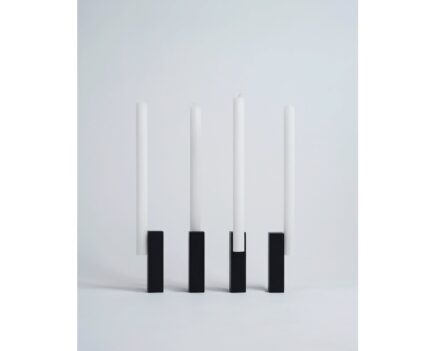 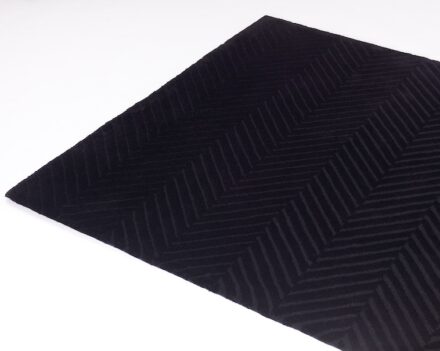 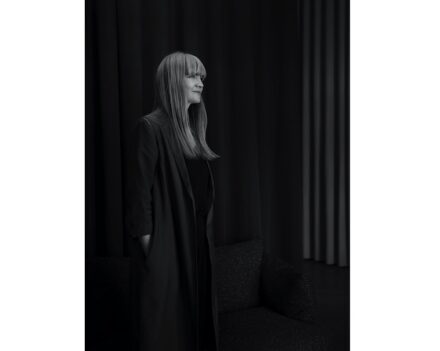