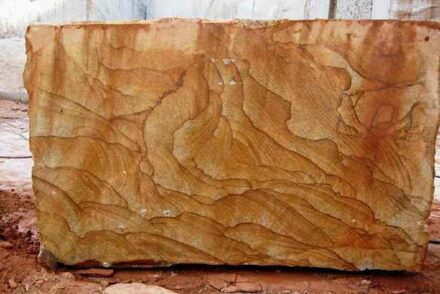 In the meantime, the dispute has reached the legal level and the resignation of President Reinaldo Sampaio is being demanded

Brazil’s natural stone industry has been grumbling for some time, and in January and February 2021 there were open expressions of discontent, so much so that one newspaper even wrote of “rebellion“ – though not because the country’s Carnival had to be canceled because of Corona. Rather, the exporters are dissatisfied with the work of the umbrella organization Abirochas, and most recently there had been an open letter (see below) and injunctions in court.

Essentially, the exporters say that the umbrella organization does too little for them. Specifically, the accusations are that there have been no increases in exports for well over a decade, and, more to the point, that there is a monoculture among target countries. This has been deplored for years even in the association statistics “Informe“ of Abirochas: for processed products, the country has only the United States.

The decision makers at Abirochas are not interested in opening new markets, is the essence of the complaint.

Let us sort things out.

In 1998, Abirochas (Associação Brasileira de Rochas Ornamentais) was founded as an umbrella organization for the natural stone associations of the individual states.

The state associations that sit on the Abirochas board usually have similar names and carry an abbreviation as a regional identifier: e.g., Sindirochas-ES is the association of the state of Espírito Santo, Sinrochas-MG that of Minas Gerais, Simagran-CE that of Ceará and Sincocima-RJ that of Rio de Janeiro.

These 4 associations are by far the big players in the country’s stone sector: they account for 85% of stone production and 96% of exports.

The dispute has come to a head in recent months, with the quartet of critics now demanding that Abirochas president Reinaldo Sampaio resign. He has led the umbrella organization for 10 years.

Among other things, the critics want changes in the statutes of Abirochas. 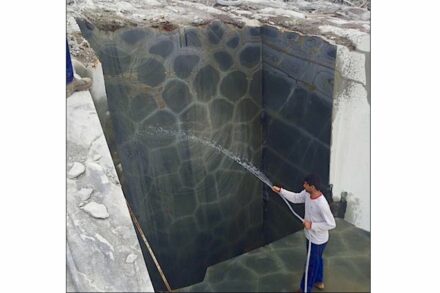 Last but not least, the money of the state organization for export promotion, APEX, is at stake. This organization has supported Abirochas’ activities up to now. These have included appearances at trade shows, buyer programs for foreign buyers, and the “Brasil Original Stones“ brand campaign.

One of the accusations levelled at Abirochas here is that, despite government funding, the umbrella association was unable to get Brazil’s exclusive stone varieties to really gain a foothold in markets around the world. The only exception is the USA.

We are talking, on the one hand, about the exotic granites (“Exóticos“ and (“Superexóticos“) that are mined only in Brazil and, more recently, about the white and also colored quartzites, of which Brazil has an incomparable variety. Especially these quartzites in their white varieties are currently experiencing a great demand worldwide.

However: hardly any buyers and certainly not the architects worldwide know about Brazil’s unique position with these varieties. Figuratively speaking: the world was never in excitement about these stones.

According to the critics, this is reflected in the fact that Brazil’s exports, after initial increases due to Abirochas, have not achieved any major increases since 2008 and have since been languishing around $980 million per year.

Some of Abirochas’ critics fear that Quartzites will repeat the Exóticos debacle of 10 years ago.

Meanwhile, there was a meeting of about 80 of the largest export companies, and they brought in Centrorochas as a new player. This is another organization for the export of natural stone. It has been around for a while, and according to the critics’ wishes, APEX’s money should go to this organization in the future. Or at least a part of it.

Something similar had already happened some time ago with Brazilian fruit: there the exporters had been dissatisfied with Ibrafrutas and had founded Abrafrutas, which now officially represents the fruit industry to the country.

Centrorochas has just announced that it will conduct a market analysis for the United Arab Emirates. The aim is to find out where exactly Brazil has the best opportunities there and with which products. 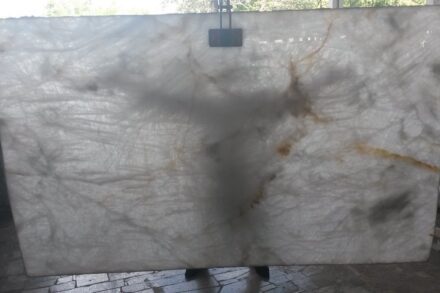 We give a comment: perhaps the involvement of Centrorochas already contains the solution to the problem. Let us look at Turkey: there, the natural stone sector also has 2 associations (IMIB and EIB), which have to compete with each other for state funding. The allocation of the support takes place in such a way that market researchers formulate concrete objectives on behalf of the responsible ministry – the association with the most convincing concept for implementation is awarded the contract.

After a time, the successes are reviewed.

One more comment on the dispute in Brazil: one problem of the non-increasing export figures and the lack of brand strength is undoubtedly caused by the exporters themselves. This is because the above-mentioned varieties, which only Brazil has, are exported in large quantities by the companies as raw blocks – they are then processed in China or Italy, for example, and come back from there to the markets in the West with new denominations and as products with higher value.

Initiator of the Open Letter was Carlos Rubens A. Alencar, President of the Association of Ceará and initiator of the still young Natural Stone Fair in Fortaleza, CE. Download in English.