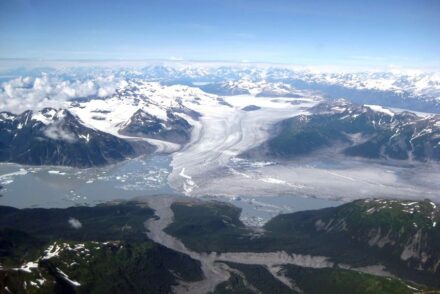 (Photo above) In 1958, a magnitude 7.8 earthquake triggered a rockslide into Southeast Alaska’s Lituya Bay, creating a tsunami that ran 1,700 feet up a mountainside before racing out to sea. Researchers now think the region’s widespread loss of glacier ice helped set the stage for the quake
https://news.uaf.edu/melting-glaciers-contribute-to-alaska-earthquakes/ 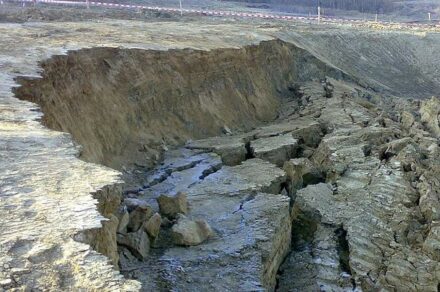 Mass movements such as landslides and hill-slope debris flows cause billions of euros in economic damage around the world every year. Now, a team of Austrian scientists identified for the first time the chemical influencing factors and triggers for recurrent mass movements in fine-grained sediments
https://www.tugraz.at/en/tu-graz/services/news-stories/media-service/singleview/article/tu-graz-forscher-identifizieren-chemische-prozesse-als-schluessel-zum-verstaendnis-von-erdrutschen-c/ 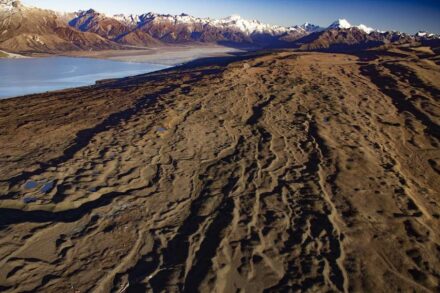 The origins of ice age climate changes may lie in the Southern Hemisphere, where interactions among the westerly wind system, the Southern Ocean and the tropical Pacific can trigger rapid, global changes in atmospheric temperature, according to an international research team. The mechanism is dubbed the Zealandia Switch
https://umaine.edu/news/blog/2021/03/12/zealandia-switch-may-be-the-missing-link-in-understanding-ice-age-climates/ 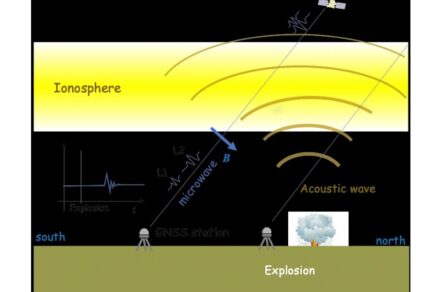 A 2020 explosion in Lebanon’s port city of Beirut led to a southward-bound, high-velocity atmospheric wave that rivaled ones generated by volcanic eruptions. The blast is considered one of the most powerful non-nuclear, man-made explosions in human history.
https://www.global.hokudai.ac.jp/blog/the-blast-that-shook-the-ionosphere/