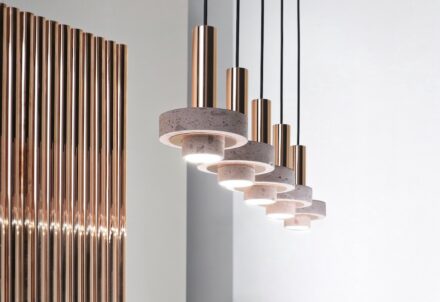 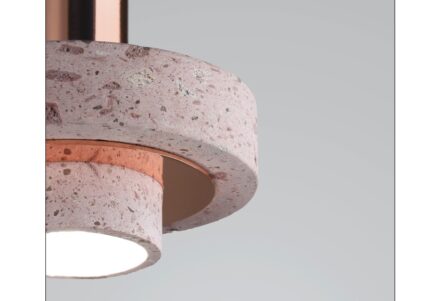 The art of Mexican craftsmen, combined with the stones of the country and a modern and functional design are the hallmarks of David Pompa. His “Ambra“ collection of different lamps now includes 4 models with the new hanging lamp. In them, the volcanic stone La Cantera in its pink variant is combined with brushed copper. The two shades of red harmonize very well, strong is the contrast between the smooth surface of the metal and the stone with pores and dark inclusions.

La Cantera is little known outside Mexico but has always been part of the architecture and culture there. It is a lava with a high percentage of volcanic ash. 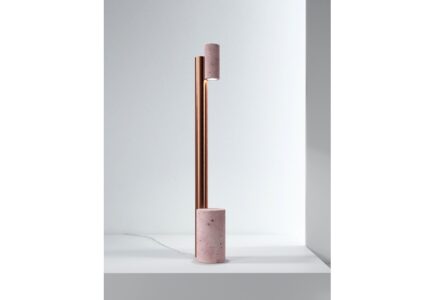 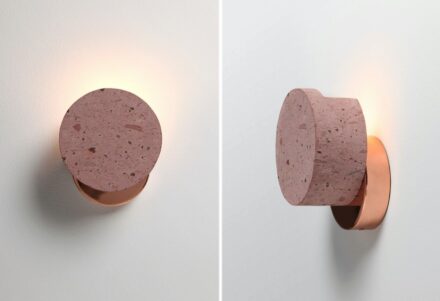 La Cantera occurs in practically all shades from pure white to white striped as well as green and brown to black. Since the stone is very durable, but on the other hand easy to work, it characterizes the historical buildings all over the country. It looks a bit like terrazzo.

David Pompa used the pink version for his lamp collection. Virtually the entire old town in the city of Zacatecas, incidentally a World Heritage Site since 1993, is built of the material.

Pompa grew up in Mexico and Austria and studied in London. Since 2013, he has had his own studios in Mexico City and in Klagenfurt. His designs are produced only in Mexico. 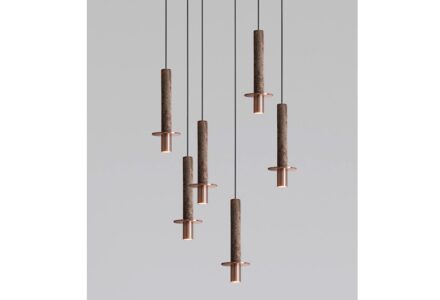 He came into contact with the long artisan tradition in the country in 2009, when he met ceramists who worked with the so-called “Barro Negro“ (Black Mud). He now uses this special clay for tiles or other ceramics. 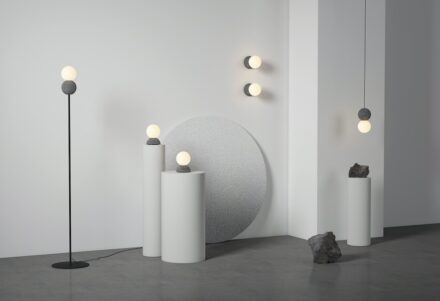 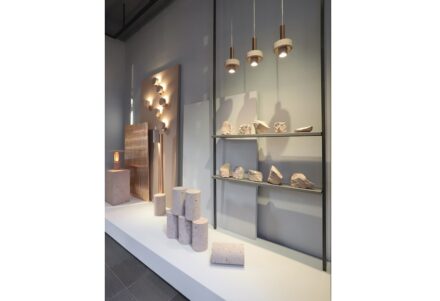 How important for his design concept is the selection and combination of the right materials, you can experience in his showrooms: there are effectively staged with the light of amber lamps numerous raw stone blocks.

We show some of his creations with stone.