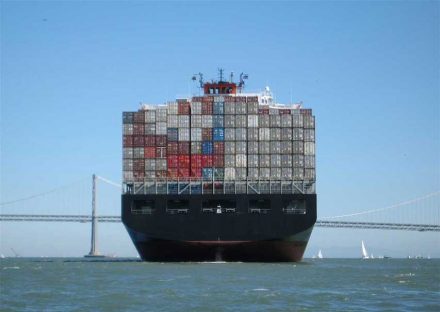 Analysis for the market of gravestones in Poland: Moving cheap grades and products is not economical it at the moment, and traders may soon have to look for new suppliers

We publish research of our partner magazine Nowy Kamieniarz. The editors of the Polish magazine have highlighted the current changes in the global freight business as a result of Corona. Here is a digest of the article with a focus on the situation in Poland.

Update 1: as predicted in the report below, there has been a slight reduction in prices in the meantime. According to new research by Nowy Kamieniarz, prices for transporting a 20-foot container from Xiamen to the Polish port of Gdynia decreased from US-$ 5500 to US-$ 4250. Company representatives expect that perhaps “by the end of June 2021“ the margin of US-$2500 can be reached, which is still well above the former prices of around US-$850. An importer says he is currently only selling natural stone from stock. A stonemason specialized in gravestones adds: “At the moment, only those who have a good stock are working.”

Update 2: Stonemasons in Pittsfield, Il, say that the Covid-19 pandemic is causing a shortage of granite. They had to wait weeks for the stone they ordered, according to a report.

Since June 2020, prices for shipping containers have been steadily increasing, especially for shipments from China to Europe. In November, they went completely out of control at US-$2,000 for the transport from Xiamen to Gdynia and reached an unprecedented price of US-$5,000 for a 20-foot container in December. This size is usually used for transporting stone.

The reason for the chaos in the freight business is the Corona pandemic, which had virtually shut down world trade for a while in 2020.

Let us take a look back. The closure of factories in China at the beginning of 2020 and the subsequent lockdown of Europe because of Corona had completely disrupted supply chains, or rather torn them apart. The freight decline was about 15-25% compared to the previous year.

In response, however, shipping companies had not lowered their prices and fought for customers but had massively reduced shipping routes and even withdrawn some ships from service.

In addition, ships were stuck in ports because the crew had been quarantined.

This went well at first. Capacities were adjusted to demand, and prices were maintained.

Unexpectedly quickly, however, China soon cranked up its production again. In addition, there was suddenly enormous demand for hygiene products – all of a sudden, ship and container space from China to the world was again in great demand. As the usual circuits were disrupted, there was soon a shortage of empty containers – while elsewhere the transport boxes were standing around full, waiting to be unloaded.

In addition, the Brexit at the end of 2020 gave the transport industry a further boost when numerous companies increased their stock levels.

As a result, shipowners raised their prices and there were waiting times of several weeks for empty containers. 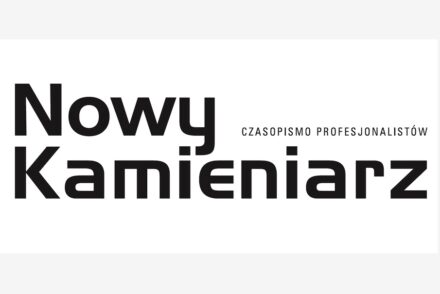 Adrian Buraczyński, director of Magemar Polska, explains the situation: “In such a situation, bidding starts, the one who puts more money on the table gets a container first.“

But: only those who have high-value goods to transport, such as electronics or clothing, can factor the increased freight costs into their prices

The stone industry usually cannot keep up. The most common stones imported from China to Europe are not the most expensive varieties. Adding a few thousand dollars to the container, or the cost of the raw block, makes such imports unprofitable.

“No sane person would import stone from China these days, except for individual containers for special orders. We have frozen all shipments,” says Wojciech Rogala of Rogala Company. “Prices for freight from Brazil remained more or less unchanged, the cost of transport from India has roughly doubled, but is still acceptable.“

In Poland, this affects many stonemasons who import gravestones from Asia. Calculations show that penalties for withdrawing from a sales contract would ultimately be cheaper than transportation.

“If the situation continues, it is possible that we will have to look for substitutes for Chinese stones,“ says Rogala.

The situation is similar when it comes to importing machinery.

Would switching to rail transport as part of the New Silk Road be a solution? For some years now, there has been a regular train service with fixed schedules from Europe via Russia to China. For transports of the usual types of stone this would not pay off either, Nowy Kamieniarz proves.

What will happen next? The hauliers expect only minor improvements in April.

I do not expect acceptable prices for the stone industry until May or June. I hope they will fall to around US-$2,000,” says Rafał Dulniak of Granity Dulniak.

Whether the old price of around US-$ 850 will be reached again, he considers questionable.