The 2020 figures for Italy’s exports of natural stone are dire (-17,3 %) and continue the trend of recent years 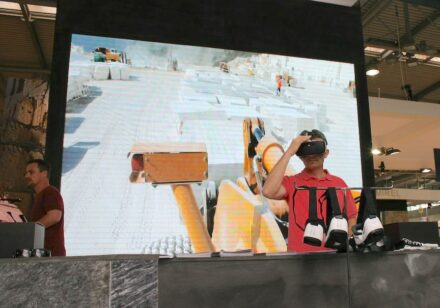 Decline also in exports of technology, but this is solely due to the Covid 19 pandemic

With far worse figures than other countries, Italy’s exporters of natural stone come out of 2020: their exports decreased by (-)17.3%, reaching a total of only €1.503 billion (2019: €1.816 billion). The data has been published by Confindustria Marmomacchine on its webpage.

Thus, Italy has generated a decline in natural stone exports for the 5th consecutive year. Meanwhile, it is far from the peak of 2015, when it had just surpassed the margin of €2 billion: with this time €1.503 billion, it is about a quarter lower than then.

Yet, just there where money is really earned with final products, Turkey, for example, had achieved an increase of (+)13.72%. In general, Turkey’s export decline was also only -6.81%. Brazil also held up well in the U.S., so that over all it only had to record a general export decline of (-2.65%).

The decline in Italy’s shipments to the USA must also be described as worrying because private housing development experienced an increase in demand there as a result of Covid-19. Turkey and Brazil apparently benefited from this – Italy’s clear failure can only be interpreted as meaning that the image of its Made in Italy no longer meets customers’ wishes as it did for decades before.