On our list for the time after Covid-19: São Paulo in Brazil from its artistic side with stone 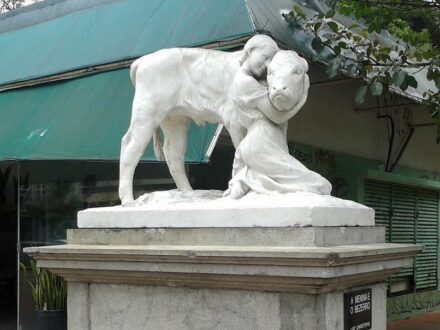 The metropolis is home to numerous sculptures and, of course, some monumental monuments to the country‘s history

Brazil‘s economic capital has a lot of culture to offer, including worth seeing examples of modern architecture from the 1950s and 1960s, and also many stone sculptures by international artists, spread throughout the city.

We present a few. For references to the stones, we thank Carlos Rubens de Alencar, founder of the Fortaleza Brazil Stone Fair (FBSF) in the northeast of the country and head of the Simagran-CE association.

On the Largo do Arouche, not far from Praça da Republica in the center of the metropolis, one finds the sculpture “A Menina e o Bezerro“ (The Girl and the Calf), by Luiz Cristophe around 1910, made of marble with a base of Itaquera granite (see photo at the top). 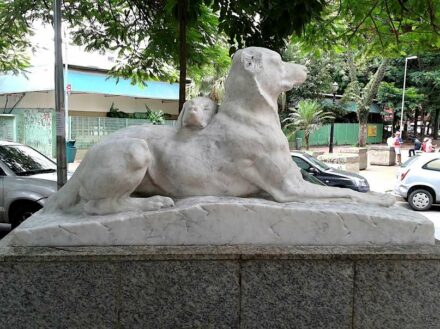 “Amor Materno“ (Mother Love), also on the Largo do Arouche, shows a bitch with her offspring. Sculptor was Charles Louis Eugène Virion around 1913, he used the same materials, but the base has been replaced. 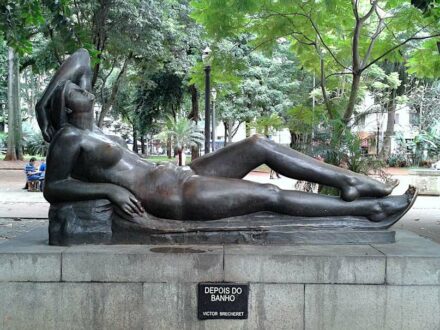 We would like to point out another work of art in the square (with the famous flower market): “Depois do Banho“ (After the Bath) shows a naked woman lolling about in a relaxed manner. The bronze artwork by Victor Brecheret with a granite base from 1941 initially led to fierce protests from local residents. 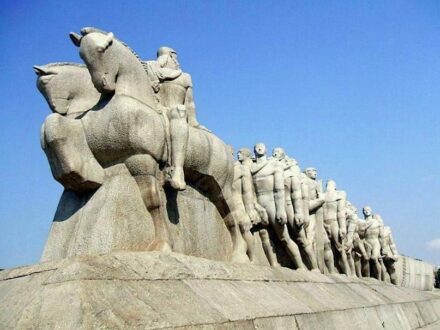 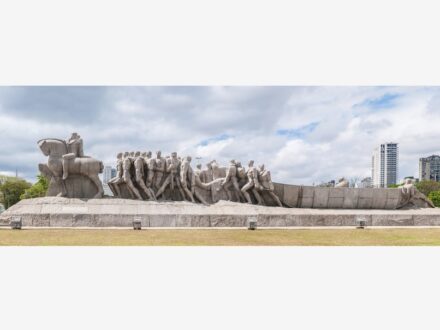 Quite different both in material and monumental style is the work “Monumento às Bandeiras“ in Ibirapuera Park, also by Victor Brecheret. It commemorates the Bandeirantes, the descendants of the immigrants who, in the 17th and 18th centuries, developed the countryside around early São Paulo. On the one hand, they still represent the activism that the Paulistas see as their trademark; on the other hand, they acted like the first colonialist and enslaved the indigenous people.
The monument was inaugurated to the public in 1953 for the 400th anniversary of the city. It is 11 meters high, 8.40 meters wide, almost 44 meters long and is made of 240 blocks of granite Cinzo Mauá, each weighing 50 tons. 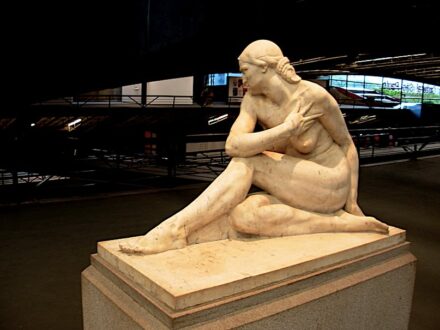 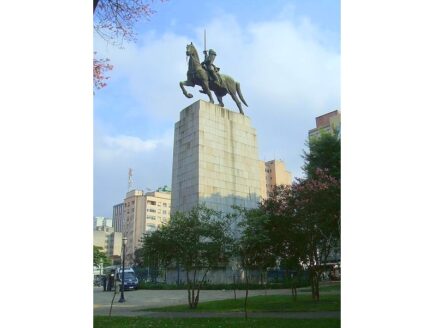 Numerous other very different sculptures by the same artist can be found all over the city, such as “Eva“ at the entrance to the Centro Cultural São Paulo or the “Monumento ao Duque de Caxias“ on Praça Princesa Isabel. 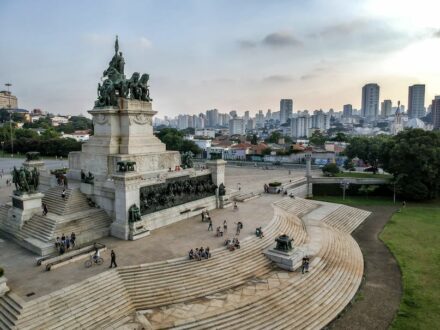 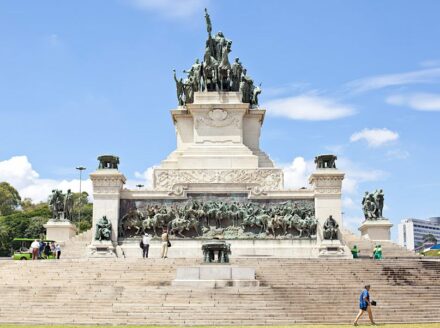 Of course, we also have to mention the “Monumento à Independência do Brasil“ by the artist Ettore Ximenes and the architect Manfredo Manfredi, erected in 1922 on the occasion of the 100th anniversary of the independence of Barilia. It is made of granite and with numerous bronze statues. 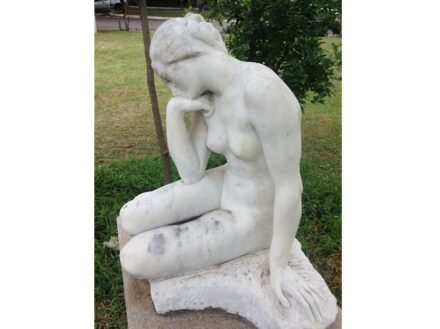 Finally, a work to return to normal dimensions, “Nostalgia“ by Francisco Leopoldo e Silva on the Praça Professor Cardim. Unfortunately, the work is damaged and dirty.

Those who read Portuguese will find these and more artworks and their stone types described on 2 pdfs on the net (Portuguese 1, 2).