Tate Modern’s „EY Exhibition: The Making of Rodin“ gives a unique insight into the artist‘s ways of thinking and making 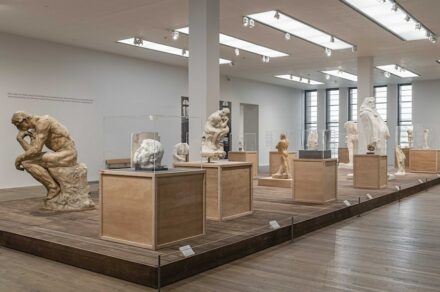 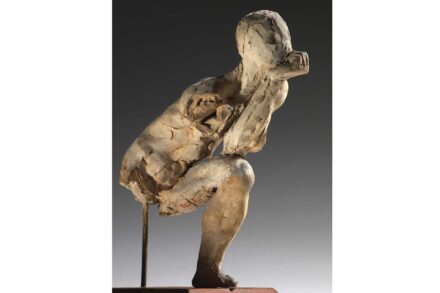 Auguste Rodin, who personally only worked as a modeller with materials such as clay, broke the rules of classical sculpture to create a dramatically different image of the human body

London’s Tate Modern art gallery sent us the following press release about its new exhibition. The show is part of the EY TateArts partnership:

Tate Modern presents a major new exhibition of Auguste Rodin (1840-1917). It shows how he broke the rules of classical sculpture to create a dramatically different image of the human body, mirroring the ruptures, complexities and uncertainties of the modern age. Featuring over 200 works, many of which have never been shown outside France, “The EY Exhibition: The Making of Rodin“ offers a unique insight into Rodin’s ways of thinking and making…

Although Rodin is best known for his bronze and marble sculptures, he personally only worked as a modeller, capturing movement, emotion, light and volume in pliable materials such as clay which were then cast in plaster. “The EY Exhibition: The Making of Rodin“ is the first show to focus in-depth on Rodin’s use of plaster, taking inspiration from the artist’s landmark self-organised exhibition at the Pavillon de l’Alma in Paris in 1900. 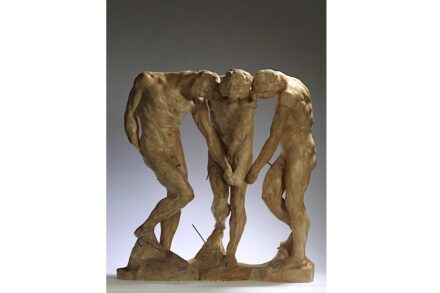 It was here that Rodin made the unconventional decision to display his life’s work almost entirely in plaster, emphasising the crucial role the medium played in his career. Many of the star exhibits of 1900 such as the monumental casts of “Balzac“ (1898) or “The Inner Voice“ (1896) are shown at Tate Modern in a rare reunion.

The exhibition also evokes the atmosphere of the Pavillon de l’Alma, which in turn had riffed on an imaginary vision of the artist’s studio.

Rather than show a workshop populated by models, carvers, casters, photographers and founders who turned Rodin’s creations and vision into traditional commercial sculptures, it foregrounded modelling and the notion of the ‘artist’s hand’ as the central drivers for Rodin’s work. 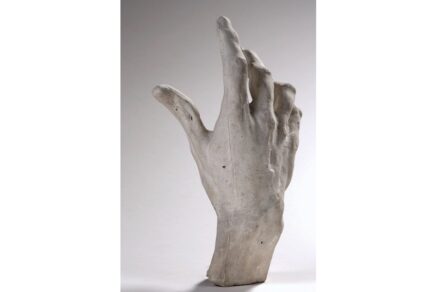 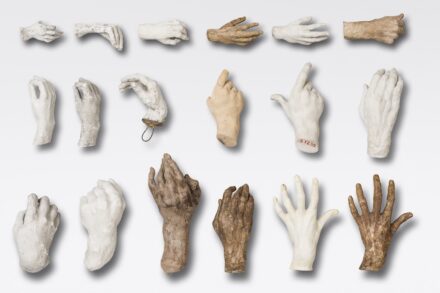 A stockpile of plaster body parts on loan from the Musée Rodin reveal how he continually experimented with fragmentation, repetition and joining existing parts in unconventional ways. Individually crafted heads, hands, arms, legs and feet allowed him to dismantle and reassemble his works time and again in countless combinations and poses. The exhibition explores how these experiments went on to influence some of the artist’s best-known sculptures, including the newly restored plaster for “The Burghers of Calais“ (1889) displayed as Rodin had originally intended.

The complex dynamics of Rodin’s work with different models are considered from the perspective of some of the extraordinary women with whom he worked, including his onetime studio assistant and collaborator Camille Claudel. Rather than conceive an ideal, Rodin strongly responded to the individual character and physicality of his models. 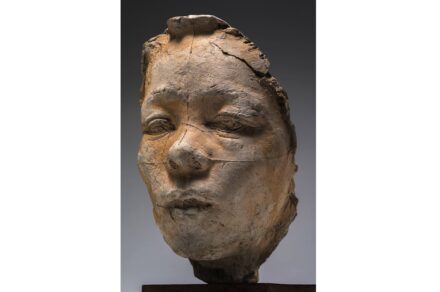 This is especially evident in his numerous portraits of the actress Ohta Hisa (1868-1945), who under her stage name Hanako performed westernised adaptations of Kabuki theatre to French audiences enthralled by all things Japanese.

Busts depicting Rodin’s friend and correspondent, the German aristocrat Helene Von Nostitz née Hindenburg (1878–1944), also illustrate how he embraced visible traces of his work’s creation, believing the ‘process’ to be as significant as the finished form.

Archival images, many of which Rodin chose to display alongside his plaster works at the Pavillon de l’Alma, show how he used photography to explore combinations of forms and analyse his sculptures from multiple viewpoints. These are joined by a series of the artist’s delicate watercolour drawings in which he further experimented and re-worked bodily forms.

Tate Modern: “The EY Exhibition: The Making of Rodin“, until November21, 2021