Sensation in Dresden: a skull in white marble has been attributed to the famous Italian sculptor Gian Lorenzo Bernini 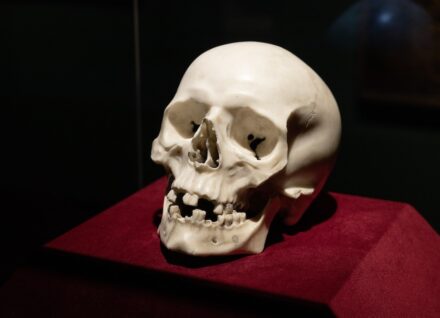 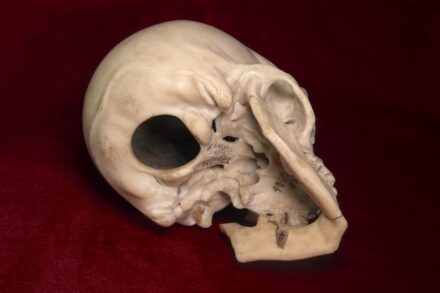 Friedrich August I of Saxony, better known as Augustus the Strong, had purchased the masterpiece in 1728, but later it got forgotten

Sensation in Dresden: after intense scientific research, a skull in white Carrara marble in the Staatliche Kunstsammlungen Dresden (SKD) has been attributed to the famous Italian sculptor Gian Lorenzo Bernini (1598–1680). The masterpiece, previously believed to be lost, is life-size and so realistic that it could almost be mistaken for a real human skull. No element is left unfinished, no detail spared, from the delicately sinuous sutures connecting the cranial bones, to the jutting cheekbone or the paper-thin nasal septum. The skull is hollow and the finish just as perfectly and anatomically correct on the underside!

To mark this discovery, the special exhibition “Bernini, the Pope and Death” is held in the Semperbau am Zwinger until September 05, 2021, and online. It will show many of the pieces in Rome jointly created by Bernini and pope Alexander VII, who are rightly regarded as a “dream team” of the baroque era. Another topic is the plague of Rome in 1656/57 and its coincidences with the Covid-19 pandemic today.
The attribution was made possible by its very particular provenance: the marble skull comes from the Chigi collection in Rome, which Friedrich August I of Saxony, better known as Augustus the Strong, purchased in 1728.

Also, the creation of the “famous skull” as it was described in contemporary sources is well documented: it was the first piece that Alexander VII commissioned from the sculptor, three days after being elected Pope on April 07, 1655. During a private audience with Bernini, the Pope ordered a lead sarcophagus which he planned to keep beneath his bed, along with a marble skull to stand on the Pontiff’s desk. 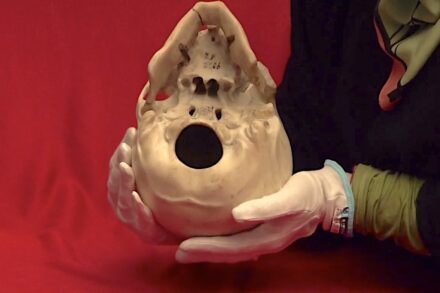 The idea of surrounding oneself with such objects may appear strange today, but considering the fact that sudden, often violent death was part of everyday life in the 17th century, the partly religiously motivated background is clear. It was because of death’s ubiquitous, sinister nature that people made a particular effort to lead a good Christian life, securing themselves an eternal existence in the afterlife. Even the Pope wanted a constant reminder of death.

How close this threat had already come was obvious shortly Alexander was enthroned by an outbreak of the plague in 1656. Since 1652, the disease had been insidiously approaching from North Africa via Sardinia and Naples – a terrifying scenario we can identify in a whole new way today in the light of the Covid-19 pandemic. One thing that stands out in all this is how closely the measures Alexander VII took to combat – and ultimately defeat – the plague (quarantines, masks and the extensive shutdown of public life) mirror those now shaping everyday life in the face of today’s pandemic.

The exhibition provides as broad a context as possible for the skull: other parts of the presentation are dedicated to the Chigi family as promoters and collectors of art, to the rivalry between Bernini and Francesco Mochi, and to Bernini’s influence on the works of Balthasar Permoser, the court sculptor working in Dresden at the time.

This context largely comes from works from the varied holdings of Staatliche Kunstsammlungen Dresden: the pre-1800 Skulpturensammlung, the Gemäldegalerie Alte Meister, the Kupferstich-Kabinett, the Münzkabinett and the Grünes Gewölbe. 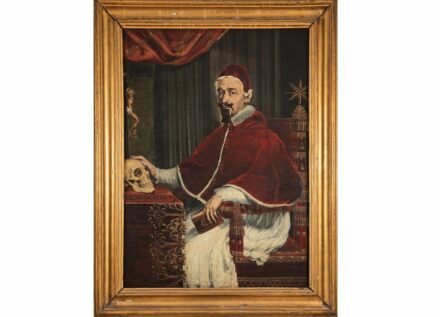 One loan of special note comes from the Sovereign Military Order of Malta in Rome: a portrait of Alexander VII depicting him with Bernini’s skull in his hand. The painting is by a disciple of Bernini who died of the plague in 1656. 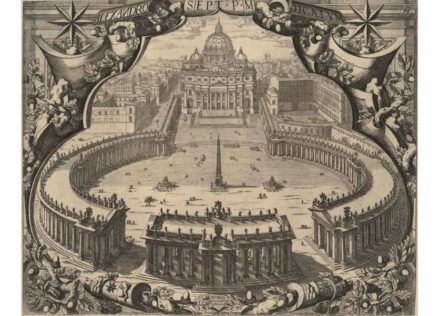 The buildings and fountains of sculptor and architect Gian Lorenzo Bernini had a lasting effect on the Roman cityscape, and his famous sculptures such as “Apollo and Daphne” or “The Ecstasy of St Teresa” came to epitomiZe the baroque era. Over the course of his lifetime, Bernini worked for eight Popes, but had a very close connection to Urban VIII of the House of Barberini and Alexander VII of the House of Chigi. For the latter, he created not only the Pope’s colossal tomb and the Cathedra Petri, both in St. Peter’s Basilica, but also some highly private works of art that testify to the close relationship between the pontiff and the artist.

Video of the exhibition (German)