Are art and culture not different from consumption and commerce? is the real question in a farce in the Moselle town of Traben-Trarbach in Germany 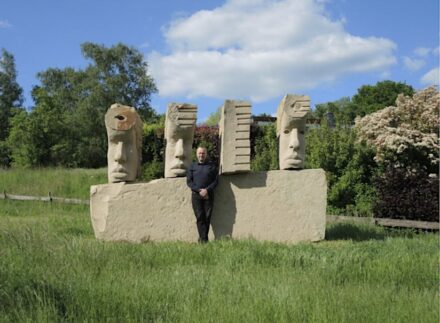 In the small tourist town of Traben-Trarbach in the idyllic valley of the Moselle River in Germany, one of the world’s big topics was at stake a few weeks ago: are art and culture just a form of consumption and commerce, or perhaps something more? In the meantime, the town’s resident sculptor, Jürgen Waxweiler, has put an end to the conflict and, under much interest from local newspapers and the television, had his 14-ton sculpture removed from a vantage point above the little town.

The reason is the tourism fee that the administration demands from him and that he does not want to pay.

Traben-Trarbach demands this contribution from all those who earn their money in connection with tourism. Because the city must come down from a very high debt load. Such fees are widespread all over Germany, yet in different forms.

However, Traben-Trarbach has taken particularly drastic measures: the contribution is to be paid by all those who profit in some way from the guests – that is, not only hotels and restaurants, but also, for example, the craftsmen, who in turn receive orders in connection with the travel business, and finally also Waxweiler.

Because he also profits from the guests in town, as the mayor explains in a TV report.

The contribution is graded according to the annual turnover of those affected.

Waxweiler sees things differently, of course: it is he, after all, who promotes tourism with his art, he argues, because he maintains, for example, a sculpture garden and an exhibition in town where he offers free guided tours to guests in German, English, and French. 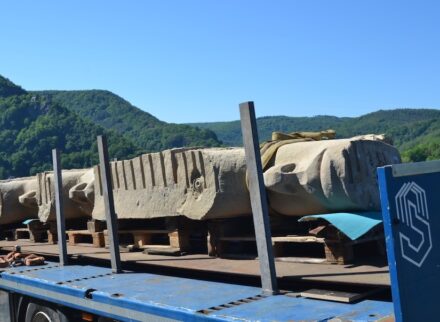 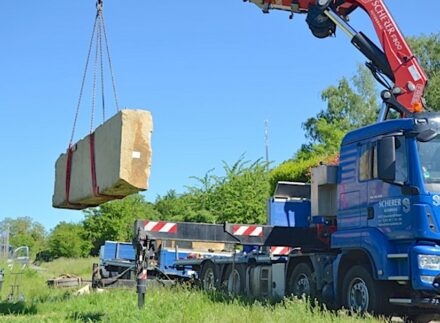 And his 14-ton sculpture in the vineyards above the town is also an attraction for guests, he adds. Conclusion: he already makes his contribution and, consequently, he does not want to pay double, he is quoted in the media reports.

He had created the vineyard sculpture with the title „Vier Versuche über das Sehen“ (“For Attempts on Seeing“) 12 years ago from local sandstone and put it up as a free permanent loan. It consists of 4 heads looking over the Moselle valley, including one with a third eye in the forehead. Heads in many variations are a main theme of Waxweiler. 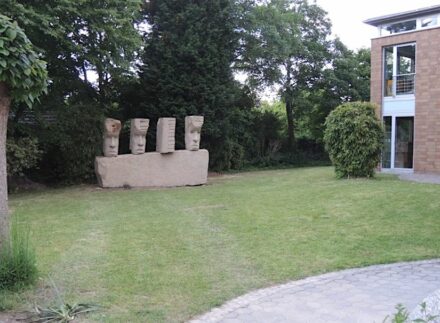 The dispute has now led to an unpleasant outcome for both sides. Because Waxweiler has now agreed to the long-standing request of a collector and sold him the work. Removal took place at the beginning of June 2021. The work can now be seen from the street in a suburb of the town of Düsseldorf.

A small countryside farce, but on the occasion of the Corona pandemic an opportunity for a reflection about the role of art and cuture in everyday life.

An example: is the work of actors or musicians in the evening on stage the same as the work of citizens in the morning in the office or the store, namely nothing but earning a living?

Or: do the activities of the artists go beyond the jobs of employees and entrepreneurs, because with their art they want to give the guests something that goes beyond everyday life and that is not only meant for the moment? 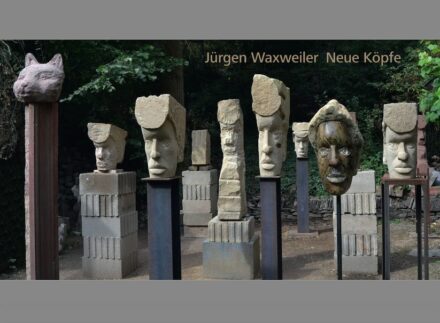