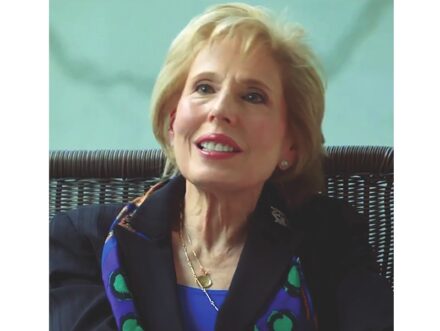 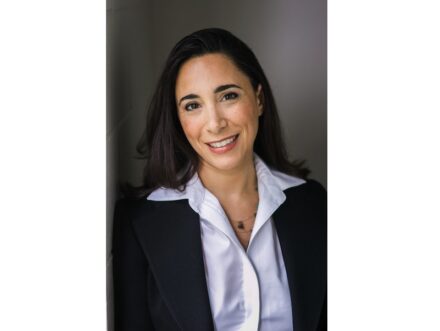 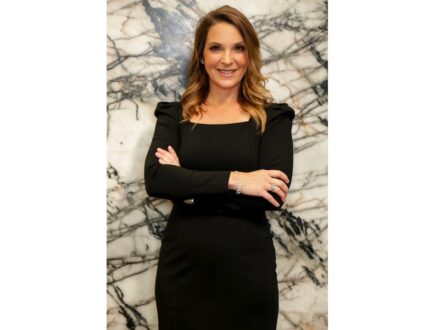 Barbara Cohen (Miller Druck Specialty Contracting) has been named the recipient of the 2020 Migliore Award for Lifetime Achievement. Barbara makes history as both the first woman to receive this award and the first second-generation recipient (her father, Malcolm Cohen, received the award in 2005.)

Barbara Cohen has been called many things: a force of nature, a true leader. In a letter nominating Barbara for this award, her colleague Kim Dumais wrote: “There are many individuals who have positively contributed to the success of the Natural Stone Institute and to the natural stone industry. Yet few have done it over the span of several decades as well as her.”

Barbara entered the stone industry in the 1970s, joining her father Malcolm in the family business then known as Domestic Marble and Stone. Her father was a big inspiration to her. She reflected that he gave her an opportunity to lead “in a time when it was unpopular for a woman to take over ownership of a company, to work in an industry that I love.”

Barbara has been a role model for women in a male dominated industry, in a time when there were few women in positions of authority or management. She supported people from all walks of life, regardless of where they were from, only wanting to see people who worked with stone do better and to learn from each other by being involved in the association.

During her board service Barbara contributed not only to strategic guidance, but also led the development of the “Color Plate” books and stone reference guides. She also provided substantial contributions to the version IV update to the iconic Dimension Stone Design Manual. Tennessee Marble Company president Monica Gawet, who served with Barbara on the board, called her a “true leader for all of us in the industry, male or female.”

Barbara became president of the MIA in 1998. During her term, she was committed to improving the association’s image by striving to have the most inclusive membership possible with the widest net of global representation on the board, so the industry would broaden its opportunities.

She was instrumental in improving the association’s technical services, particularly as she saw the void that the MIA was not filling to address technical standards in the industry. Barbara worked with Vince Migliore, former MIA Technical Director for whom this lifetime achievement award is named, helping to establish the association as the foremost authority in technical knowledge and assistance.

Barbara herself is a strong technical resource and loves teaching everyone she meets about natural stone. Longtime employee Ismael Garcia affectionately calls Barbara a force of nature and explains her devotion to educating others. “You just need five minutes with her,” he says. “One story will turn into three and if you don’t learn 20 different things in those 5 minutes, something is wrong with you. You just need to sit and listen and learn.”

Barbara has always advocated for opportunities for leadership among women in the industry, lending her staff support to the serve on the Women in Stone Steering Committee and financially supporting the initiative to inspire, empower, and advance hundreds of women in the stone industry. Yet her true legacy will be remembered for the passion with which she talks about natural stone.

“Stone has as much style as the clothes we wear—as the homes we build—as the architects can dream up in their beautiful designs,” Barbara said. Her love of natural stone, leadership philosophy, and contributions to the association now known as the Natural Stone Institute have resulted in significant advancements for the entire industry.

Nominations for the 2021 Migliore Award are being accepted until July 20. To learn more, visit https://www.naturalstoneinstitute.org/programs/awards/migliore-awards/.

Starting out in their family business as a counter sales representative, Brie was challenged by dealing with some prejudice that a woman selling to contractors and homeowners could encounter. Brie’s knowledge of product and production, along with her strength of character, always persevered. Her knowledge increased and she went on to work in almost every department at Connecticut Stone, always facilitating change in the organization to improve processes and efficiency and stay compliant with evolving government regulations. Today, Brie is Vice President of Operations at the 70-year-old company, proving herself and her capabilities at all times.

Throughout her 21 years in the industry, Brie has remained as dedicated to her family as she has to her profession. Family businesses are common in the stone industry and as such, present a unique set of issues and circumstances in addition to the day to day business at hand. Brie has participated in many roundtable discussions on this topic, sharing her insights and perspectives that have helped others, including being a champion advocate for advancing women within the industry and inspiring others to be better.

Brie has been instrumental in organizing and developing the Natural Stone Institute’s Women in Stone initiative, serving as the first chair of its Steering Committee. She has led the charge to establish some of their most successful projects, including a Dress for Success charitable donation, the Empowerment Scholarship, and several live educational events and workshops.

Kathy Spanier credits Brie for providing structure and leadership in developing the Women in Stone program to what it is today. She applauds Brie’s commitment: even after she completed her time as chair, she didn’t stop serving. She stayed on, helped, and mentored the group.

Brie coordinated many of the WIS events that created greater awareness for the group. With her insight and knowledge of the industry, she developed the Project Model program at Coverings into an innovative way to educate attendees, while also increasing exposure to Natural Stone Institute member companies. By utilizing the exhibition hall before show hours, it allowed uninterrupted access to member experts who demonstrated aspects of finishing and installing stone on a residential project.

Kim Dumais relates Brie’s leadership, guidance, and humility to setting a roadmap, which allowed a group of women to set forth the programs to implement the Women in Stone vision. She adds, “Brie is not someone to take credit, but rather is one to be a principal component in the big picture.”

Natural Stone Institute CEO Jim Hieb feels it would be difficult to imagine what the Women in Stone program would be like if it hadn’t been for Brie’s early leadership. “Today there are so many programs that women in the natural stone industry can take advantage of: the mentorship program, the networking, the education. And Brie was there from the very start.”

Brie continues to be a tireless volunteer and is always the first to raise her hand to help, whether at her children’s school, within her business, or for Women in Stone. She continues a passionate and committed dedication to advancing women in the stone industry.

Nominations for the 2022 Women in Stone Pioneer Award are being accepted until July 20. Learn more at http://www.naturalstoneinstitute.org/pioneeraward.

Her association contributions in 2020 include much more than serving on the board of directors. Katie was instrumental in her company donating stone to multiple Gary Sinise Foundation R.I.S.E program homes for severely wounded veterans. She also inspired the association to create a natural stone Lookbook to streamline how R.I.S.E. recipients select natural stone for their homes. Katie then personally contacted several quarries to solicit their involvement and contributions to the program.

During the early phases of the COVID-19 pandemic, Katie participated in weekly roundtable discussions with industry peers offering insight for the association’s executive board and CEO. She served as a mentor in the Women in Stone Mentorship Program and assisted in key meetings with U.S. Senators addressing legislative issues important to the industry.

Knowing that membership is the lifeblood of any association, Katie deployed the full resources of her company in 2020 to market membership to its suppliers and customers. In that effort, she led all volunteers in recruiting companies to join. She highlights the importance of membership within the Natural Stone Institute by saying: “It’s important to connect with those like-minded individuals who are also fabricators, distributors, and suppliers. You’re able to learn from one another. There are so many resources that the Natural Stone Institute offers, and really the further that you apply yourself, the more that you are able to enact change and be a better person for your company.”

Her long list of 2020 industry involvement includes participating in several educational webinars and offering support to the association’s presence at KBIS. She has also provided helpful insight and donations to the Natural Stone Foundation, the charitable arm of the Natural Stone Institute.

Pam Hammond, Natural Stone Institute Executive Assistant to the CEO, worked alongside Jensen on several projects and describes her as “someone who has great marketing prowess, is head of 21 locations across the southeastern USA, and mother to 4 children. She’s a dynamo!”

In her own words, Katie describes why her commitment to the industry correlates to the success of her company. “It’s really not about the dollars and cents. I’ll be honest, I truly love what I do. I’m passionate about natural stone.” Learn more at https://www.naturalstoneinstitute.org/programs/awards/person-of-the-year/.