Spanish Rosal Stones had a life cycle assessment drawn up for its Albamiel limestone and thus landed a hefty order in Paris, 1000 km away 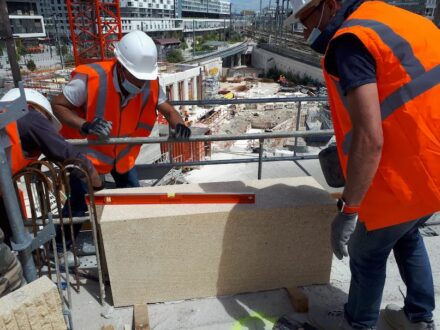 The Spanish natural stone company Rosal Stones had a life cycle assessment prepared for its Albamiel limestone. “It meant two years of hard work and a considerable investment of money and resources,“ says Managing Director Catalina Sánchez, outlining the project. However, the investment has already paid off: the company has supplied a whole lot of stone for a new zero-emissions neighborhood in Paris for the solid construction method used there.

For the stone sector as a whole, it is not only interesting that the investment in green certifications pays off. The new district in Paris where the stones were used is more than 1000 km away from the quarries in Spain.

The fact that the Albamiel was nevertheless able to outperform other building materials is due to the fact that natural stone is simply there by nature – it does not need to be produced. With it, the consumption of energy and resources begins first with quarrying and then continues with processing, transport to the construction site, installation there, care for the time of use and final disposal. Of all the building materials, only the other natural materials such as clay have a similarly good eco-balance or wood as a renewable resource. However, their service lifetime and reusability is much lower than that of natural stone. 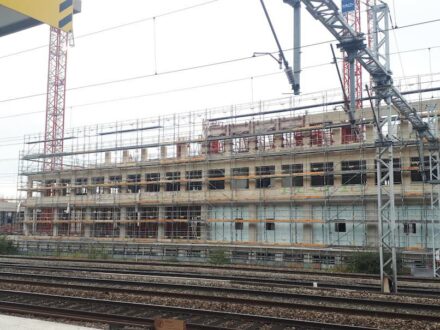 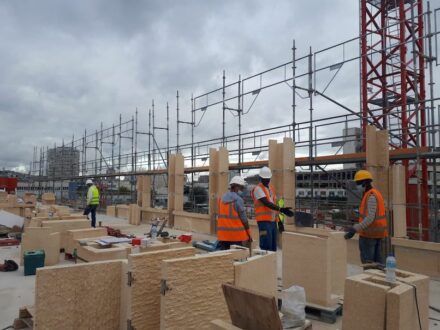 The new district in Paris is called Îlot Fertile. It is located in the 19th arrondissement not far from the Bois de Boulogne and was for many years a forgotten brownfield site. Now a new neighborhood is being built there with ambitious goals: to offer citizens what they expect from a modern city, while being built under ecological guidelines. “What if it was the birth of a zero carbon district?“ reads the project’s webpage.

There were strict conditions for the selection of building materials. Rosal Stones participated with its certifications, prepared by the French institute INES. Currently, the company supplied 530 m³ of its Albamiel limestone (Calcarenite) with thicknesses of 33 and 29 cm, respectively. Other elements had 8 cm thick elements with L and U-shape respectively.

The success that the company, founded in 1980 by Manuel Sánchez Marín and his wife María Robles Jiménez, is now achieving in the ecological arena is no coincidence. As early as 2005, the family-owned firm, based in the Spanish province of Murcia and now employing 27 people, underwent ISO 9001 and 14001 standards for further development and quality improvement.

Ten years later, the 2nd generation, with the 3 children of the founders, took up the environmental theme and drew up a plan for the years 2016 to 2019, within the framework of which CO2 emissions have been reduced by 40% to date.

In 2017, they underwent the UNE 22470 and UNE 22480 standards, and the most recent step was the collaboration with the French INES Institute, which prepared the life cycle assessment.

CEO Catalina Sánchez gives a glimpse into the future: “If more suppliers of sustainable construction materials explored these paths, together we could reduce the weight of harmful and highly polluting materials in the construction industry.“ 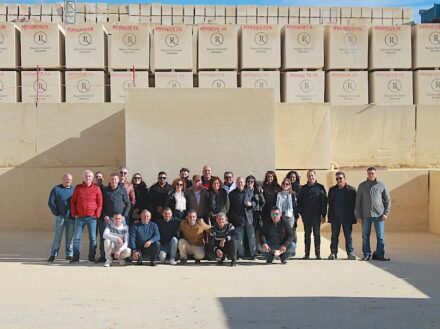