A stimulating search game: Neïl Beloufa’s installation “The Moral of the Story“ in Piazza Liberty in Milan 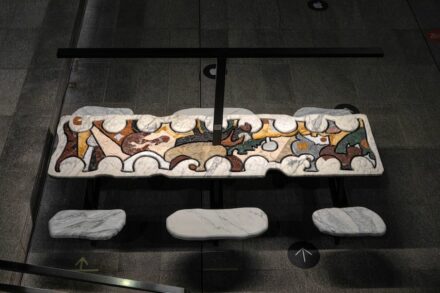 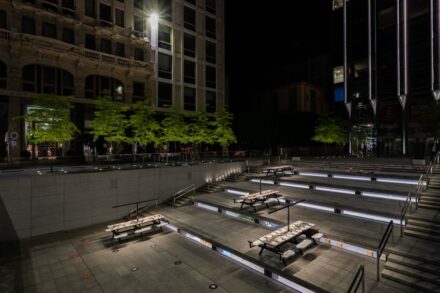 Is the story from the desert meant to make us dream? Or does it want to help us see the consequences of capitalist self-interest? In his latest installation entitled “The Moral of the Story“, Neïl Beloufa tells a fable of his own devising about a half-thirsty camel that harnesses a group of desert foxes for its own purposes, who in turn exploit a colony of ants – and in the end the whole thing turns out adversely for everyone.

The installation can be seen at Piazza Liberty in Milan until September 20. It was realized by Henraux from near Carrara on behalf of its foundation – it is clear that the installation is made of marble. Henraux company celebrates its 200th anniversary this year. 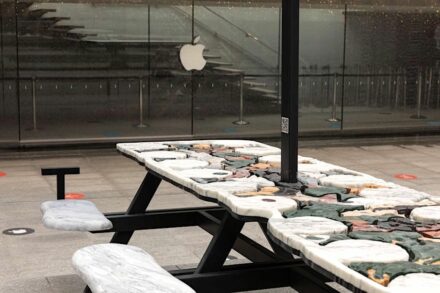 If you were to ask the French-Algerian artist Neïl Beloufa about the message of his fable, he would probably shrug his shoulders. For he does not want to make statements with his work of art. He wants the viewer to set off on his own path through the associations and to arrive at his own individual experience in the end.

The installation had previously been on view in a different form in a gallery in London. In Milan, Beloufa has chosen the small amphitheater in the piazza in the center of the city as the setting, where the visitor has to go down a few stairs from the normal street level to reach the art objects. 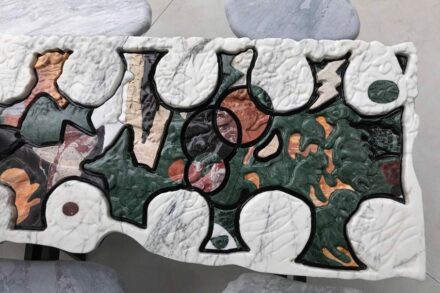 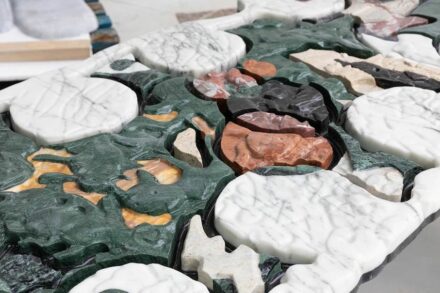 Seen from a distance, they are 4 tables with benches that could have come from a beer garden, inviting you to sit down and maybe even have a picnic.

To sit down perhaps, but for a picnic certainly not. The table tops are designed as bas-reliefs, i.e. they have depressions and elevations. Different types of marble were used.

A QR code allows the narrative to be read aloud.

Of course, visitors immediately begin to look for the episodes and the animals involved in each case in the structures in the tabletops – but soon they realize that the depictions are only hints. An interaction of the forms or even the whole story is not to be recognized. 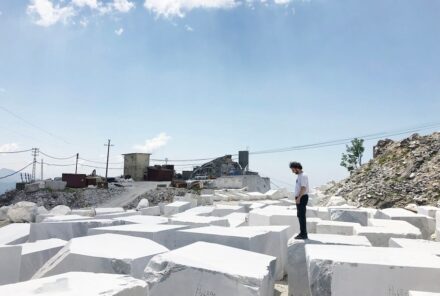