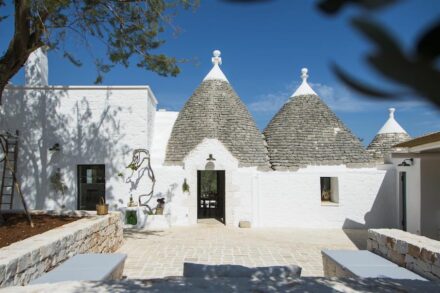 An example of trulli restoration and modernization is “La Cipressa“ in Apulia, southern Italy, where an entire complex of these low turrets was combined into a vacation rental. The architects were Aldo Flore and Rosanna Venezia of the firm Flore & Venezia, which specializes in the preservation and reuse of historic buildings.

They see such buildings as “bond of love between man and his space,” as their webpage puts it. With careful additions for modern living, they wanted to make the original atmosphere useful in a contemporary way. “Antique things found in the worksite” are incorporated and integrated with new features. 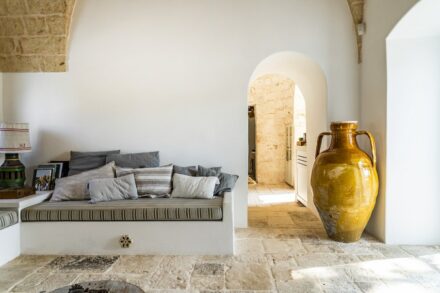 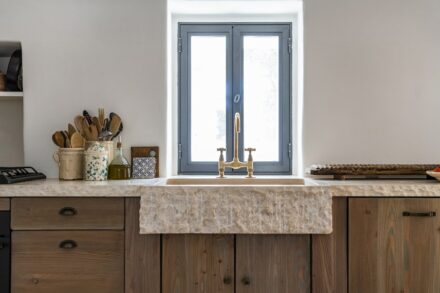 La Cipresssa is located in a hilly landscape in the mountains of Ostuni not far from Brindisi. Olive trees have characterized the landscape since ancient times.

It is in the original an ensemble of 3 trulli connected to each other. New features include several bedrooms, a swimming pool, a terrace, and a fireplace. 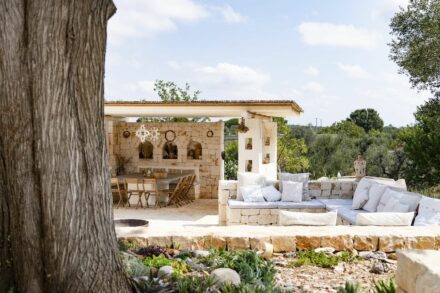 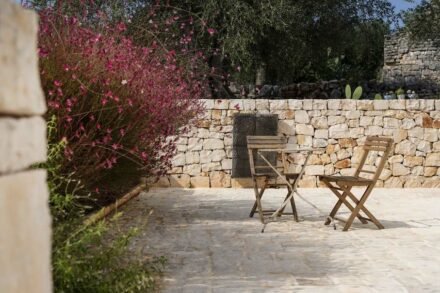 The exteriors were created in the style of classic dry stone walls.

Trulli are a typical building form around the Mediterranean. Characteristic features, besides the distinctive round shape, are the thick outer walls. They have only tiny windows. The walls act as cold accumulators, so that even in the great summer heat the temperatures inside remain bearable. Conversely, they retain summer heat long into the cold season.

For today’s use, the facility has air conditioning.

Trulli in the fields were mostly used as shelters. As dwellings in the villages, plastered exterior walls have become common. Their dazzling whiteness comes from painting with the so-called white milk of lime. 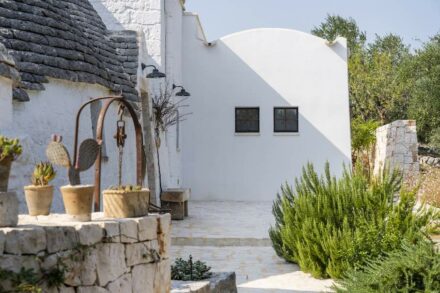 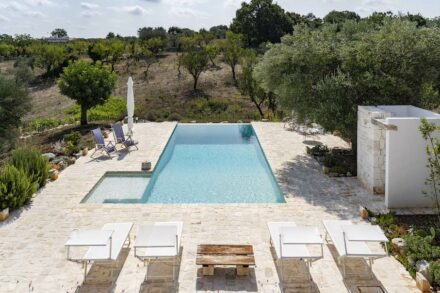 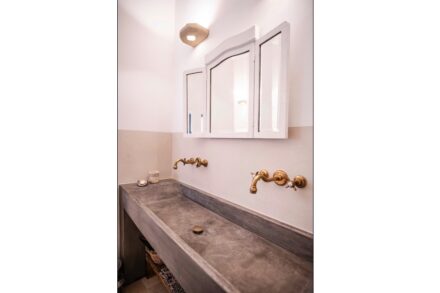 Another characteristic of the trulli are the tower-like roofs made of tuff. Their distinctive keystones, which have only a decorative function, are striking.

“The recovery of a complex of trulli has as its theme healthy living, contact with the earth, this without renouncing the charm of history transmitted by every single stone,“ states a press release from Fir Italia. It has contributed the taps and mixers to the modern interior design. Their press release had drawn our attention to the project.

The sanitary elements come from Fir Italia’s “Canterbury 30“ collection with a “typically English design,“ which the clients had specifically requested, according to the press release. 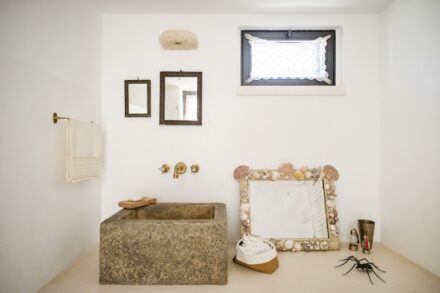 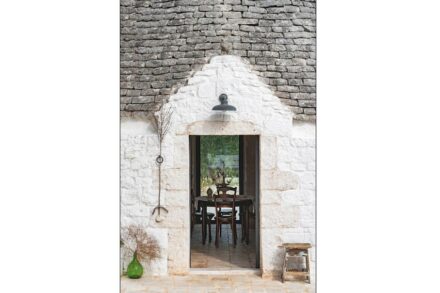