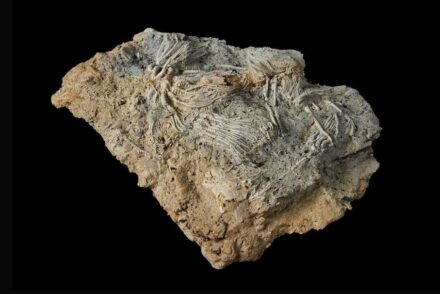 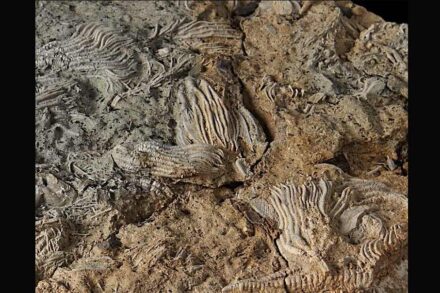 The Natural History Museum (NHM) in London has excavated one of the largest and most important finds of exquisitely preserved Jurassic echinoderms ever found at a secret location in the Cotswolds in the heart of England.

Echinoderms are a group of animals including starfish, brittle stars, feather stars (stalk-less crinoids), sea lilies (stalked crinoids), sea cucumbers and echinoids (sea urchins and sea potatoes or dollars). Surprisingly, and highly unusually, species belonging to all these groups have been discovered at the site.

Natural History Museum Senior Curator Dr Tim Ewin, says: “The exceptional preservation of so many individuals belonging to diverse echinoderm groups is exceptional and makes the site comparable to the best in the world.“

The site, which was discovered by two non-professional paleontologists (Sally and Neville Hollingworth) who then alerted the Museum to its possible importance, would have been a warm, relatively shallow sea some 167 million years ago.

Dr Tim Ewin, said: “It seems likely that a river was flowing into the sea nearby bringing in high levels of nutrients which attracted the large numbers of echinoderms we are finding.“ 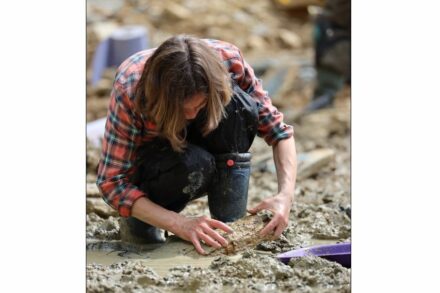 “It then appears that the whole area was rapidly buried during an underwater mudslide. This is evidenced by the fact that we are finding some fossilized stalked and unstalked crinoids here in what we refer to as a ‚death pose’, where the animals have died trying to shield themselves by wrapping their arms around their bodies.“

This series of events led to almost an entire ecosystem being preserved in exceptional quality. Feather stars, sea lilies and starfish fossils are traditionally extremely rare as their multiplate skeletons quickly falls apart after death meaning only instant burial would allow them to be preserved whole. 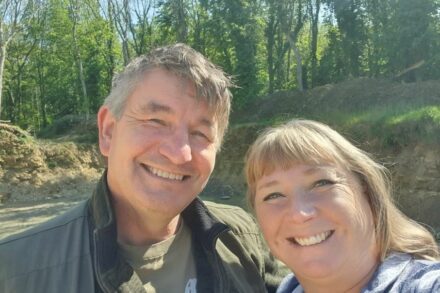 Sally and Neville Hollingworth originally researched the site during lockdown and later gained permission to investigate from the landowners.

Sally said, “We were looking for new sites to explore once lockdown ended. We do this by scrolling through google maps around areas we know fossils have been found. The site we eventually discovered, a small quarry, seemed perfect.“

Neville added, “We thought we would find a few interesting specimens but never expected the site to be so special. As soon as we realized what we were dealing with, and the scientific importance of it, we contacted the Natural History Museum.“ 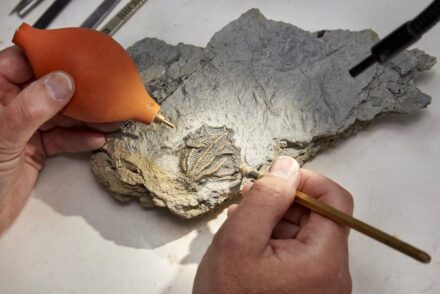 The team believe they have unearthed three new species so far, a type of feather star, a brittle star and a sea cucumber. Many of the other species being unearthed at the site are already known to science, however, many were described over 100 years ago and based on incomplete or poorly prepared specimens. The new site will therefore provide vital new information to describe and contextualize these species which will lead to a better understanding of how these iconic groups evolved and diversified into the ecologically important organisms they are today.

So far the team have spent three days excavating the site and have collected approximately 100 slabs, which are now being prepared for future study and public engagement. 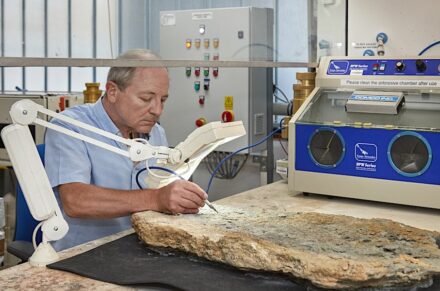 Mark Graham, Senior Fossil Preparator at the Museum, explains, “Many of the specimens we have excavated are trapped in large slabs of clay in groups. We now need to carefully explore these blocks to discover the most scientifically important specimens and prepare them for public display.“

“We have collected enough material to keep us busy for quite some time but I am hopeful that once cleaned up these fossils will provide a huge amount of new information about how these creatures and their long-gone ecosystem functioned.“

The team hope to return to the site again in the near future and have already begun the process of identifying the potentially new species of feather star, brittle star and sea cucumber discovered.