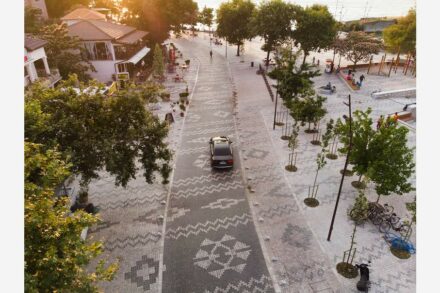 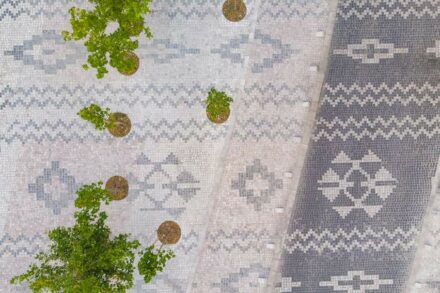 The goal of the striking shoreline design in the Albanian fishing village of Shiroka was not only to reflect the picturesque area to citizens and visitors, but also to make it experienceable as a unity. The Casanova-Hernandez office, with offices in Rotterdam and Tirana, achieved this, among other things, with a paving that stretches for a good 500 meters along the shore and picks up motifs from the culture of that area. “Albanian Carpet“ was therefore the title of the project.

The fishing village is located on Lake Scutari on the border with Montenegro, not far from the town of Shkodër. The view over the wide lake seems to go on into infinity; on the other side in Montenegro rise the Rumija mountains. 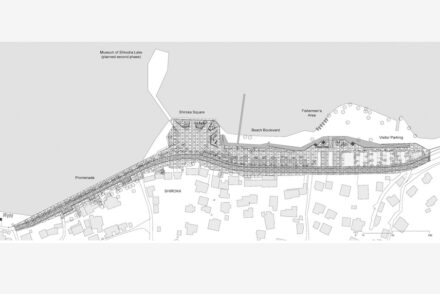 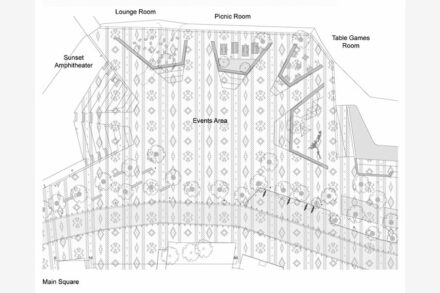 After the end of the communist dictatorship in Albania, a gold-digger mentality prevailed in the fishing village. The lakeshore was wildly built up with private houses, restaurants, kiosks, and private parking areas and disappeared behind an unsightly residential and commercial zone, as is known from shores or coasts elsewhere.

In the place of this development, the architects planned a public usable area, quasi an elongated park, as a unified area experienceable through the “carpet“, which indeed appears as if rolled out. The pavement of the street that runs along the shore is also designed in this way. 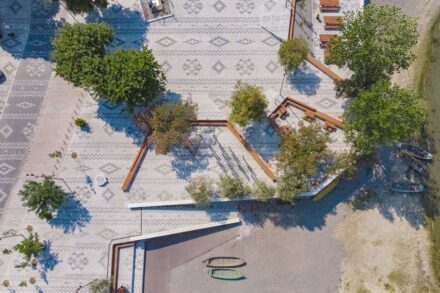 The eye-catching paving pattern with elements from local textile art causes drivers to slow down.

White and black granite stones ( 9 x 9 x 6 cm) were used for this purpose, laid in a pixel-like pattern. Where there are steps, the patterns do not tear off, but are continued across them. 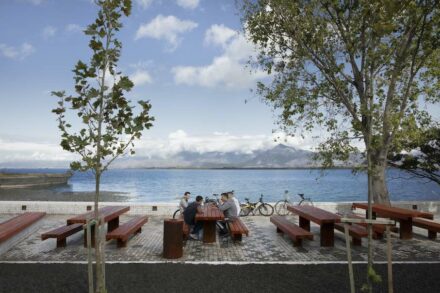 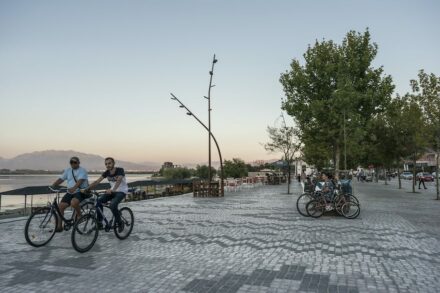 These steps, in turn, play an important role in the concept: they lead to higher levels, where the architects have created, as it were, public rooms with benches and tables. These are to be appropriated by citizens for a time: for picnicking, debating, or playing games, etc. 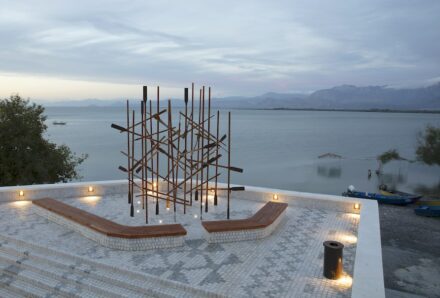 The arrangement of the steps creates a kind of amphitheater at one point.

This place is kept free of trees. Otherwise, the old greenery is lovingly integrated into the layout. Numerous new shrubs were added.

The project in Shiroka is part of a larger development project along the lakeshore, financed by the neighboring city of Shkodra and the Albanian Development Fund. It covers about 115 hectares, and also includes hiking and biking trails, the restoration of a natural fishing harbor, and the construction of a new museum on the shore, which will be accessible from the amphitheater.

The design has been nominated for the 1st phase of the 2022 European Mies van der Rohe Architecture Prize. 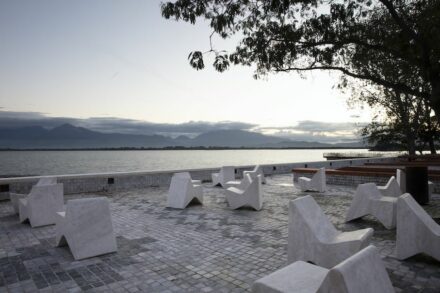 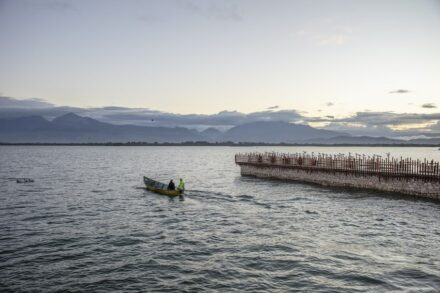