Peter’s Corner: the stone sector urgently needs to deal with its waste and residual materials in its public relations work 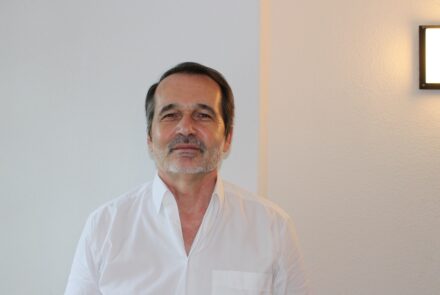 The reason is that in an article in the influential magazine Architectural Digest, a mood is being created against natural stone

It was predictable, and now it has happened: an international magazine claims in an article about the ecological strengths of natural stone that the sector does not cut a good figure at all when it comes to waste.

The text points to a field in which the natural stone branch must become active: for it is true that by nature it has a material that achieves the best values in terms of the environment and the climate. However, it is now up to it to show through its own achievements that it also deserves this gift.

In concrete terms, this concerns an article in the online edition of the internationally influential magazine Architectural Digest, in which the strengths of marble are first listed: beauty, durability, low consumption of gray energy, etc. are mentioned. We have linked the article below.

But then it says after the praises about the stone: “But its eco-appeal comes with a giant asterisk, one made of irregular-shaped offcuts and dust from an extraction and production process that turns between 30% and 70% of the raw material into waste and guzzles up copious amounts of energy and water—with environmental impact as a dire consequence.“

These are strong and false claims, but it was clear that they would come up sooner or later. For their part, competitors have long emphasized how good they are in terms of waste.

For example, their press releases and trade shows constantly state that ceramics and engineered stone have a high percentage of recycled material.

Another aspect of the waste issue was recently addressed by the Italian ceramic manufacturer Fiandre in a press release: the formats of its products are designed in such a way that waste is avoided during installation, it says. One can only comment on this with a shake of the head – but it is a resonant argument that sticks with the end user.

So, the stone industry would do well to make waste a topic in its information as well. In fact, it is in a very good position here, too, as the example of the Swiss company Bärlocher, with whom we conducted an interview, shows.

Waste is a particularly important topic in the discussion about the environment and climate for another reason – because it is the aspect that is easiest for consumers to understand. This is where he can most conveniently take action, do a little something and feel very good afterwards.

In other words, life cycle assessments and all that data stuff are good and necessary when it comes to communicating with professionals like architects or designers.

But when it comes to dialog with the end consumer, waste is a much better topic. Pardon – not the waste, the residual material.