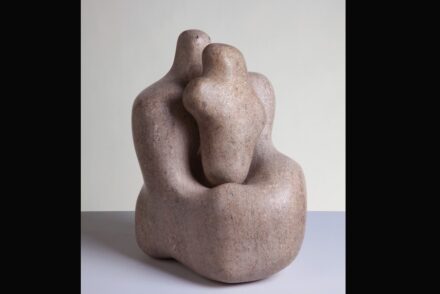 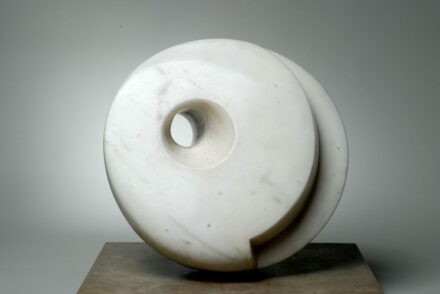 The exhibition „Barbara Hepworth: Art & Life“ in the Hepworth Wakefield Garden in West Yorkshire, UK, presents an in-depth view of the artist’s life, interests, work and legacy. It displays some of her most celebrated sculptures including the modern abstract carving that launched her career in the 1920s and 1930s, her iconic strung sculptures of the 1940s and 1950s, and large-scale bronze and carved sculptures from later in her career.

Barbara Hepworth, born in 1903, strongly influenced sculpture with her development of a new aesthetic sensibility. 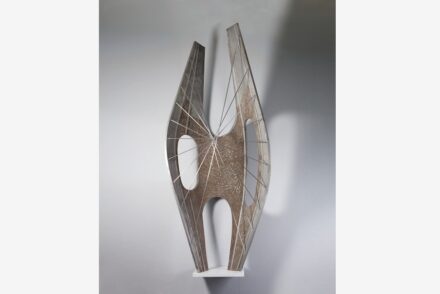 In the exhibition (until February 2022), key loans from national public collections are being shown alongside works from private collections that have not been on public display since the 1970s, as well as rarely seen drawings, paintings and fabric designs. It reveals how Hepworth’s wide sphere of interests comprising music, dance, science, space exploration, politics and religion, as well as events in her personal life, influenced her work. 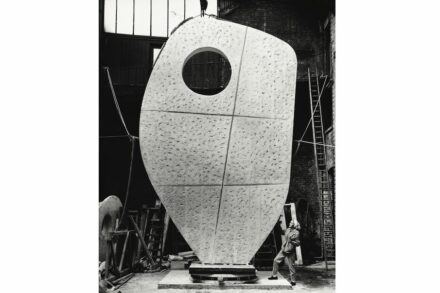 The exhibition opens with an introduction to Barbara Hepworth’s work, showing the three sculptural forms she returned to repeatedly throughout her career using a variety of different materials. A detailed look at Hepworth’s childhood in Yorkshire through archive material and photographs includes some of the artist’s earliest-known paintings, carvings and life drawings as she began to explore movement and the human form. A proponent of direct carving, Hepworth combined an acute sensitivity to the organic materials of wood and stone with the development of a radical new abstract language of form.

Hepworth’s determination to break free from accepted tradition was enhanced by traveling to Paris in 1932 where she visited the studios of many of the leading European avant-garde artists including Jean Arp, Constantin Brancusi and Pablo Picasso. A large section looks at Hepworth’s development of abstraction in the 1930s including Three Forms (1935) created shortly after she gave birth to triplets, an event she felt invigorated her work towards a bolder language of geometric form. 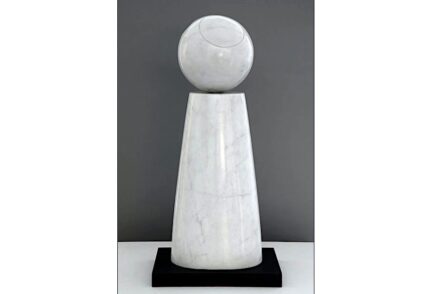 One of the few examples in existence of Hepworth’s first colored stringed sculptures in plaster, made during World War Two, is being shown alongside the many drawings she created during this period when sculptural materials were scarce. She described these drawings as ‘my sculptures born in the disguise of two dimensions.’ 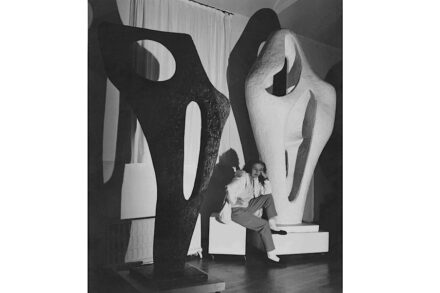