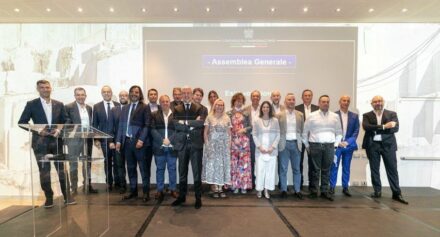 Italian stone association Confindustria Marmomacchine has sent out a newsletter with a report from its General Assembly in Milan:

The recent 2021 General Assembly of Confindustria Marmomacchine – held on July 15 in Milan and attended by more than 130 delegates from all over Italy and by representatives of the main government institutions and business organizations – was an important event for the sector also in terms of the association’s governance since its members cast secret ballots to elect the 20 members of the board of directors for 2021/23 as well as the board of auditors and the ethics and disciplinary committee for 2021/2025.

The board of auditors elected for the 2021-2025 term were GARLASCHELLI Emanuela, MARTINI Giorgio and PATELLI Marco. Finally, the new Ethics and Disciplinary Committee will consist of BIANCHINI Giorgio, COMANDULLI Ernesto, GHIRARDI Franco, MARCHETTI Cesare, NOVARIO Eugenio and ZERLIA Carlo.

Video of the General Assembly 2021